The tiny distributor Ava DuVernay launched nearly a decade ago is putting her Hollywood clout to use with funding, exhibition, and more. 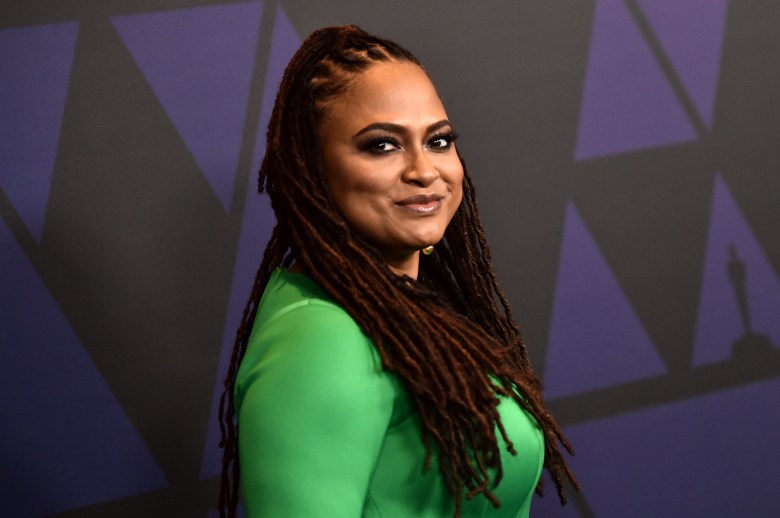 It’s an impressive achievement, but the next step in the compound’s buildout is a state-of-the-art, 50-seat theater that will screen the half-dozen ARRAY titles it plans to release in 2019 and work by local artists, and will be made available for rental. Located west of downtown Los Angeles — a part of the city that doesn’t house many media moguls — it’s also the area’s only independent theater. And it comes at a time when exhibitors are apoplectic over the impact of Netflix and other major streaming companies.

ARRAY VP Tilane Jones said that’s one reason they chose to open it. “It’s really a labor of love, which is all driven by a desire to be in service of people,” Jones said. “Our filmmakers and our audience.”

When DuVernay launched ARRAY (then known as the African American Film Festival Releasing Movement, or AFFRM), her goal was to put movies by black filmmakers (including her debut, “I Will Follow”) in front of audiences. Since then, ARRAY has released 22 titles — many of which, without ARRAY, might never have seen theaters. Before its acquisition of Andrew Dosunmu’s “Restless City,” the film sat on the shelf for over a year after its 2011 Sundance Film Festival premiere. Similarly, Storm Saulter’s “Better Must Come,” a landmark in Caribbean filmmaking, traveled the international film festival circuit for almost two years before its acquisition.

This year’s acquisition of “Merata,” a documentary on pioneering Māori filmmaker and activist Merata Mita, represented a first for ARRAY: It bought the film at the 2019 Sundance FIlm Festival, shortly after its premiere. “AFFRM was officially launched at Sundance, so yes, it was a major check off on our list to be able to pick up ‘Merata’ at Sundance,” said Jones. “That was an exciting moment.”

However, DuVernay and Jones soon realized that buying the films was only half of the equation. Booking them was often an even bigger challenge, with larger theater chains showing little interest. The ARRAY library is an eclectic selection of independent films, many of which were directed by women and/or people of color, united by singular visions and themes of social justice — a template that mainstream distributors often dismiss out of hand. For DuVernay, who worked as a movie marketer and publicist for more than 14 years, this represented an opportunity.

“It’s about not only ownership, but also access,” said Jones. “We are really trying to honor the theatrical tradition, so our audience has access to work they may not see elsewhere, effectively changing the mindset of what they believe should or should not be on the big screen.”

While that screen is an ARRAY priority, Jones said much of the company’s success ties back to Netflix. ARRAY releases its films day and date with the streaming giant.

“With Netflix’s availability, and the fact that they’re in 190 countries, that’s definitely been great for ARRAY,” Jones said. “We probably wouldn’t have the reach that we now have, without them.”

ARRAY also looks beyond traditional theater circuits, working with film festivals and other arts organizations to put ARRAY titles in nontraditional venues. For example, the March 29 release for “The Burial of Kojo,” the feature debut from Blitz Bazawule, saw one-week bookings in Beverly Hills at Ahrya Fine Arts by Laemmle and at the Stuart Cinema & Cafe in Brooklyn as well as select screenings at Harlem’s ImageNation Cinema, Oakland’s California College of the Arts, the National Museum of African American History and Culture in Washington, D.C., and the Black Film Center Archive in Bloomington, Ind.

The strategy gives ARRAY films much longer runs, but it’s a business model that tends to value exposure over revenue. The company’s largest title to date is DuVernay’s 2012 Sundance-winning drama “Middle of Nowhere” starring Emayatzy Corinealdi and David Oyelowo, which was released in partnership with Participant Pictures and grossed over $236,000 at the box office. However, Jones said there are no immediate plans to consider a more capitalist path.

“We’re not anything like a money-making venture,” Jones said. “We’re evolving organically and I think that the work we do is unique to our filmmakers, and the films that we distribute. We really customize our PR and marketing around our films, and we’ve cultivated an audience that has come to have certain expectations of us, so I don’t see us needing to lean towards a very traditional type of distribution model.”

According to Jones, ARRAY has yet to compete with other distributors for films — but she’s seen filmmakers being drawn to its unique approach. “There are filmmakers who you would normally think would be taking their films to larger distributors, who are actually now coming to us,” she said. “I think it’s because they see that our model works, and appreciate how we handcraft how we distribute these films.”

Bazawule said there were other potential suitors for “Kojo,” but he believed it demanded a company that had a history of distributing similarly exacting films by black filmmakers, about black people.

“Oh man, they are family, and I could not fathom doing this with anyone else,” he said. “They get it, which made it easy to skip so many steps that would probably have been necessary with another company. With Ava and her team, I haven’t had to explain one element, not artistic, not marketing, not communication. They just get it. I’m standing on the shoulders of 21 releases, which is huge because that told me that they’re primed, and that it’s a machine that’s been fine tuned. So I realize that I’m coming in at a very privileged point in their evolution, based on the experience they’ve gained from all the work they’ve put out already.”

Even as DuVernay moves into the DC Universe with her next film, “The New Gods,” ARRAY’s plans remain firmly grassrooted. Last year, it partnered with Los Angeles Mayor Eric Garcetti and producer Dan Lin to launch the Evolve Entertainment Fund, which provides promotion, grants, and gap financing for communities historically excluded from the entertainment industry.

And nonprofit arm ARRAY Alliance plans to create grants for African American, Latino and Asian American film festivals, societies and clubs, as well as support the screenings, curriculum, and teacher training that will help young audiences learn the value of art, independent film, and social justice.

Any resemblance to the Sundance Institute — with a concentration on providing opportunities for people of color and women — is intentional.

“The fact that we’ve proven that there is an audience for our work, that’s industry change in itself,” said Jones. “It’s not just like past trends. It’s very real. I believe we’re witnessing a fundamental shift before our very eyes, and we want to be at the forefront.”

This Article is related to: Film and tagged Array, Ava DuVernay, The Burial of Kojo