Talent from all corners of the Disney empire was on hand to celebrate the "Avengers" finale — including Ryan Coogler, who waxed rhapsodic about Thor. 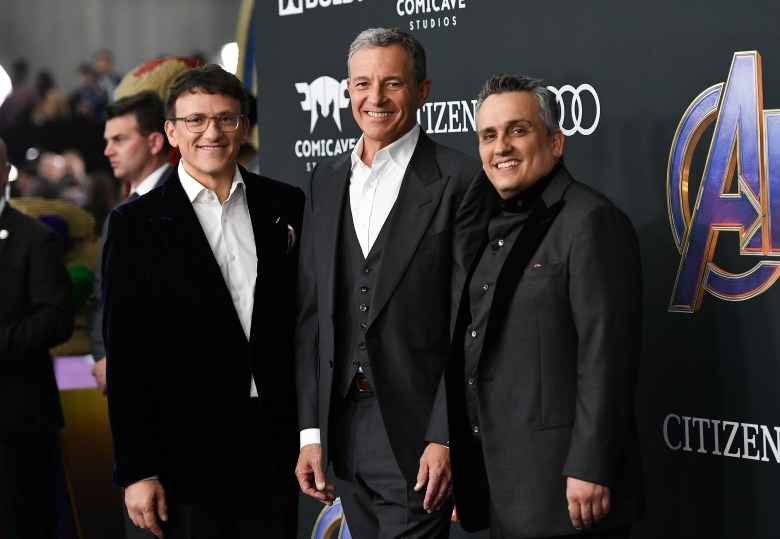 At the April 22 “Avengers: Endgame” premiere at the massive Los Angeles Convention Center, Disney chairman and CEO Bob Iger stood in front of a 70-foot screen and before 2,000 people wedged into narrow stadium seats as he announced that they were here to celebrate the finale of the “Avengers” branch of the MCU universe. Not that anyone needed the reminder: “Avengers” fever has captured the internet, the media, and every imaginable marketing platform. However, he may as well have been cueing the audience to notice something even larger than the Marvel superheroes: This premiere represented not only the state of its studio, but of the industry itself.

It’s more than a blockbuster; it represents the possibility, and the paradigm, of a billion-dollar opening weekend. It comes at a time when the box office is struggling from week to week, but begs the question of whether a success of this size is good for the long-term health of exhibition as well as the film industry itself. And it’s produced by a conglomerate that not only dwarfs all other distributors at the box office but represents no less than a half-dozen major film studios, of which Marvel is only one.

But first, “Avengers: Endgame.” After a three-hour screening that represented the culmination of a decade of movies launched by Jon Favreau’s “Iron Man” back in 2008, star Robert Downey, Jr. and the rest of the “Avengers” cast assembled on the stage. “The sheer number of people who contributed to this event is impossible to evaluate or understand,” said directors Joe and Anthony Russo before turning the mic over to the six original Avengers. 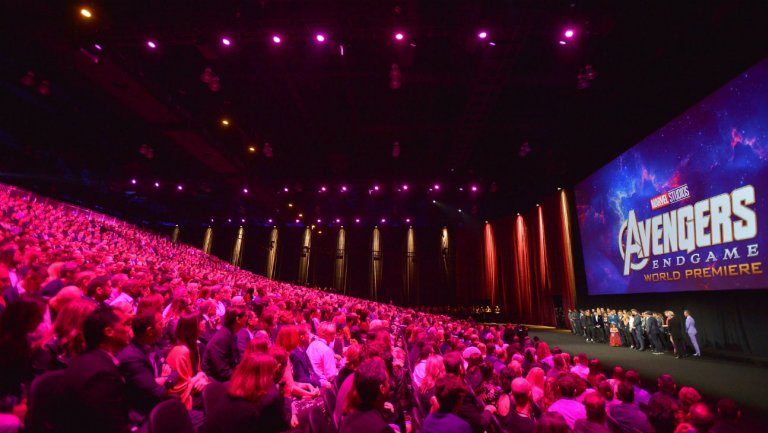 “It’s been an amazing ride…it’s been a trip of a lifetime,” said Mark Ruffalo (The Hulk). “It’s been a large chunk of my life,” said Chris Evans (Captain America). “I cried like six times. We have a lot of parties and afterparties.” Echoing a line in the movie, Downey said, “We love you times 3,000.” An “overwhelmed” Scarlett Johansson (Black Widow) said she was “fortunate to be with a cast of creative like-minded people on an impossible journey.” Chris Hemsworth (Thor) said, “I cried more than six times … I love this whole cast, every single one of you. This opportunity has changed all our lives.” Jeremy Renner thanked Marvel president Kevin Feige: “We are here because of you.” And Feige ended the session: “There’s a party somewhere, let’s go find it!” 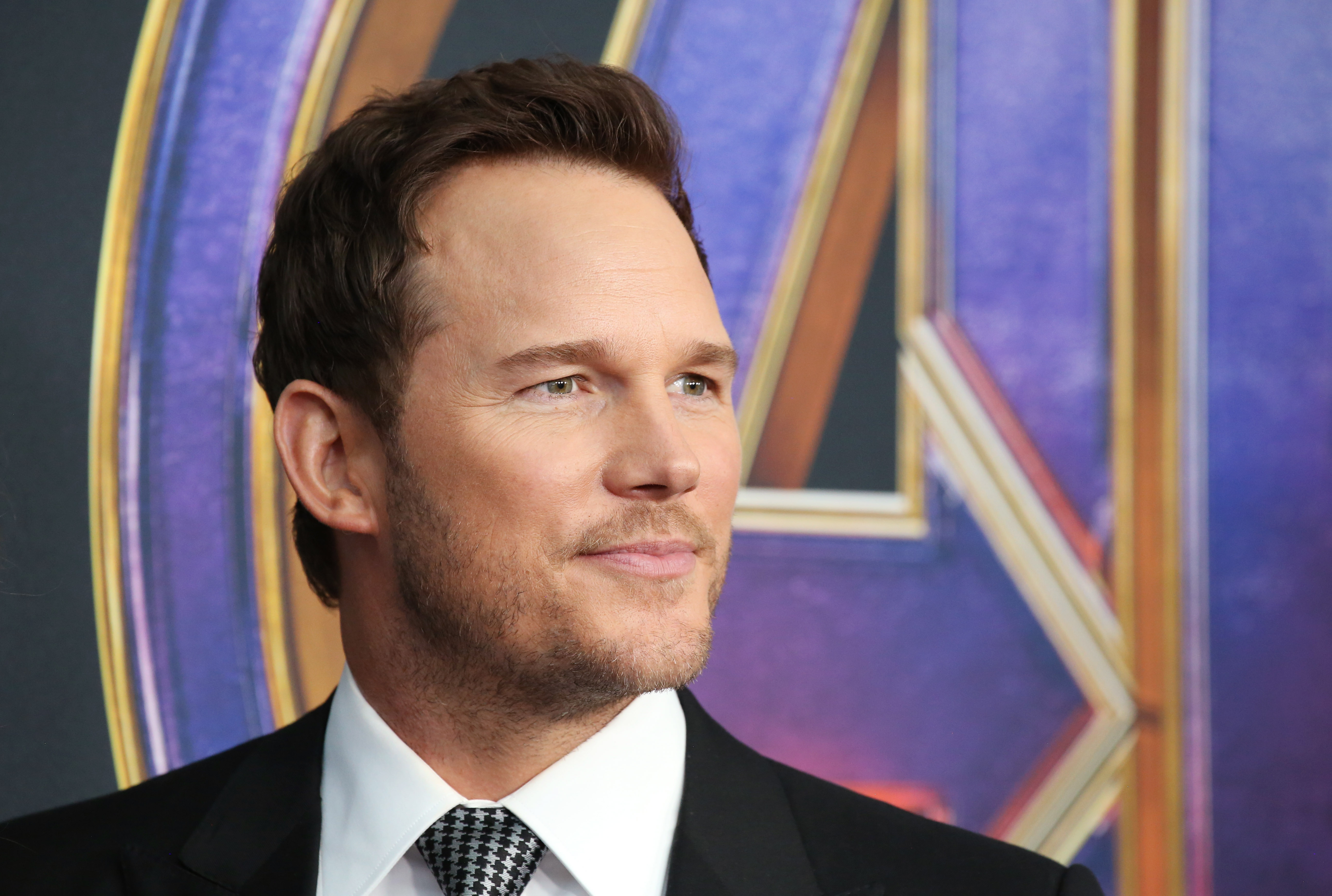 At the sprawling after-party decked with Avenger statues, Feige looked back on the long road since he announced the Phase 3 MCU lineup back at the El Capitan Theatre in Hollywood on October 29, 2014. Some films in that plan of sequels and new origin myths met their dates; some were pushed back to incorporate the partnership with Sony on “Spider-Man: Homecoming;” and two movies starring women superheroes were added to the docket, “Ant-Man and the Wasp” and “Captain Marvel.” For the 19th and 22nd movies, “Infinity War” and “Endgame,” Feige spent five years working with Christopher Markus and Stephen McFeely, deciding which of the Avengers would live, and those who would die. (They spent long hours moving two columns of “live” and “die” character photos back and forth.) 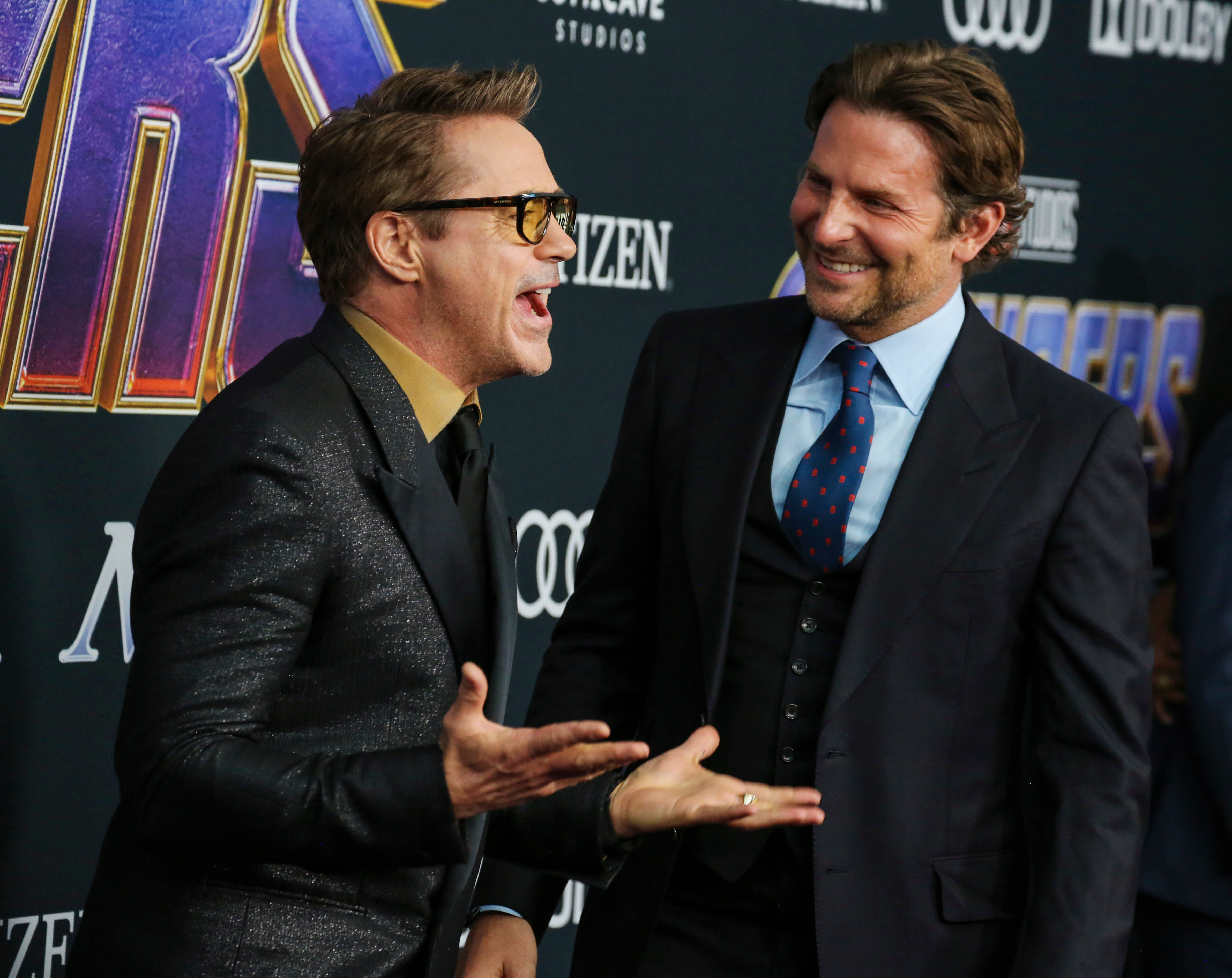 Feige said that he won’t announce Phase 4 until after he opens Jon Watts’ “Spider-Man: Far from Home” (July 5), starring Tom Holland. Will Johannson return as “Black Widow”? That is one of many questions. 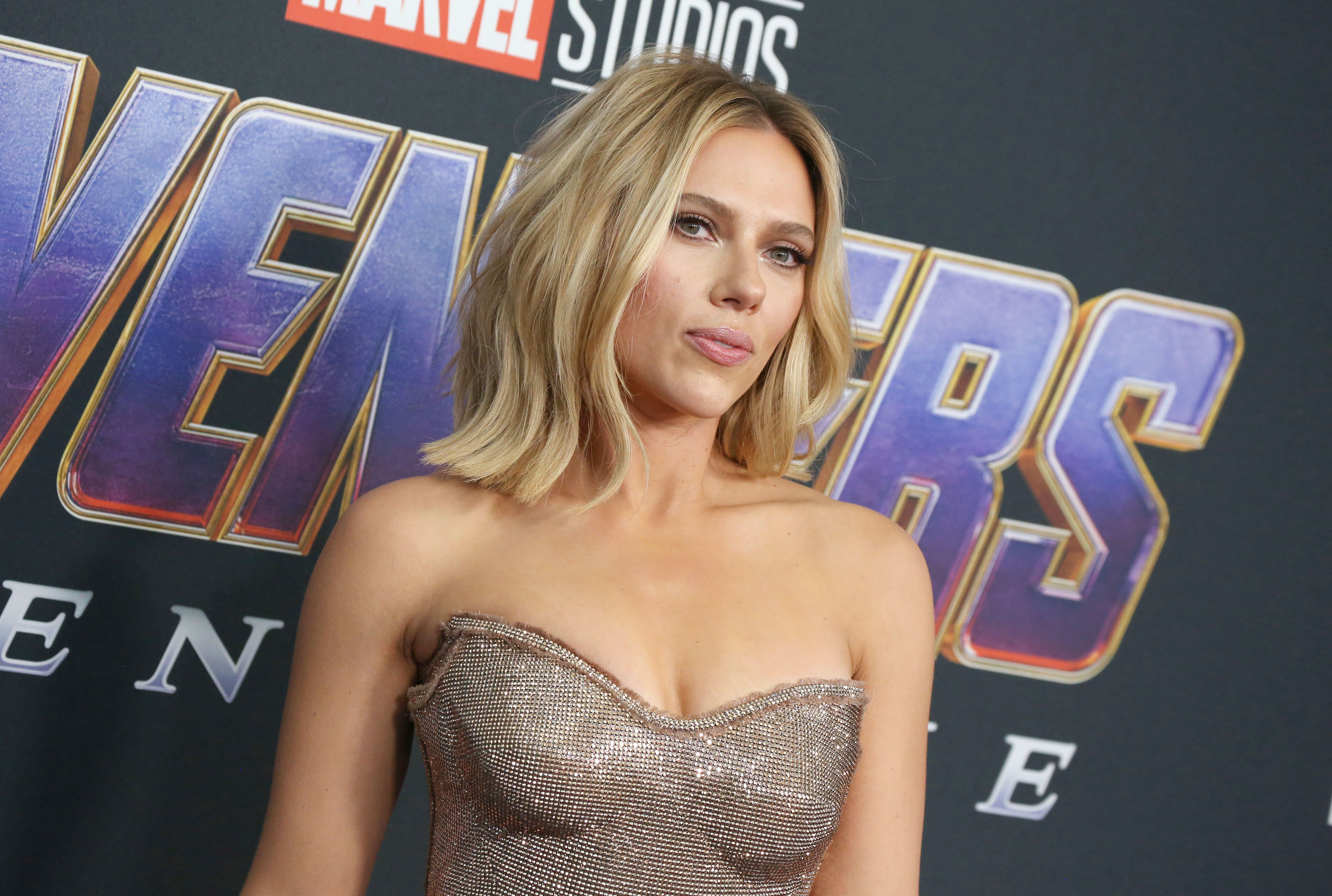 Fox Searchlight’s Nancy Utley was among the Fox executives at the party meeting new Disney colleagues such as Marvel production executive Nate Moore, who is heading to London in two months to start filming “The Eternals,” with Chloe Zhao (“The Rider”) directing a script by Matthew and Ryan Firpo. Angelina Jolie and Kumail Nanjiani star. So far, Searchlight is pursuing business as usual as they head for Cannes in May. Disney+ will not be a destination for their edgier R-rated fare; if those Searchlight titles go OTT, it will be on Hulu. (Disney is on track to own 70 percent of the company as it negotiates with AT&T for its piece.) 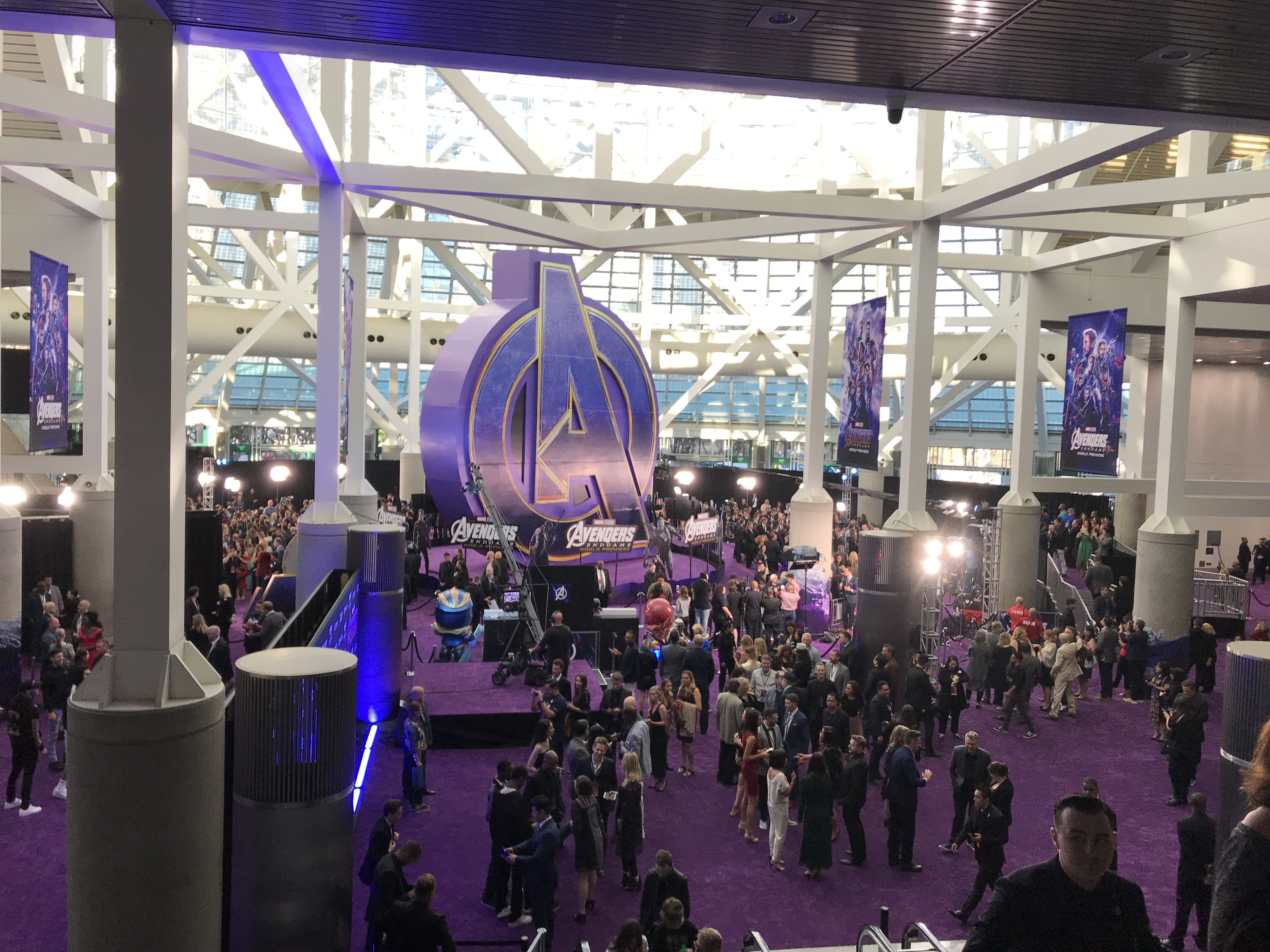 For his part, director Ryan Coogler is revving up development on “Black Panther 2,” which still seems a long way off. The biggest surprise for him in “Endgame”? He got a kick out of Chris Hemsworth’s hilarious depiction of depressed, beer-drinking, gut-busting “slacker Thor.” So will everybody else. Another high point is ILM’s astonishing VFX work on Ruffalo’s mo-cap performance as The Hulk. 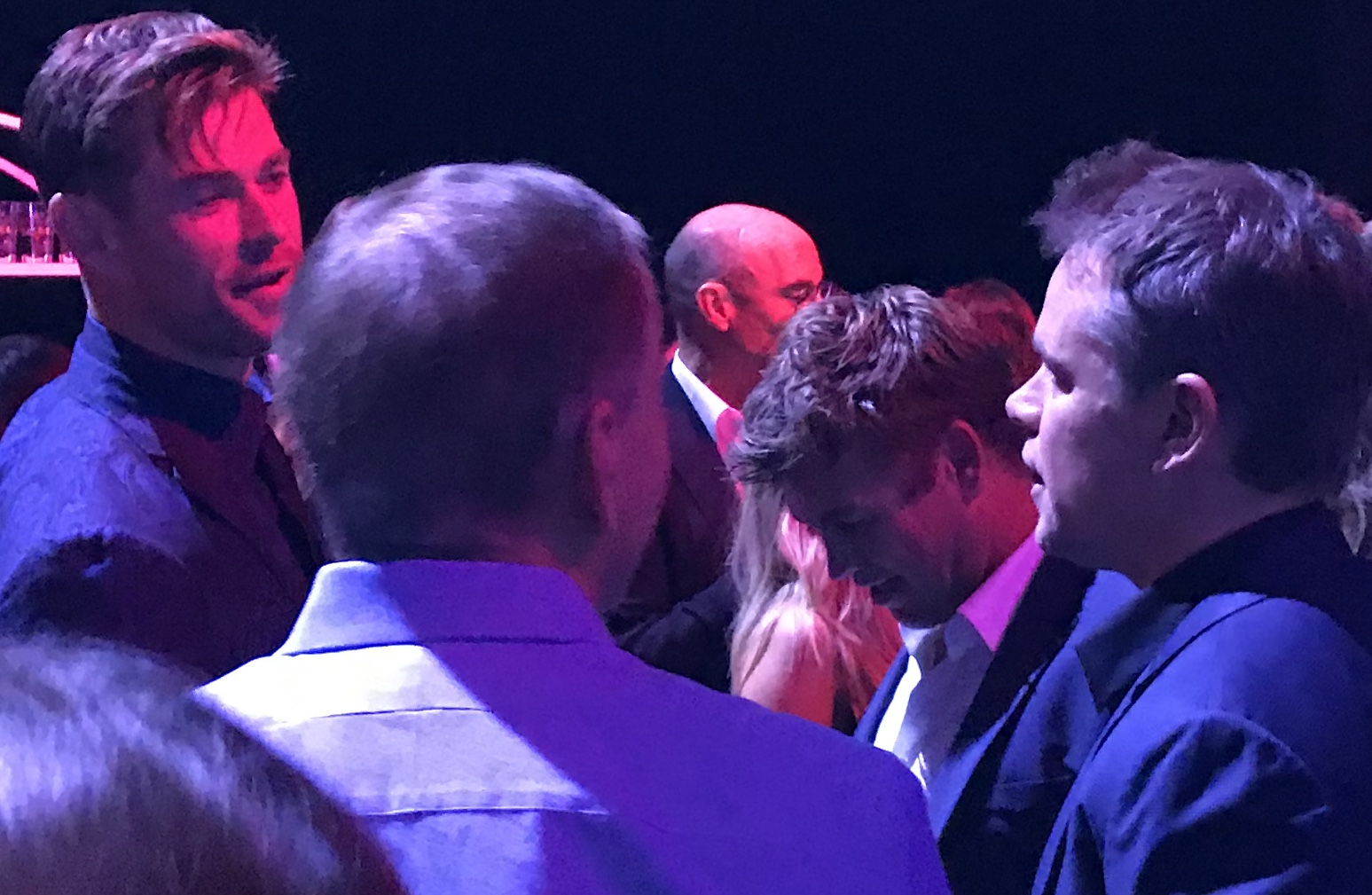 Chris Hemsworth and Matt Damon at the “Avengers: Endgame” afterparty.

While Marvel shines bright these days, the entertainment business is rattled by Netflix and other streamers as well as the current impasse between literary agents and writers. The film industry cannot thrive on comic-book movies alone. The box office is down by 16 percent so far in 2019, despite a substantial boost from “Captain Marvel” ($1.09 billion globally). Hollywood is banking on this Disney/Marvel behemoth to bring people back to theaters, which are booking unprecedented round-the-clock screenings over the “Endgame” opening weekend. That only adds to the pressure for Marvel to deliver: box office analysts are predicting a once-thought-impossible $1 billion opening weekend. 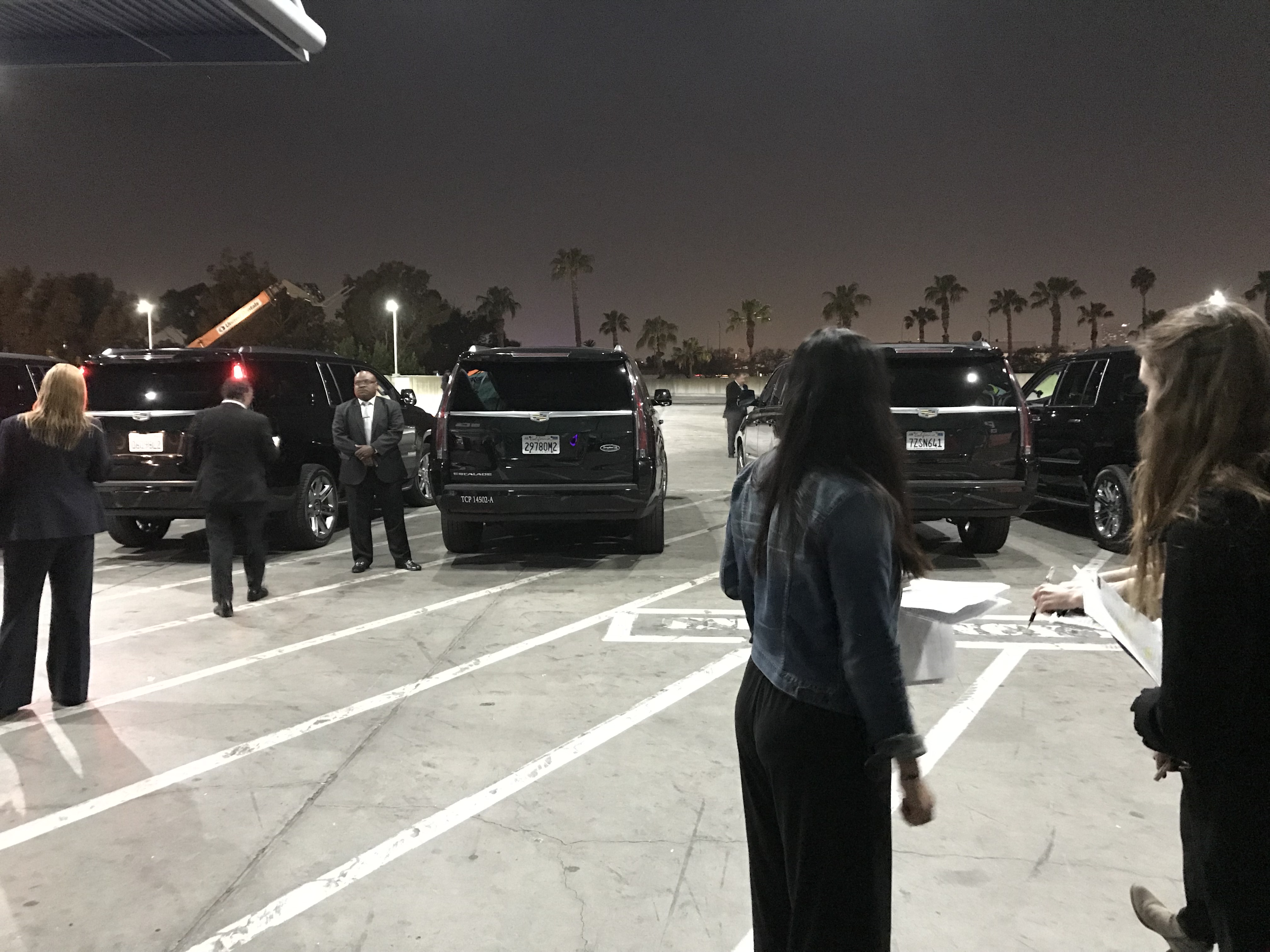 As Downey Jr., Evans, Johansson, Chris and Liam Hemsworth and their pals cheerfully headed out the back door to a glistening line of black limo SUVs and beckoning private after-parties, Disney studio chairman Alan Horn’s wife Cindy was pushing him toward the exit. He looked hunched and tired. He’s not only juggling Iger’s high expectations for Disney labels Marvel, Pixar, Disney live-action and animation, and Lucasfilm, he’s now charged with ingesting an entire studio, Twentieth Century Fox, and making it work. Yes, he admitted, it’s not always easy. 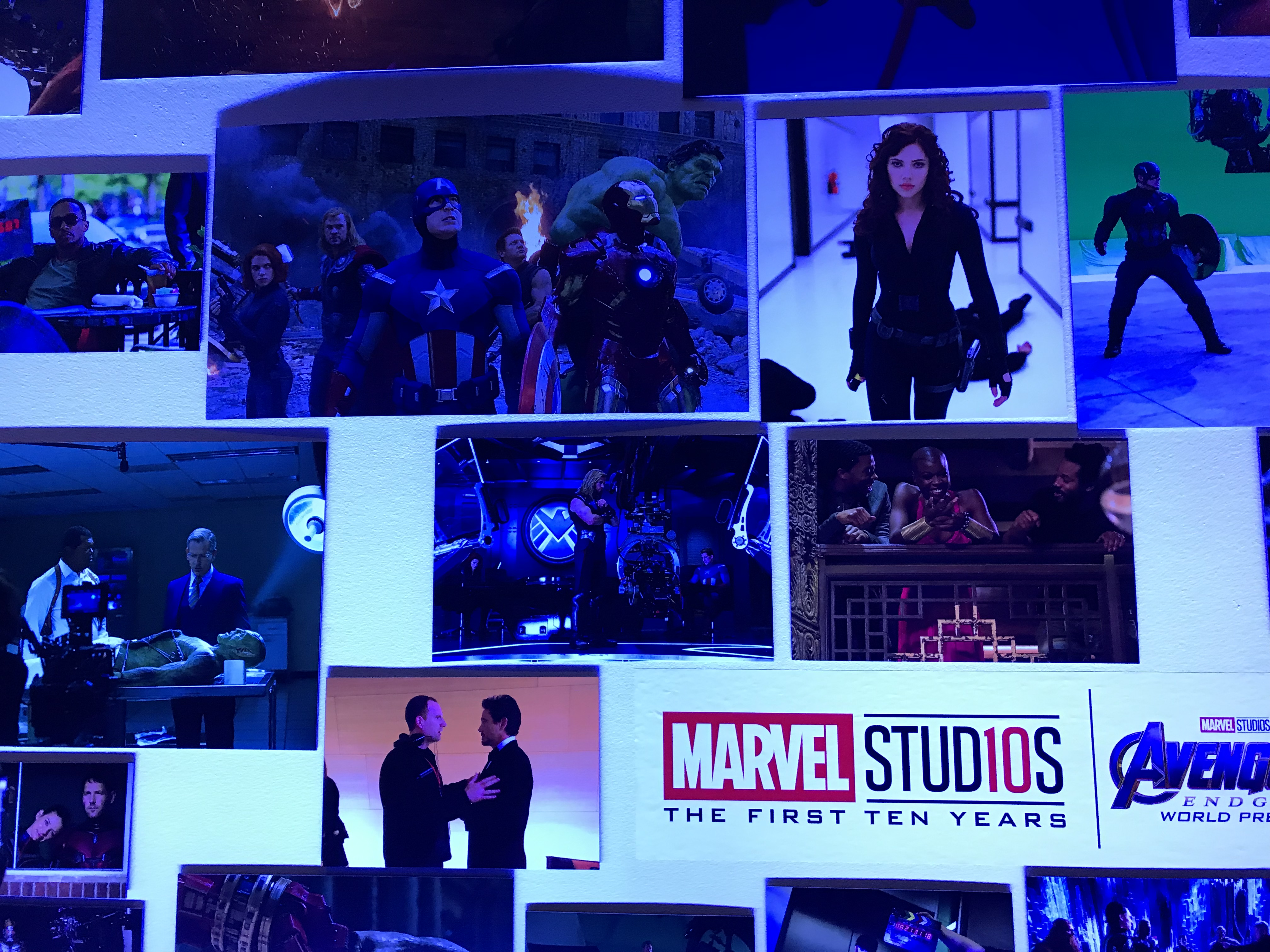