After the monumental cliffhanger of "Infinity War," the Marvel Cinematic Universe concludes its latest phase with an epic nostalgia trip. 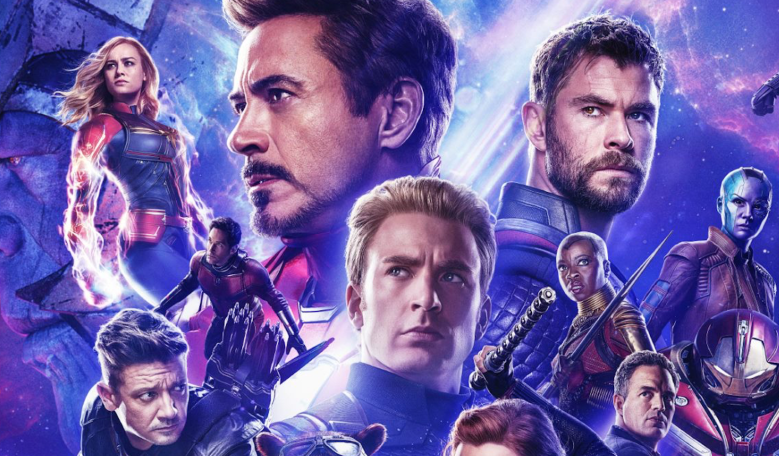 By assembling a decade of superhero narratives into the spectacular package that was “Avengers: Infinity War,” Marvel Studios pulled off the most dramatic blockbuster gamble of all time. Directors Anthony and Joe Russo imported the complex world-building approach from generations of Marvel Comics into a cinematic whole, creating a noisy mishmash of beloved characters and CGI-laced showdowns. It was a unique negotiation between spectacle and character, more impressive than anyone could have anticipated. But it would have been little more than a costly collage without the most dramatic cliffhanger in modern history, and “Avengers: Endgame” strains from contending with the fallout of that twist.

Few spoilers follow here, though sensitive viewers may consider even general observations as such. Suffice to say, “Endgame” delivers the payoff countless fans hoped for, even as it struggles to fuse that commercial mandate into a gratifying whole. There’s much to enjoy about this mishmash of tender goodbyes and last-minute strategies to save the universe, but after an intelligent first hour, “Endgame” amounts to a dense nostalgia trip. With “Infinity War,” it was thrilling to watch a mass-market movie let the bad guy win, and it’s less satisfying to see the Avengers clean up the mess one last time. The title of “Endgame” is misleading: This busy love letter to the biggest movie franchise of all time unleashes several endings at once, resulting in a fascinating — if at times messy — collection of competing agendas.

“Infinity War” rose above expectations with the bleak jolt of its finale, and the first act of “Endgame” takes its cues from that remarkable shift. For the underground dwellers among us, the gist is alien warlord Thanos (Josh Brolin) fended off various efforts by the Avengers to prevent him from getting all six Infinity Stones into a giant metallic gauntlet. With those powerful devices in his grasp, he achieved his psychotic plot to reduce all life by half, with the disturbing simplicity of a finger snap. Nothing that Iron Man (Tony Stark) or Captain America (Chris Evans) did could stop him. The Hulk (Mark Ruffalo) was useless. Ditto Norse god Thor (Chris Hemsworth), martial arts expert Black Widow (Scarlett Johansson), and expert marksman Hawkeye (Jeremy Renner), who doesn’t even show up. And dopey Ant-Man (Paul Rudd), as “Ant-Man and the Wasp” later explained, was trapped in the quantum realm the whole time.

That left a lot of the more popular Marvel characters who were introduced in the aftermath of 2012’s “The Avengers,” from Spider-Man to Black Panther, whisked out of existence in a now-iconic fizz of evaporating dust. When the credits rolled on “Infinity War,” it was the most devastating act of cultural misdirection since Stephen Colbert tried to be funny on the 2016 election night. For Marvel and parent company Disney, the “Infinity War” finale was at once a radical storytelling maneuver and brilliant marketing savvy that guaranteed audiences would be primed for the concluding chapter. A zillion possibilities abounded around one intimidating question: How could the Avengers get their hands on Thanos’ gauntlet and make things right?

Despite its many moving parts, “Endgame” actually resolves that query with a series of tidy developments (a reminder that internet fan theories are often too smart for their own good). But it also proves that the question matters less than the colorful personalities tasked with getting there. “Endgame” opens 23 days after Thanos’ finger snap, as the remaining shellshocked Avengers assemble just long enough to argue and mourn before they realize they have to take action. That means tracking Thanos to his tranquil planet-sized paradise, where a violent showdown proves that fixing these circumstances won’t come so easily (or, at least, this quickly). The movie then travels even farther into the future, depicting a world coming to grips with the possibility of an unhappy ending.

The Russos were best known for NBC’s “Community” prior to directing 2013’s “Captain America: Winter Soldier,” but their entries in the franchise have excelled at oscillating between grim, consequential storytelling and the sense of fun necessary to make these movies click. That talent reveals itself in their fascinating depiction of how the Thanos snap reverberates across the world, forcing the Avengers to confront the turmoil of actual defeat. Some find new beginnings, and families, or freelance gigs; others settle into empty celebrity. It’s remarkable to consider the possibilities of an actual superhero movie in which change is immutable, but come on: Sometime before the one-hour mark, a key character comes up with just the idea that could reverse at least some of Thanos’ destructive effects, and so begins the real quest at hand. 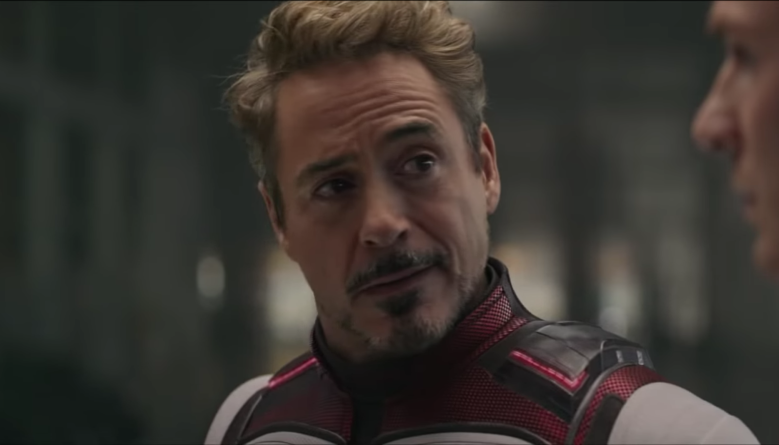 The gimmick may be a cheap sci-fi device, but it arrives in fancy wrapping as an excuse to revisit aspects of all 21 previous movies. Familiar settings come and go, alongside tidbits of cameos from major and minor characters, as well as some engaging filmmaking trickery that allows old settings to take on fresh identities.

Even as it careens into a heavy series of complications, the Russos juggle the tones with balletic finesse. From the blue-hued opening with Tony Stark in deep space to the reemergence of Thor as a burly, booze-guzzling online troll, “Endgame” offers snippets of endearing moments with astonishing visual flair and first-rate music cues (The Kinks’ “Supersonic Rocket Ship” is especially well placed). And while it gives a little extra screen time to some newer additions to the MCU (especially former “Guardians of the Galaxy” villain Nebula, played with moody intensity by Karen Gillan), the bulk of “Endgame” revolves around the original Avengers.

That means more passive-aggressive banter between Iron Man and Captain America, a disarmingly insecure Bruce Banner, some dreary asides from Black Widow, and so on. The MCU has grown more diverse over the years, but newer characters who may guide the series into its next chapters, such as Captain Marvel and Black Panther, have been relegated to the sidelines. Despite a few applause-worthy achievements in the climactic battle, their minor subplots serve as little more than teasers for the representational strides around the corner — exciting in theory, but less so in the context of this particular story.

“Endgame” mostly unfolds as a prolonged embrace of the long-term challenges facing its beloved mainstays, like Banner’s ability to merge his meek-scientist persona with the raging testosterone monster within, and Thor’s lingering grief over his departed mother. (Here and there, Bradley Cooper’s Rocket Raccoon scores a good laugh, but the potential of this cartoony troublemaker remains unfulfilled.) Alan Silvestri’s epic score keeps the plot moving through various overlapping circumstances, but “Endgame” works best in small doses of the greatest hits — at least until the Russos throw up their hands and bring together every possible strand for a cacophonous showdown. Amid the noisy CGI of the final-act battle, there are plenty of rousing moments — but they’re all fragmentary, with payoffs according to the level of viewer investment. Newcomers to the series may as well be watching a “Transformers” movie.

Still, Thanos remains rare among blockbusters as a brooding villain with a profound sense of purpose, and Brolin continues to inject the character with bonafide menace right down to a final telling expression. “Who?” was the question when the purple-faced destroyer of world’s name was uttered in “Infinity War,” but “Endgame” opens with an assertion from another major figure who makes it clear just how much the world has changed: “Let’s go get the sonofabitch.”

Yet as they do, the Thanos factor is really beside the point. Watching Downey embody his exuberant riff on Elon Musk (with ample Jagger swagger) once more is a reminder of just how much this versatile actor elevated the material — and his career — with a cocky screen presence all his own. Chris Evans’ stiff and serious Captain America has felt antiquated for years, but the actor finally gets a chance to play up the lifelong regrets that dogged Steve Rogers since he was frozen in ice decades ago. Johansson and Renner have less screen time, but there’s a key moment between them that marks the rare case of action-based storytelling serving a complex emotional agenda. At their best, the MCU movies have shoehorned in rapid-fire action in tandem with appealing personalities, so it’s gratifying to see at least one occasion that achieves both goals at once. 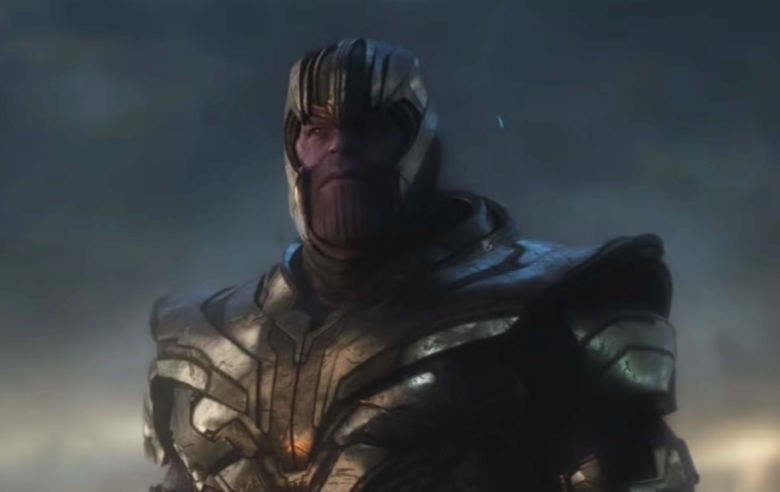 The hits keep on coming: Diehard MCU viewers will be just as pleased to see supporting players like Anthony Mackie’s Falcon and Tony’s resilient lover Pepper (Gwyneth Paltrow) juggle a handful of warm scenes with their closest peers; the same goes for scores of other MCU staples (some of whom arrive at unexpected moments).

It’s an exhausting collage that bears no resemblance to any kind of franchise filmmaking other than its own overpopulated ensemble. (The “Star Wars” expanded universe may have more characters, but never stuffed into a single scene.) More than that, this speedy arrangement of catchy exchanges and brawls feels like it was crafted with internet memes in mind. As “Endgame” sputters to the finish line, it leaves the impression of witnessing a Marvel Movie Marathon compressed to three hours — and 58 seconds, but trust me, they’re disposable — of unbridled fan service.

Much of that service radiates with a sincere, even soulful, embodiment of the crackling wit and playful self-awareness that has helped these movies keep fans engaged for so long. And it suggests the next phase of that loyalty, with a spate of new movies and Disney+ TV series around the corner. As “Endgame” drops hints of additional subplots readymade for future entries, and sketches out concepts for new heroic pairings to come, its ultimate coup is the implication that every good story is readymade for a reboot.

This Article is related to: Film and tagged Avengers: Endgame, Reviews