As Bill Hader and Alec Berg's HBO comedy tilts on the edge of darkness, the Very Good TV Podcast debates whether it's already tipped over. 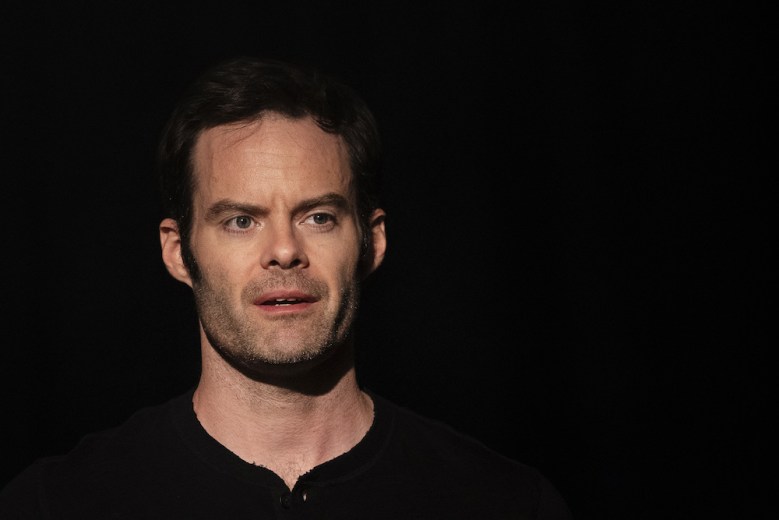 There’s a peculiar scene in the first episode of “Barry” Season 2. As Sally (Sarah Goldberg) and Barry (Bill Hader) debate whether or not they should perform their scheduled play, in light of what happened, the reforming contract killer either confirms what audiences have suspected all along or purposefully teases the opposite.

Sally argues they should call it off, citing that “The Front Page” isn’t that significant anyway — it’s just “a stupid farce” — to which Barry counters that she was the one who picked it.

“Yeah, I picked it before Janice was murdered,” Sally says.

“We don’t know what happened to her,” Barry replies.

“Yes, we do, Barry!” she exclaims. “Everyone seems to know what happened to Janice except for you.”

This, of course, is a joke. A dark joke, sure, but a joke nonetheless. Barry is the only person who knows what happened to Detective Janice Moss (Paula Newsome), the cop assigned to Ryan Madison’s murder, which turned into a lengthier investigation of many crimes connected to Barry. At the end of Season 1, Barry and Janice square off during a weekend getaway with their respective partners, when the detective figures out who Barry really is. Gunshots are fired offscreen, but only Barry returns to the cabin. Since then, no one has seen or heard from Janice.

So… she’s dead, right? That was the presumption many made since the Season 1 finale aired in May 2018, but it is curiously, purposefully, some may say meaningfully, unconfirmed in the Season 2 premiere. And that’s because it was a question up for debate heading into the writers’ room.

As Hader told IndieWire last August, the first topic tackled was whether Janice was alive or dead.

“We started Season 2 the day after the show premiered — the next day was the day our writers’ room opened,” Hader said. “We all sat down and kind of went, ‘Hey, it seems like people kind of dug the show.’ And then there was a pause, and I said, ‘So… what happened to Moss?’ Everybody started laughing, and we were like, ‘Is she dead? Is she not dead? What do you guys think happened?’”

That means, of course, she could still be alive. But does that belief gel with what the series is slowly but steadily becoming? Even with Barry murdering more people himself, the early episodes of “Barry” were lighter, sillier, and more prone to indulgences. As the series has progressed and the hitman-turned-thespian digs deeper and deeper into his past via acting, it’s gotten noticeably more intense: those Hiro Murai-helmed action episodes in the later half of Season 1; the pivotal decision to kill his longtime friend instead of risking him talking to his wife; the finale, with the confrontation between cop and criminal. 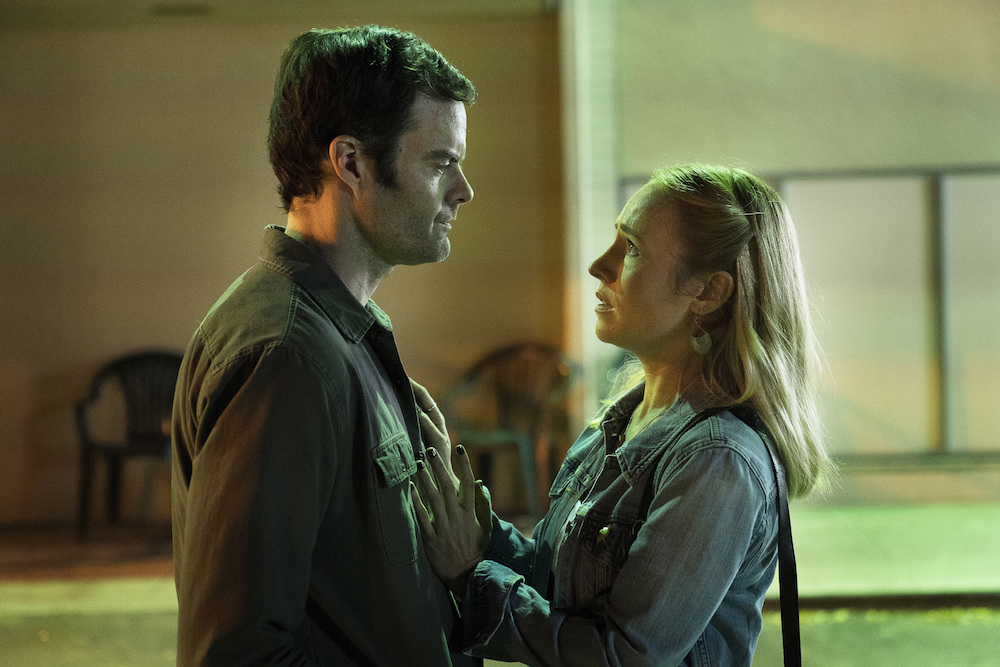 It’s worth noting that “Barry” is inviting the audience to root for its central character. Even when no one, no one, wants Moss to die, the choice is positioned as one that’s hers as much as Barry’s; he asks her not to “do this” because he’s trying to change. Unlike other antihero stories, “Barry” starts off when its protagonist is trying to give up his bad habits. He’s not Tony Soprano, living a life of crime and working through his issues in therapy, nor is he Walter White, who starts good and breaks bad. (Hey, that’s the title!)

Barry is a character who is introduced in a bad place and is actively working on getting somewhere better. That makes him easy to root for, but what Season 2 is asking — through Janice’s ultimate fate — is whether it’s too late for Barry. Let’s get back to that telling conversation in the Season 2 premiere. Right after Sally says, “Everyone seems to know what happened to Janice except for you,” Barry offers a telling response.

“Well if we cancel the show, then what was the point?”

Sally doesn’t really hear him, which is good for Barry because it only makes sense if you know about his involvement with Janice’s disappearance. He’s asking if they don’t do the play, if things don’t proceed as normal, if Barry and the rest of the class can’t process their emotions through acting, then what was the point of whatever he did to Janice?

Technically, this could mean, yes, Barry killed her, and he’s trying to justify why he did that if there’s no play — if there’s nothing in his life worth protecting. But it could also mean what was the point of putting everyone through all this, as well. Maybe Janice is tied up somewhere. Maybe she’s in a coma. Maybe he put her on a bus to Mexico, and she can’t find a way back into the country without a passport. Maybe Barry’s wondering why he made everyone so worried, why he “broke” Gene, why he scared his girlfriend, if there’s no benefit from their pain.

Whatever he meant by it, Janice’s fate could ultimately decide if “Barry” Season 2 goes so dark it’s a drama with a dark sense of humor or a comedy with a penchant for acute drama. Some have already said the HBO series has tipped over to the drama side, while others maintain it’s still a comedy, just an evolving one. If Janice is dead, how will Barry come back from it? How will “Barry”? We’ll have to keep watching to find out, but either way, Season 2 looks to push more boundaries, inside and outside its core story.

For more on “Barry’s” descent into darkness, listen to IndieWire’s Very Good TV Podcast below. Don’t forget to subscribe via Soundcloud or iTunes, and follow IndieWire on Twitter and Facebook for all your pertinent TV news. Check out Liz and Ben’s Twitter feeds for more, more, more. Plus, don’t forget to listen to IndieWire’s other podcasts, including Screen Talk with Eric Kohn and Anne Thompson and the Filmmaker Toolkit podcast from Chris O’Falt.

This Article is related to: Television and tagged Barry, HBO, Paula Newsome