Netflix has two shots to win, but will "Our Planet" or "Chef's Table" see an upset? [Updated September 5] 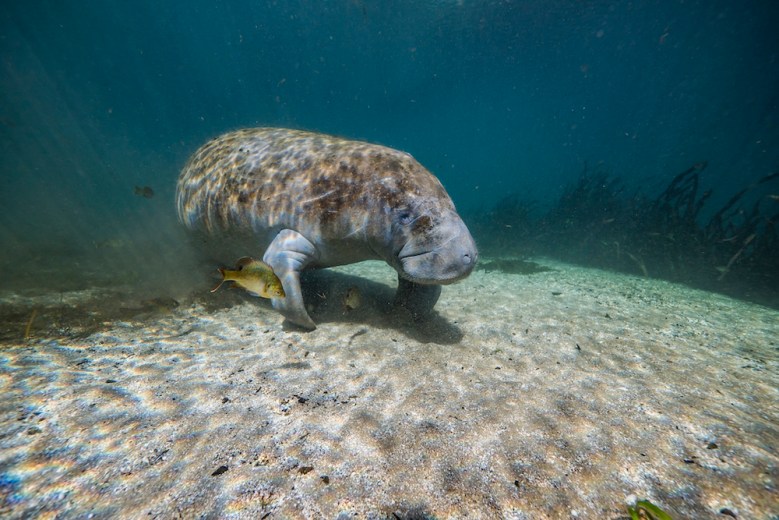 Last Year’s Winner: “Wild Wild Country”
Still Eligible: No.
Hot Streak: Since Netflix earned its first nomination (and win) in the category, only Netflix original series — or series that have benefitted from streaming on its platform — have won the category. “Making a Murderer” broke through for the digital giant in 2016, earning the initial nod and win, while “Wild Wild Country” took home the title again in 2018. In between, “Planet Earth II” won for BBC America (while “Chef’s Table” and “The Keepers” were nominated as Netflix originals). The initial “Planet Earth” and its sequel both stream on Netflix (and have for some time).
Fun Fact: In the 21 years this category has been active (it was called Outstanding Nonfiction Series before this and Outstanding Informational Series before that), PBS has won in 14 of those years and has 15 trophies, thanks to two of its programs tying in 1999. There has never been a year when PBS was left out of the Best Documentary Series category.
Notable Ineligible Series: “Evil Genius,” “Blue Planet,” “Planet Earth”

At the bottom of this page are IndieWire TV Critic Ben Travers’ predictions for Outstanding Documentary or Nonfiction Series. This article will be updated throughout the season, so make sure to keep checking IndieWire for all the latest buzz from the 2019 race, and read predictions in the rest of the categories, as well. The Creative Arts Emmy Awards will be given out Saturday, September 14 and Sunday, September 15. The 71st Annual Primetime Emmy Awards will take place at the Microsoft Theater in downtown Los Angeles, CA on Sunday, September 22. Fox is broadcasting the ceremony.

Given the last three years, it’s hard to bet against Netflix. With wins in 2016 (“Making a Murderer”) and 2018 (“Wild Wild Country”), the streaming giant showed a knack for releasing well-made, highly addictive docuseries, and in 2017, the much-anticipated BBC America sequel “Planet Earth II” benefitted from its predecessor’s popularity on the service (as well as its own buzzy run on the service).

Now it’s 2019 and “Our Planet” — the David Attenborough-narrated nature docuseries meant to be Netflix’s wholly-owned version of “Planet Earth” — is nominated for Best Documentary Series. It’s the favorite for all of the aforementioned reasons and even a few more: For one, it got great reviews. For another, Netflix has mounted a helluva campaign, with an April release, multiple FYC events, and big, prevalent billboards on Sunset Blvd. Finally, it’s a timely, important message that voters should be eager to elevate.

All of this makes “Our Planet” the show to beat, but the race is far from over. “American Masters” is a perennial competitor and all-time category leader in nominations and wins. The PBS series hasn’t won since 2014, but that doesn’t count it out in 2019 — there are still plenty of fans in the TV Academy, and PBS has a wide reach. “Hostile Planet” mounted an impressive FYC campaign equal to “Our Planet’s,” with Emmy events in New York and Los Angeles, along with specialized screenings and talks to compliment the official FYC get togethers. “30 for 30” is a well-known franchise at ESPN and could benefit from catering to sports fans (who are pretty prevalent everywhere you look).

But the most likely upset pick is another Netflix offering. “Chef’s Table” has now been nominated three times without a single win. Only six shows in the history of the category have more nominations… but only half of those ever won. That means there’s no guarantee it’s just a matter of time for “Chef’s Table,” and with “Our Planet” the more prominent player, there’s no standout reason the renewed series has to win this year. And yet “Our Planet” doesn’t seem like the dominant lock of past Netflix docuseries, so maybe, just maybe, this is the year after all.

This Article is related to: Awards and tagged Emmy Predictions, Emmys, Our Planet