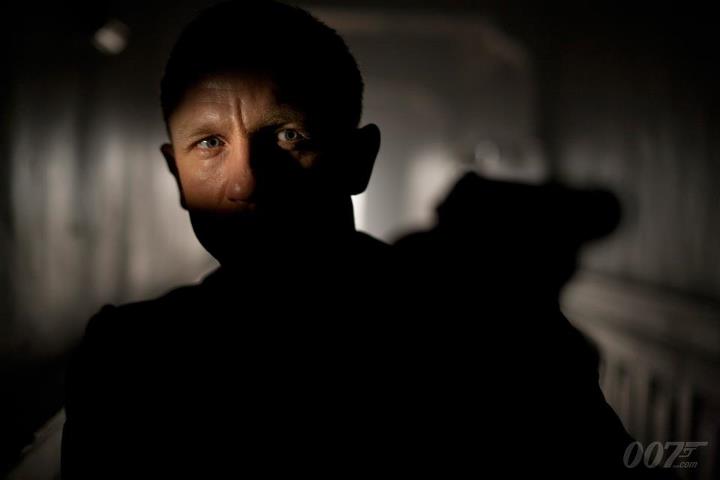 We still don’t have a title for “Bond 25,” but we’ve got a baddie (“Bohemian Rhapsody” Oscar winner Rami Malek), a Bond lady (Ana de Armas from “Blade Runner 2049”), and a premise for Cary Joji Fukunaga to direct. Obviously, it was less than what we were hoping for, as producers Michael G. Wilson and Barbara Broccoli announced the full cast during a live stream event Thursday from author Ian Fleming’s GoldenEye retreat in Jamaica (the spiritual home of the franchise where “Dr. No” and “Live and Let Die” were filmed).

Eschewing the usual Bond launch press conference, they were joined by James Bond star Daniel Craig and Fukunaga (“Maniac,” “True Detective,” “Beasts of No Nation”), who answered a few fan questions from Twitter. Meanwhile, Malek provided a quip via a video feed from New York about “making sure that Bond doesn’t have an easy ride.”

A word about #BOND25 from Rami Malek pic.twitter.com/CLJ5mpO9mu

Fortunately, a follow-up press announcement provided a plot description and additional crew announcements. Craig’s Bond has retired to Jamaica but returns to active duty when his old CIA pal Felix Leiter (Jeffrey Wright) turns up asking for help to rescue a kidnapped scientist, which leads Bond to a mysterious villain armed with dangerous new tech.

That checks off many of the usual Bond boxes — and then some — for Craig’s fifth and final outing. Returning for duty are Lea Seydoux (“Spectre’s” Dr. Madelaine Swann), Ben Whishaw as Q, Ralph Fiennes as M, Naomie Harris as Miss Moneypenny, and Rory Kinnear as Bill Tanner. Joining them are Billy Magnussen (“Maniac”), Lashana Lynch (“Captain Marvel”), David Dencik (“Tinker Tailor Soldier Spy”), and Dali Benssalah (“Nox”). However, Rodrigo Perez of The Playlist (@YrOnlyHope) tweeted on Thursday that Christoph Waltz might be returning as arch-villain Blofeld (“Spectre”), based on his own early intel. 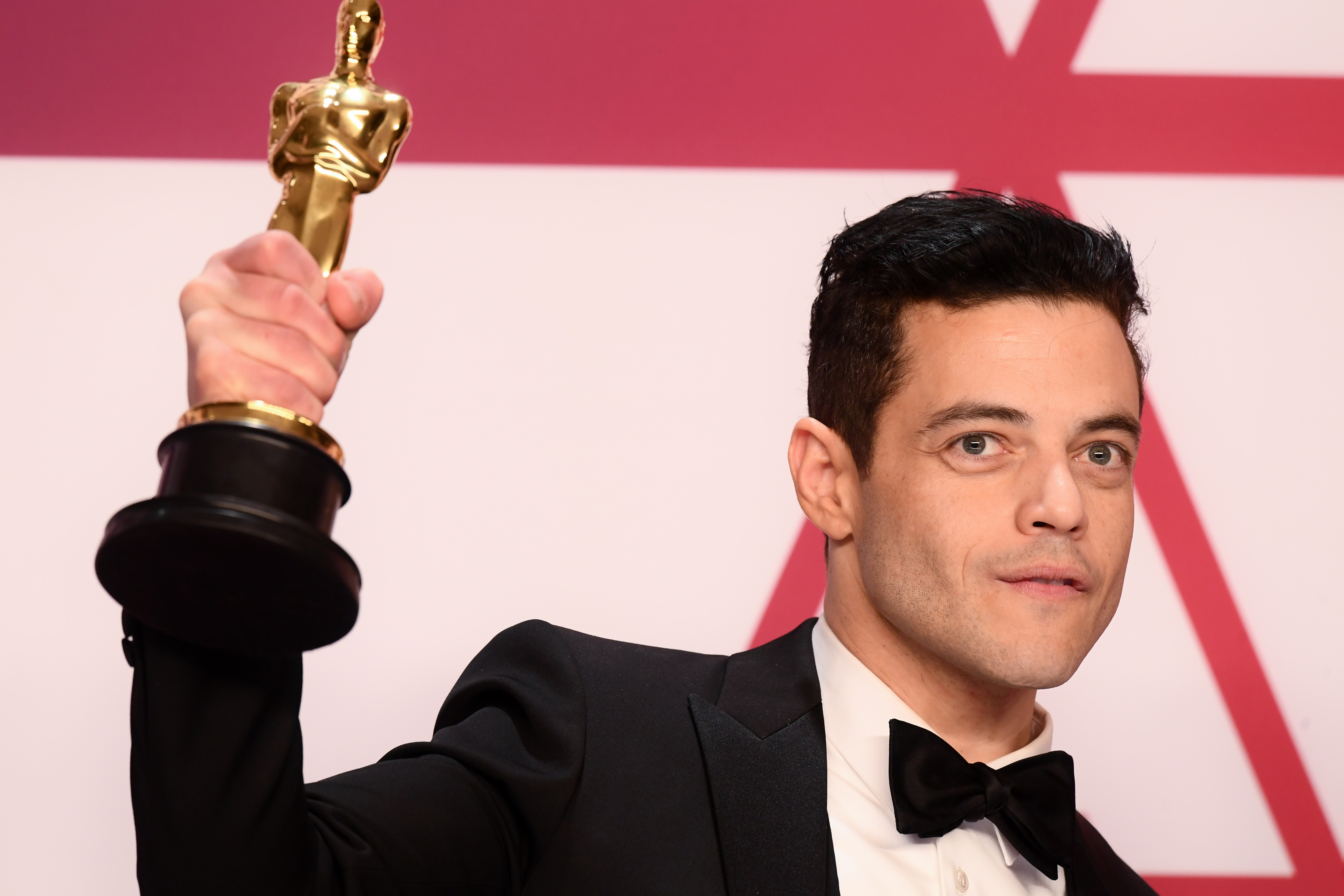 “Bond 25” starts principal photography this week in Jamaica. They’ve already done preliminary shooting in Norway, and will wind up in the ancient Italian town of Matera after filming in London and the home base of Pinewood Studios. Oscar-winning cinematographer Linus Sandgren (“La La Land”) will go large-format with 65mm Panavision and IMAX 65mm (to shoot the action sequences) for the first time in franchise history. Team Damien Chazelle will also be represented by Oscar-winning editor Tom Cross (“Whiplash”), who shares editing duties with Elliot Graham (“Captain Marvel,” “Milk”).

“Bond 25” has been a tumultuous ride thus far in trying to conclude Craig’s tenure on a high-note after the disappointing “Spectre.” Fukunaga replaced director Danny Boyle and his “Trainspotting” writing partner John Hodge, when their “shocking” story idea hit a creative wall. Go-to scribes Neal Purvis & Robert Wade returned to the fold and were soon joined by Scott Z. Burns (“The Laundromat,” “The Bourne Ultimatum”), who shares credit with Fukunaga, and, finally, Phoebe Waller-Bridge (“Fleabag,” “Killing Eve”) was brought in to sprinkle in her wry humor, reportedly at Craig’s request. She’s by no means the first female Bond scribe: Johanna Harwood wrote the first Bond movie, “Dr. No,” and Dana Stevens (“The World is Not Enough”) and Leslie Dixon (“Tomorrow Never Dies”) have also made contributions. 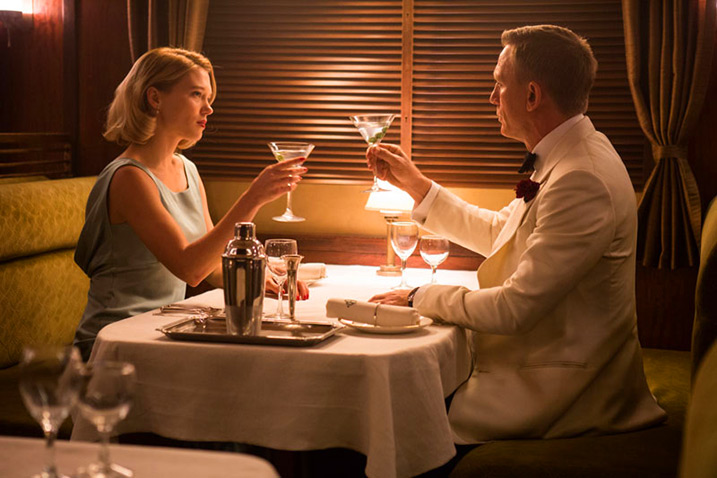 After the elusive title, the question remains: How to conclude Craig’s arc as Bond, the most gritty, personal, and introspective portrayal in franchise history? Clearly, with the presence of both Leiter and Seydoux, the story will continue the journey that began with “Casino Royale” and left off with “Spectre,” exploring the dilemma of 007 as “half-monk, half-hit man,” searching for happiness and a “quantum of solace” after a lifetime of pain and suffering orchestrated by his childhood rival turned villain Blofeld. But with the opportunity to let Bond have more fun and be playful and witty. And, with the addition of Malek as the latest iconic baddie, the franchise has the opportunity to tap a younger audience that otherwise might avoid cinema’s longest running franchise at nearly 60 years.

Craig said on Thursday that it’s all about “consistency” and “standing out different from the other movies…and the enduring theme of Ian Fleming.”

“Bond 25” will be released in the U.S. on April 8, 2020 by Metro Goldwyn Mayer via United Artists Releasing and a joint venture with Annapurna, and through Universal and MGM in the U.K. and internationally on April 3, 2020.

This Article is related to: Film and tagged Bond 25, Daniel Craig, Rami Malek