"The King's Speech" Oscar winner Tom Hooper is behind the camera for this film adaptation of the Andrew Lloyd Webber musical. 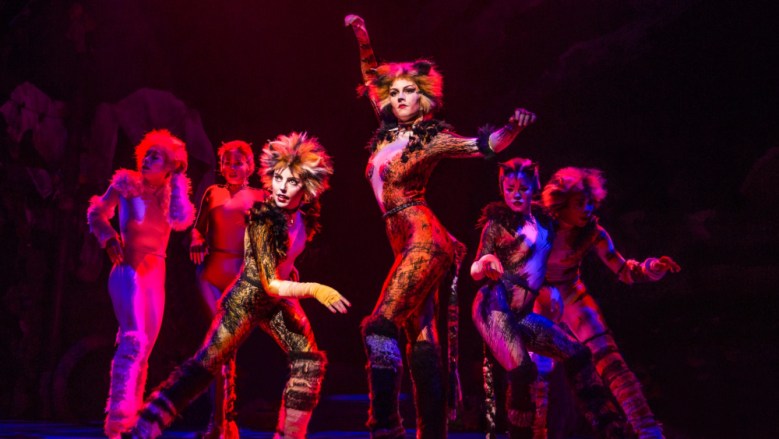 “Cats” only wrapped production on March 30, but that didn’t stop the upcoming film adaptation of Andrew Lloyd Webber’s musical from making a first impression at CinemaCon during the Universal Pictures presentation. The studio unveiled some of the first footage from the Christmas tentpole, which is co-written and directed by “The King’s Speech” Oscar winner Tom Hooper. The filmmaker has experience with movie musicals, having directed Universal’s “Les Misérables,” which opened Christmas 2012 and earned $441 million worldwide and eight Oscar nominations. Universal is surely hoping “Cats” follows a similar path.

Universal did not show actual footage from the movie, but a behind-the-scenes featurette played that featured the cast talking about the musical adaptation. A majority of the footage showed the cast on set in dance rehearsals, including Taylor Swift. The big takeaway from the set footage was seeing the actors wearing VFX dots on their faces and motion capture suits because special effects will be used to transform them into cats. It’s unclear at this point to what extent motion capture will be used as no footage was screened. The VFX will add fur onto the actors and make their faces appear more cat-like. The video said the film is using “digital fur technology to create the most perfect covering of fur.”

The video also confirmed the scale of the movie will be cat-sized. The production designers built the set to be oversized in order to make the actors appear smaller and thus the actual size of cats.  The idea was to not only scale the movie properly, but also to give the audience a sense of childhood magic (when you’re small, the world appears bigger). The cast also teased the film has a timely message of inclusion. Jennifer Hudson appeared at CinemaCon after the footage debuted to perform the song “Memory,” which her character Grizabella famously sings.

“Cats” is set over a single night and centers around a group of felines called the Jellicles. The group must decide which cat will ascent to a place called the Heaviside Layer and come back to a new life. Webber’s musical was adapted from T. S. Eliot’s “Old Possum’s Book of Practical Cats” and became a massive hit on Broadway and on London’s West End. “Cats” ran for 21 years in London and for 18 years on Broadway, becoming the fourth-longest running musical in Broadway history.

Behind the scenes piece for Cats is fantastic. Uni should release. #CinemaCon

No trailer for CATS, but a behind-the-scenes clip — including Idris Elba talking about looking at the world through “the cat perspective” and Taylor Swift mouthing “meow” — proves that this is a very real thing we should all be prepared to reckon with. #CinemaCon pic.twitter.com/nVafvGqYuL

I promised Cats and we got Cats! A behind the scenes reel as there’s no finished footage.

We did learn it’s largely performance capture for the faces and fur and that the sets were build 3 to 4x bigger to provide a cat’s eye view. #CinemaCon

This Article is related to: Film and tagged Cats, Tom Hooper, Universal Pictures