Jared Harris and Stellan Skarsgård star in HBO's striking story about one of history's worst human-made disasters — and the humans who made it. 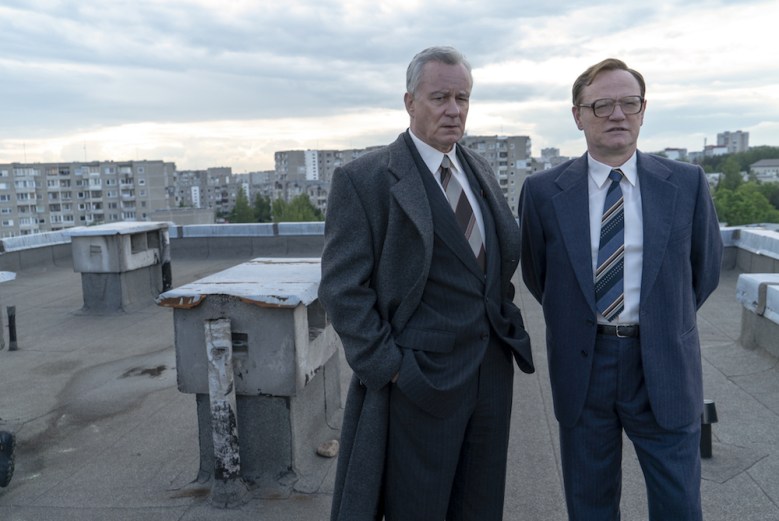 To say Craig Mazin and Johan Renck “dramatize the story of the 1986 nuclear accident, one of the worst man-made disasters in history” — as the HBO synopsis does — is both perfectly on point and significantly underselling the spectacular limited series. The writer and director, respectively, have crafted an engrossing story out of our tragic history, moving with affecting precision through the sacrifices, decisions, and confusion surrounding a catastrophe no one expected or knew how to contain. And yet, much like the horrific fallout experienced first-hand in the Soviet Ukraine, you really have to see “Chernobyl” to appreciate its impact.

Everything you need to know about the series happens in the first scene. Well after the explosion at Chernobyl’s nuclear power plant, Valery Legasov (Jared Harris) sits at his kitchen table recording his testimony — not only of the repair efforts he witnessed, but the evidence built around who’s responsible for the accident’s appalling body count. One room away is his cat, stretched out magnificently across a sofa upholstered with deer grazing in a forest.

The image itself is gorgeous: a vignette where the dark edges fade into night and the central figures, living and pretending to, blend together with light gray fur and dark brown fuzz. Furious and frustrated, Legasov is also exhausted. Be it painful radiation or the painful passage of time, he’s reached an end point, and the scene concludes with one more tally added to Chernobyl’s kill list.

From there, the series flashes back to the night of the explosion and the fallout thereafter, but Mazin and Renck have emotionally prepped viewers for what’s coming: There’s nothing easy about the episodes that follow. “Chernobyl” is unwavering in its jarring depictions of what nuclear radiation can do to the human body and the threat it poses to a populace at large. Death lingers over the limited series, and the personal toll is felt as heavily as the country’s. But this isn’t body horror. There’s nothing tawdry about how this story is told, and it consistently feels like the filmmakers are honoring the historical events so that viewers know never to repeat these mistakes. 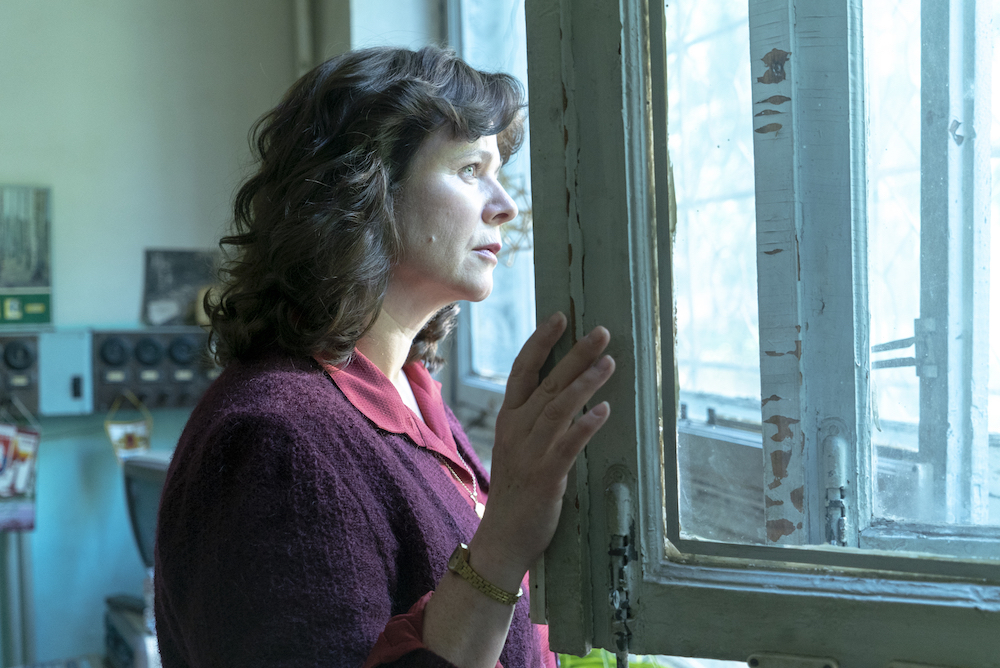 On a more existential level, “Chernobyl” uses the leveling terror of a melting nuclear core to examine the core of the human spirit. When faced with imminent death, some scientists, bureaucrats, and civilians turn selfish or self-pitying — perfectly understandable reactions, just as they’re not what anyone would hope to see in themselves or their loved ones. Others respond far more admirably. They sacrifice themselves willingly in order to save others, or stand up to public-facing politicians making choices for the wrong reasons. Death is the great equalizer, and Mazin recognizes as much as he builds out an array of carefully fleshed-out characters to tell his story.

Harris, fresh from last year’s under-appreciated performance in AMC’s “The Terror,” plays another leader charged with sending men to their tragic demise. A nuclear physicist called in to advise the Soviet’s response committee, his Legasov is steadfast in his morals and clear in his intentions. He accepts more and more responsibility as he sees the men who would otherwise take it make worse and worse decisions, often based on the disinformation plaguing the Ukraine’s communist administration.

Stellan Skarsgård, as Soviet Deputy Prime Minister Boris Shcherbina, is a trickier man to pin down. Brash and cutthroat at first, his inner truth peels away as he spends more and more time with Legasov. The form an intriguing, back-and-forth partnership that’s ideal for the audience’s on-the-ground guides. When Shcherbina pushes in one direction, Legasov pulls in the other, and viewers get to see all sides of their decisions through compelling conflict.

The key final ingredient is Emily Watson’s Ulana Khomyuk, a Soviet nuclear physicist committed to solving the mystery of what led to the Chernobyl disaster. She visits hospitals to interview the men who were there, as they lay dying from radiation, and relays this information back to Legasov so he can know what he’s dealing with at ground zero. But Mazin introduces the men Khomyuk meets long before their melting flesh makes them unrecognizable, and thus as the pieces come together for her, the human toll proves devastating for those watching.

“Chernobyl” won’t be for everyone. With constant, low-simmering intensity and an all-too-visible air of death, the vivid recreation of an unimaginable disaster can be uncomfortable to say the least. (Do not sit down for “Chernobyl” with your dinner in hand.) But Mazin and Renck do an impressive job of inviting the audience into a story filled with so many horrors. Each nauseating moment, be it a shot of decaying human flesh or a decision made for the wrong reasons, has a purpose — and pays back the viewer for their investment. “Chernobyl” is a stunning dramatization, and one worth admiring on many levels.