Do the right thing and see which Spike Lee joint is getting a Blu-ray upgrade. 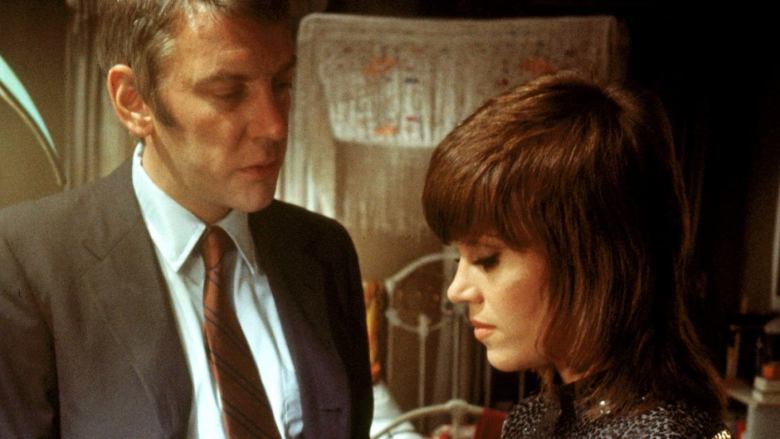 The Criterion Collection has announced its July titles, with Rainer Werner Fassbinder’s BRD Trilogy — “The Marriage of Maria Braun,” “Veronika Voss,” and “Lola” — leading the new additions. Also joining the Collection are Agniezka Holland’s “Europa Europa,” Alan J. Pakula’s “Klute,” Marcel Pagnol’s “The Baker’s Wife,” and Michael Radford’s adaptation of “1984,” with Spike Lee’s “Do the Right Thing” getting upgraded from DVD to Blu-ray.

“If you’re lucky enough to live in a city like New York, which has hubs like the Film Forum and the Metrograph and Lincoln Center, then you actually have living, breathing, every-night film culture with great programming to go to and all that stuff. But if you don’t, then this idea of an online cinematheque, being a hub for that community in the digital space, means a lot.”

More information on the July titles — including, as always, the cover art — below. 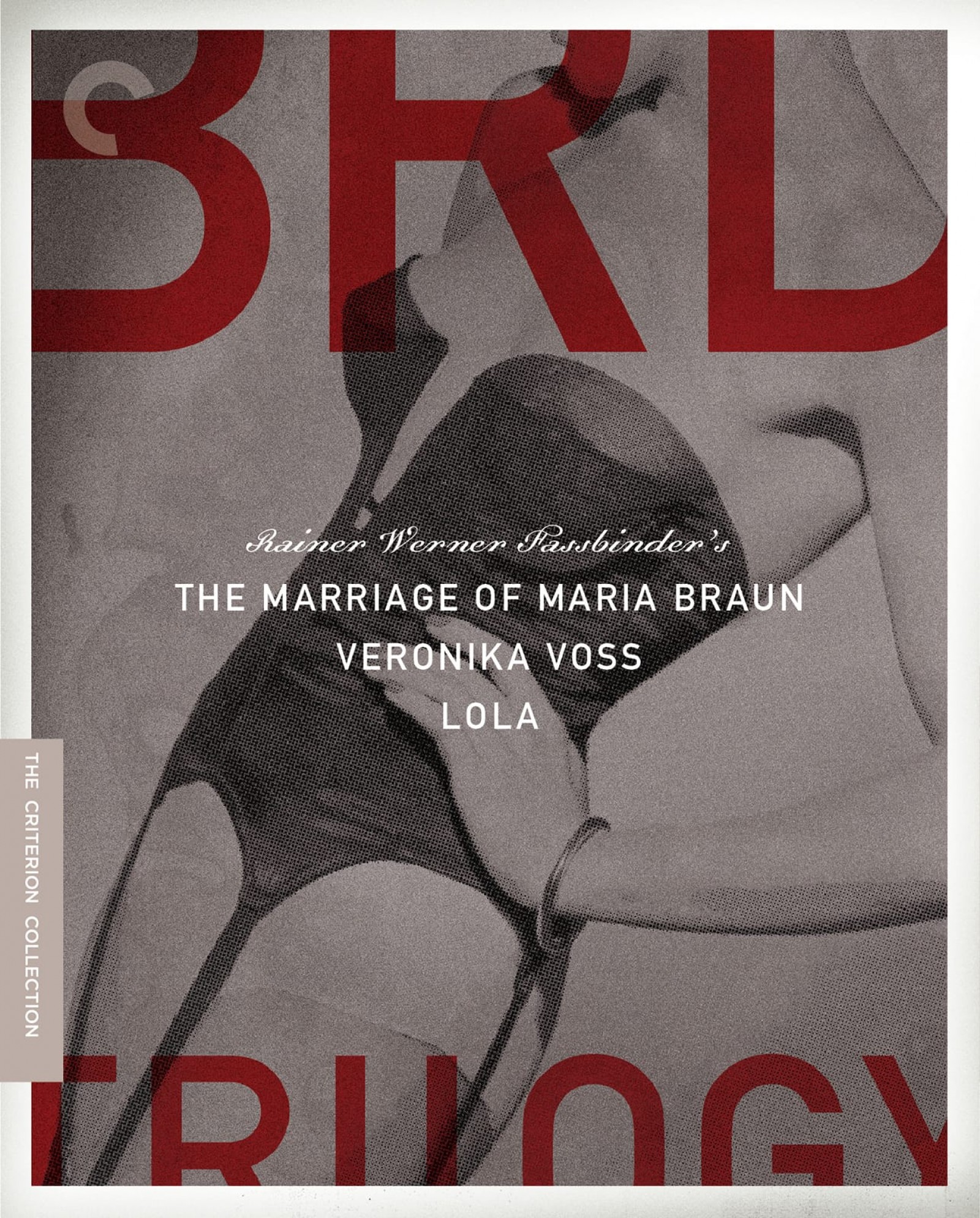 “In 1977, German director Rainer Werner Fassbinder was thirty-two years old and had already directed more than twenty-five feature films. That summer, he embarked on a project to trace the postwar history of West Germany in a series of films told from the perspectives of three remarkable women. Fassbinder’s The Marriage of Maria Braun, Veronika Voss, and Lola —The BRD Trilogy — would garner him his greatest commercial success, both at home and abroad, and cement his position as one of the foremost figures of the New German Cinema.” 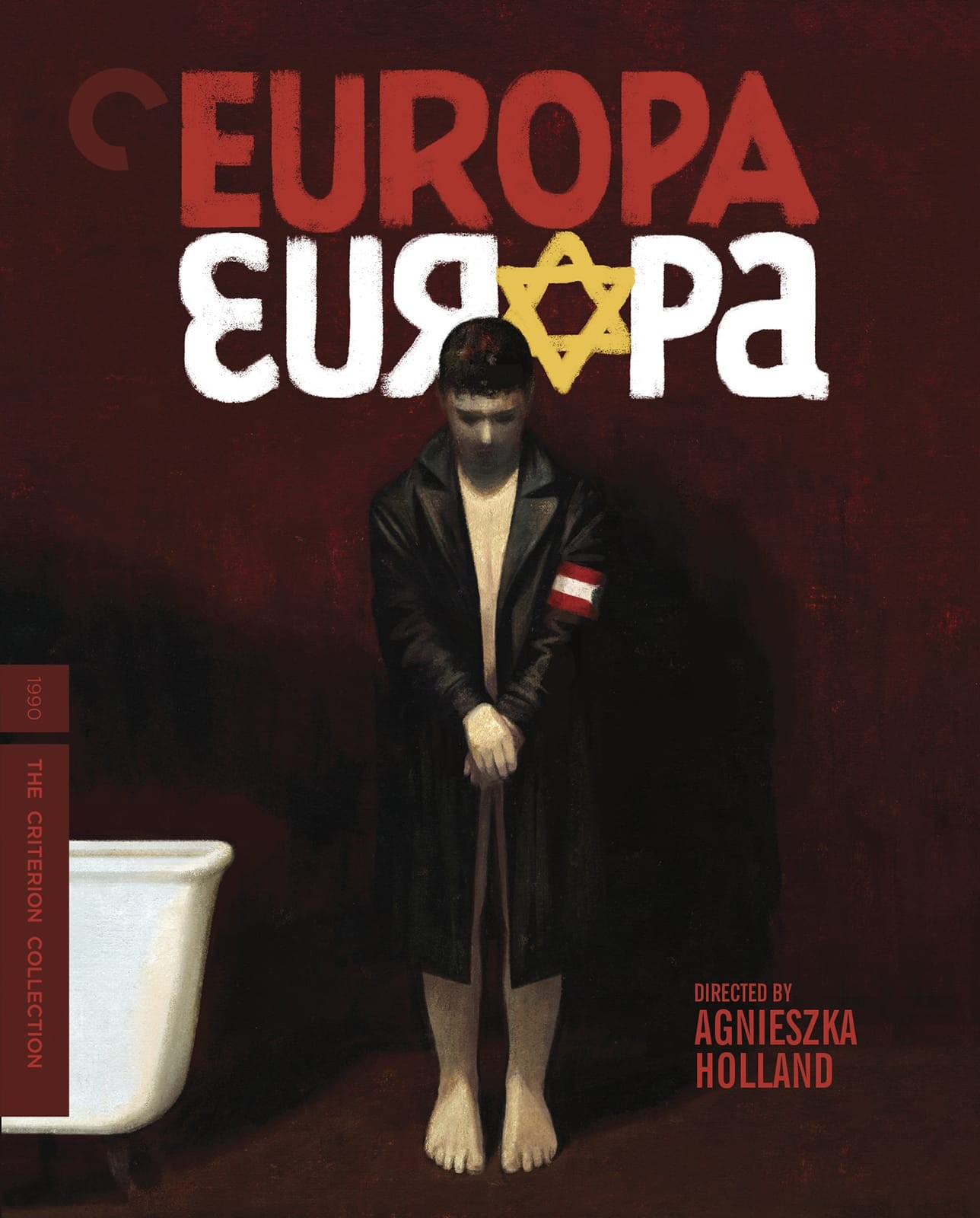 “As World War II splits Europe, sixteen-year-old German Jew Salomon (Marco Hofschneider) is separated from his family after fleeing with them to Poland, and finds himself reluctantly assuming various ideological identities in order to hide the deadly secret of his Jewishness. He is bounced from a Soviet orphanage, where he plays a dutiful Stalinist, to the Russian front, where he hides in plain sight as an interpreter for the German army, and back to his home country, where he takes on his most dangerous role: a member of the Hitler Youth. Based on the real-life experiences of Salomon Perel, Agnieszka Holland’s wartime tour de force Europa Europa is a breathless survival story told with the verve of a comic adventure, an ironic refutation of the Nazi idea of racial purity, and a complex portrait of a young man caught up in shifting historical calamities and struggling to stay alive.” 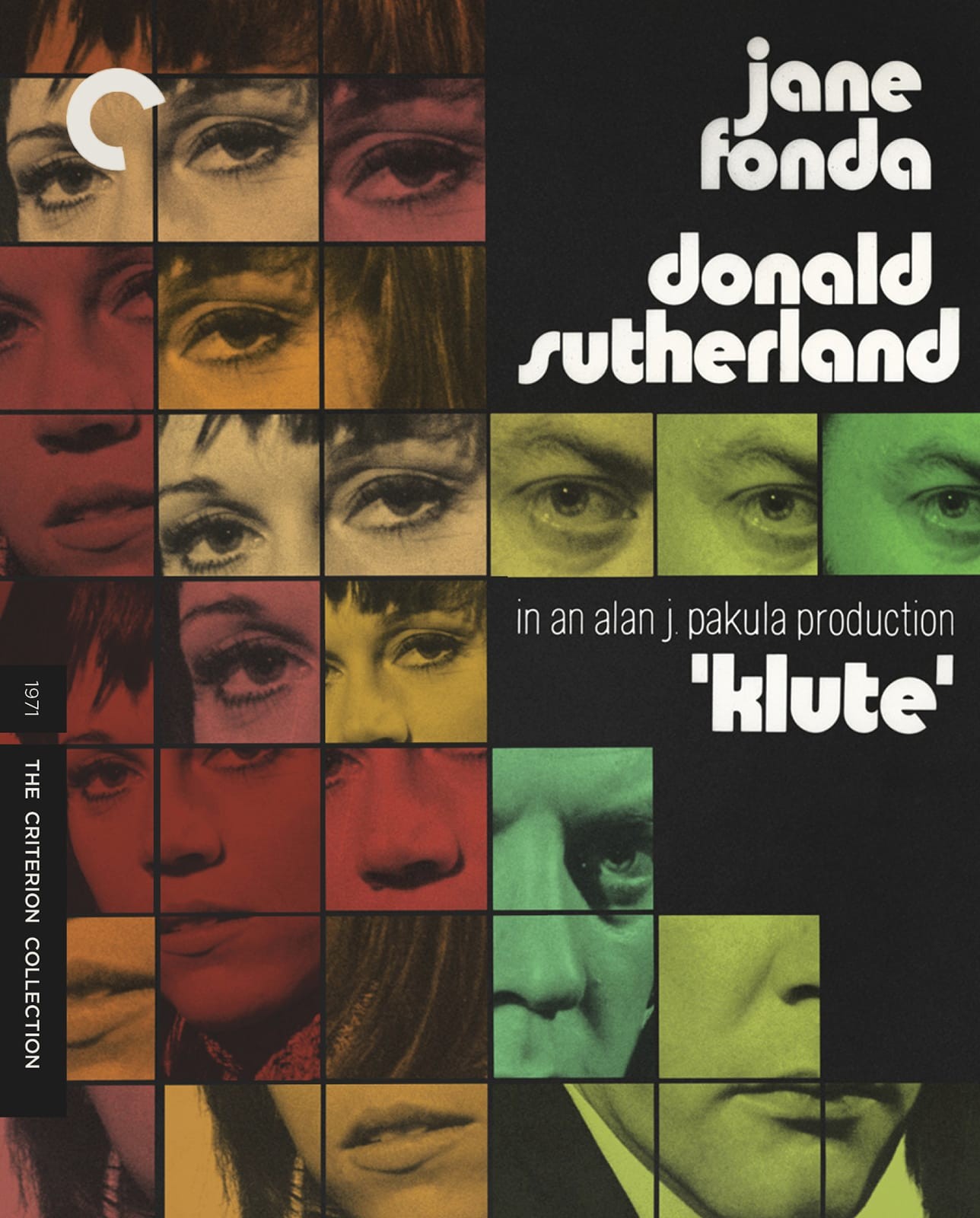 “With her Oscar-winning turn in Klute, Jane Fonda arrived full-fledged as a new kind of movie star. Bringing nervy audacity and counterculture style to the role of Bree Daniels — a call girl and aspiring actor who becomes the focal point of a missing-person investigation when detective John Klute (Donald Sutherland) turns up at her door — Fonda made the film her own, putting an independent woman and escort on-screen with a frankness that had not yet been attempted in Hollywood. Suffused with paranoia by the conspiracy-thriller specialist Alan J. Pakula, and lensed by master cinematographer Gordon Willis, ‘Klute’ is a character study thick with dread, capturing the mood of early-1970s New York and the predicament of a woman trying to find her own way on the fringes of society.” 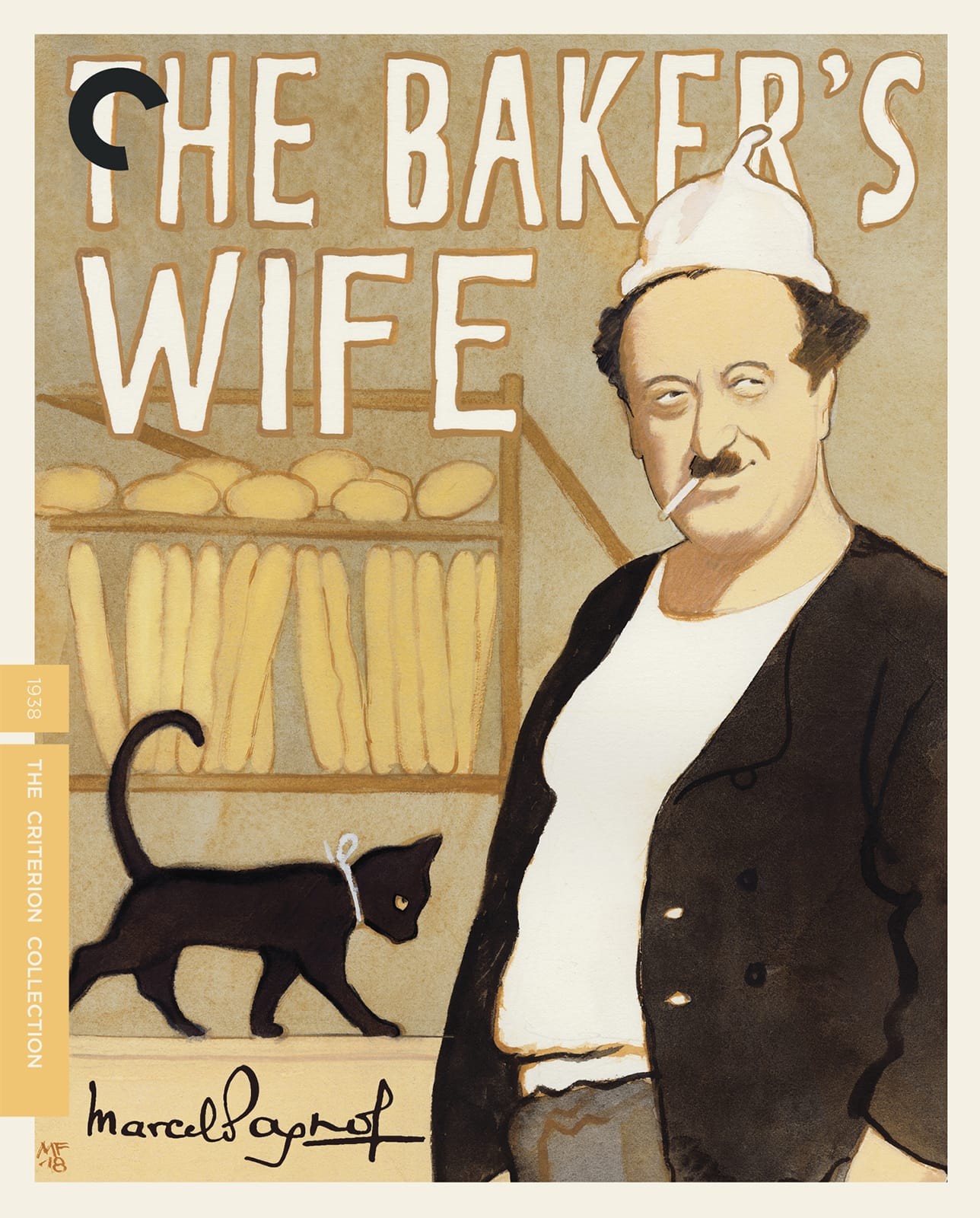 “The warmth and wit of celebrated playwright turned cinema auteur Marcel Pagnol shine in this enchanting slice-of-life comedy. Returning to the Provençal countryside he knew intimately, Pagnol draws a vivid portrait of a close-knit village where the marital woes of a sweetly deluded baker (the inimitable Raimu, praised by no less than Orson Welles as “the greatest actor who ever lived”) snowball into a scandal that engulfs the entire town. Marrying the director’s abiding concern for the experiences of ordinary people with an understated but superbly judged visual style, ‘The Baker’s Wife’ is at once wonderfully droll and piercingly perceptive in its depiction of the complexities of human relationships.” 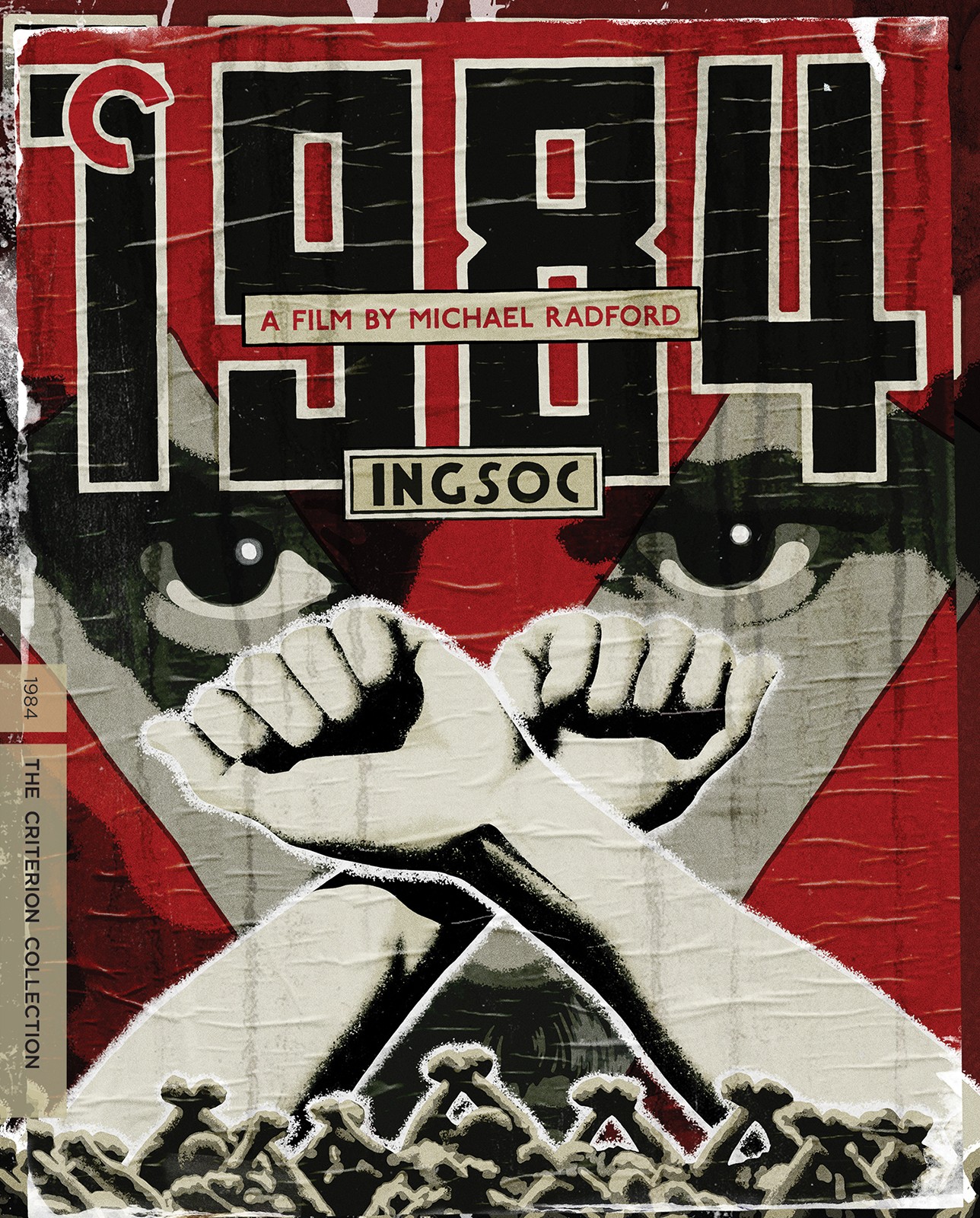 “This masterly adaptation of George Orwell’s chilling parable about totalitarian oppression gives harrowing cinematic expression to the book’s bleak prophetic vision. In a rubble-strewn surveillance state where an endless overseas war props up the repressive regime of the all-seeing Big Brother, and all dissent is promptly squashed, a profoundly alienated citizen, Winston Smith (thrillingly played by John Hurt), risks everything for an illicit affair with the rebellious Julia (Suzanna Hamilton) in a defiant assertion of humanity in the face of soul-crushing conformity. Through vividly grim production design and expressionistically desaturated cinematography by Roger Deakins, Michael Radford’s ‘1984’ conjures a dystopian vision of postwar Britain as fascistic nightmare-a world all too recognizable as our own.”

“Do the Right Thing” 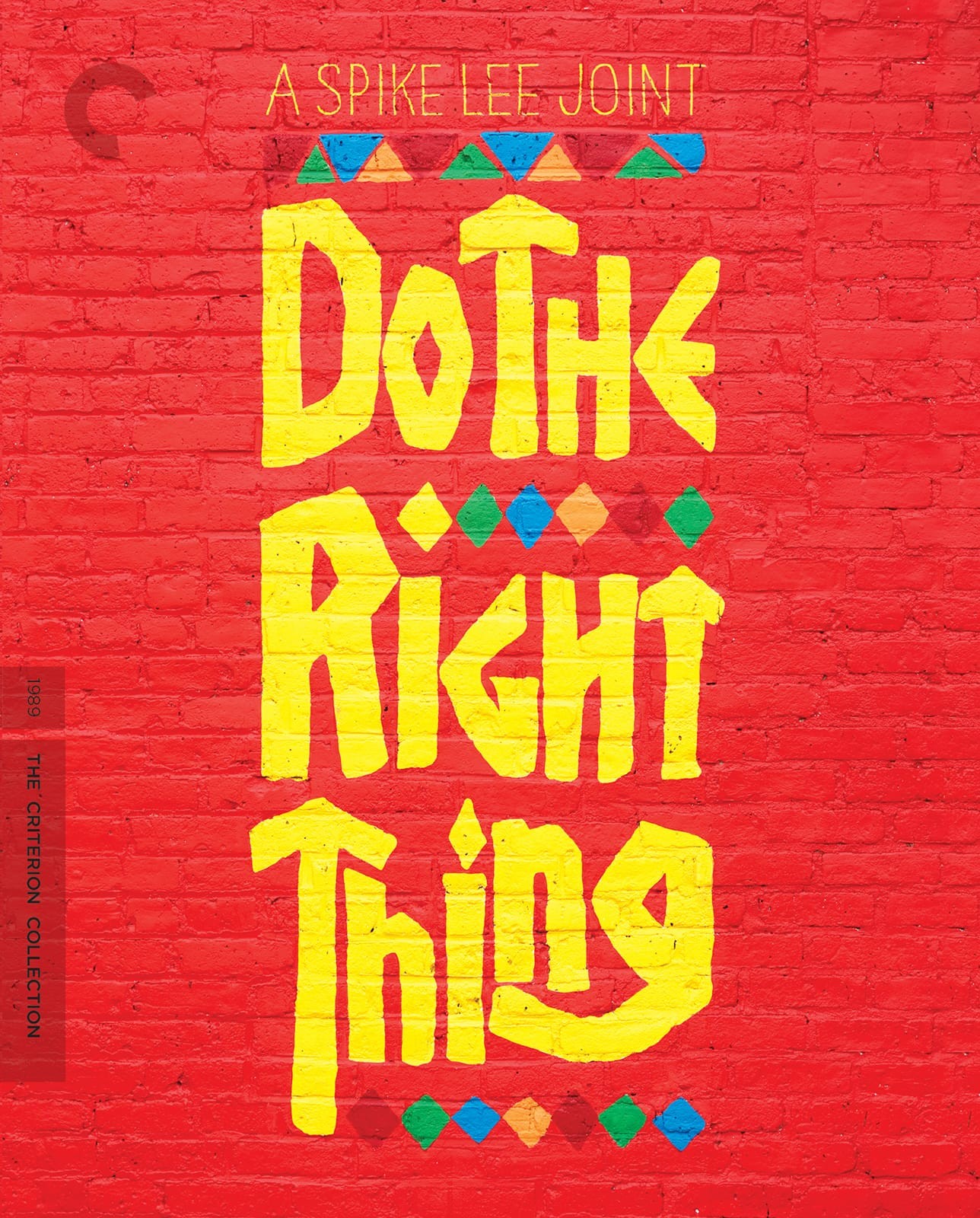 “Set on one block of Brooklyn’s Bed-Stuy Do or Die neighborhood, at the height of summer, this 1989 masterpiece by Spike Lee confirmed him as a writer and filmmaker of peerless vision and passionate social engagement. Over the course of a single day, the easygoing interactions of a cast of unforgettable characters — Da Mayor, Mother Sister, Mister Señor Love Daddy, Tina, Sweet Dick Willie, Buggin Out, Radio Raheem, Sal, Pino, Vito, and Lee’s Mookie among them — give way to heated confrontations as tensions rise along racial fault lines, ultimately exploding into violence. Punctuated by the anthemic refrain of Public Enemy’s ‘Fight the Power,’ ‘Do the Right Thing’ is a landmark in American cinema, as politically and emotionally charged and as relevant now as when it first hit the big screen.”

This Article is related to: Film and tagged The Criterion Collection