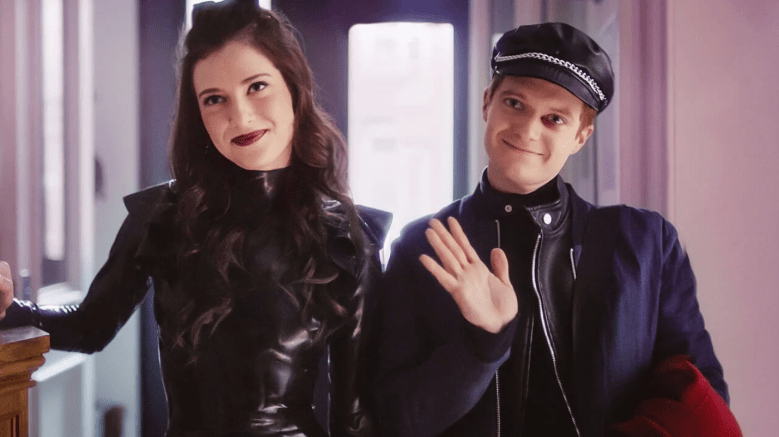 “As a young gay man still struggling with my own sexuality, guarding the door while one of my best friends from home tied a naked man to a four poster bed and whipped him was jarring to say the least,” wrote Doyle, while also touting “influences ranging from Pedro Almodóvar to Terry Zwigoff.”

Although many fans chimed in with messages of support, not all were convinced that Doyle’s experience gave him the right to tell this particular story. (IndieWire has reached out to Netflix for a response.)

“It has this horrible line — ‘I’m this way because I was assaulted.’ Cool, what a shitty thing to say because that’s often how I feel as a sex worker who was assaulted, and are people gonna think I do this because I was assaulted? I didn’t like the conflation storyline. Yes, let’s talk about trauma…but it’s not like she’s dealing with her trauma, she’s projecting it onto everyone else,” she said.

Aside from the triggering storylines, she said the script didn’t do justice to the sex worker character, making the subject matter feel even more exploitative.

“None of it felt real to me. It wasn’t a real story of a complex, beautiful sex worker who has a real story of abuse at work. That just didn’t feel right to me at all, having been there myself,” said Smith.

“Don’t fucking write a comedy where you haven’t consulted sex workers clearly on the writing. No sex worker would write comedy like that. You want a funny comedy? Get a bunch of sex workers to write down the shit they talk about in strip clubs. Sex workers are fucking funny, you don’t have to not include them to make a fucking comedy.”

The problem I see is that this is not for sexworkers. None of us are the target audience, nor does it seem we were considered during the production process. This is for college age civvie women who want to dip their toe into SW for lols without ever taking on any of the risks.

I understand that this is meant to be a comedic line.

Keywords being aware and consensual! pic.twitter.com/kkewh1XVDU

It appears the show, in spite of good intentions, has missed the mark on realistic portrayals of ProDommes & their clients, not to mention some of the more technical aspects of the job (rope, e.g.). There are so many qualified folx in LA who could’ve provided affordable guidance.

Last episode was problematic because skipping your vetting for an offer “too good to refuse” is asinine. The character is busy and “one of the best” so why is she so quick to go to this random man’s apartment ?

This is in such bad taste. Operating this account like an actual domme account when real dommes are shut down and shadowbanned all the time. Yuck. Throw the whole concept away. Ew.

Utter garbage. Parodied for profit. FOSTA/SESTA is literally killing people and here you are, @netflix, hand out, collecting cash while workers are jailed, evicted, killed. Shame on you.

There were some playing devil’s advocate, however:

Im seeing a lot of bashing about this show from other sex workers but honestly I enjoyed it. It’s a comedy, and it still touches on the stigma sex workers get and shows that sex workers are real everyday people. Maybe ya’ll should actually watch it first 🤷‍♀️

This Article is related to: Television and tagged Bonding, Netflix