CinemaCon: The Crawley family is about to host some very special visitors, but can they stave off a changing world? 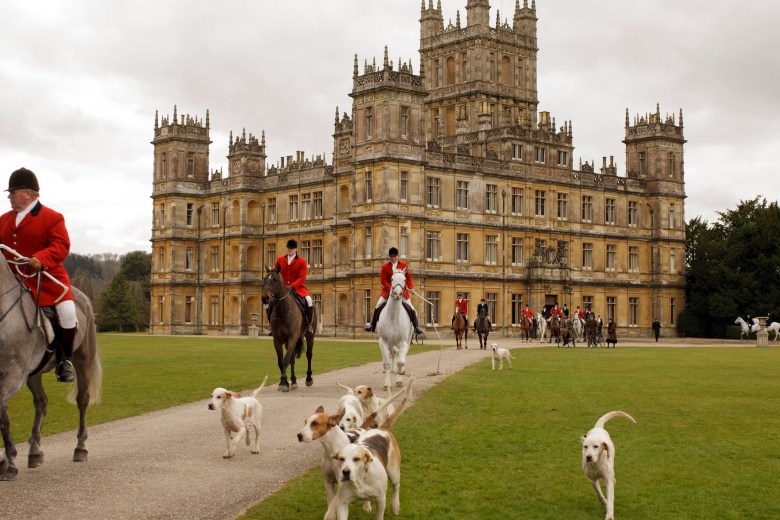 Downton is getting some royal visitors (and perhaps some big changes to go with them). While the plot of Michael Engler’s big screen continuation of the beloved PBS and ITV series has been mostly kept under wraps since the film was announced in July of 2018, when it was billed simply as the “next chapter” — even the recently released first teaser only showed off the grounds of the grand residence — the first full trailer for the film isn’t hiding the plot. The king and queen are coming to Downton!

The new trailer exclusively debuted during Universal Pictures’ Wednesday morning session at CinemaCon (and, like most new footage showed at the annual confab, is not yet available to the public) during which Peter Kujawski, president of Focus Features, promised, “This year, the Crawley family finally makes the leap to the big screen.” And it’s a very large family indeed, and an evolving one.

The series originally aired for six seasons on ITV in the United Kingdom and on PBS in the United States. Series creator Julian Fellowes has long wanted to turn the series into a feature film, and he wrote the script for the movie.

Picking up in 1927, the film’s trailer hints early on that the world is evolving, and so is the Crawley family. The trailer even kicks off with Lord Grantham (Bonneville) joking to some visitors that they’ve got “no maid, no nanny, no valet. It’s 1927 and we are modern folk.” But when news comes that the king and queen are set to visit the estate, including two royal meals and a parade through the nearby town, everyone is suddenly thrust back into the old ways.

Literally so, as Lady Mary (Dockery) is apparently tasked with prepping the family and the estate for the visit, a challenge that sends her to the only man who could really help: Beloved butler Carson (a returning Jim Carter), who she requests return to Downton to assist. He’s happy to do it, and the trailer sees a starry-eyed Carson returning to the estate, looking very much up to the task.

Still, the Crawley family’s constant worry — should they leave the sprawling, pricey, and perhaps outdated estate? — looms large over the festivities, as both Lady Mary and her sister Lady Edith (Laura Carmichael) appear to grapple with plans to depart. Can a royal visit change that?

This Article is related to: Film and tagged CinemaCon, Downton Abbey