The presidential candidate is now on the record as being a fan of another HBO series, in addition to her beloved "Ballers." 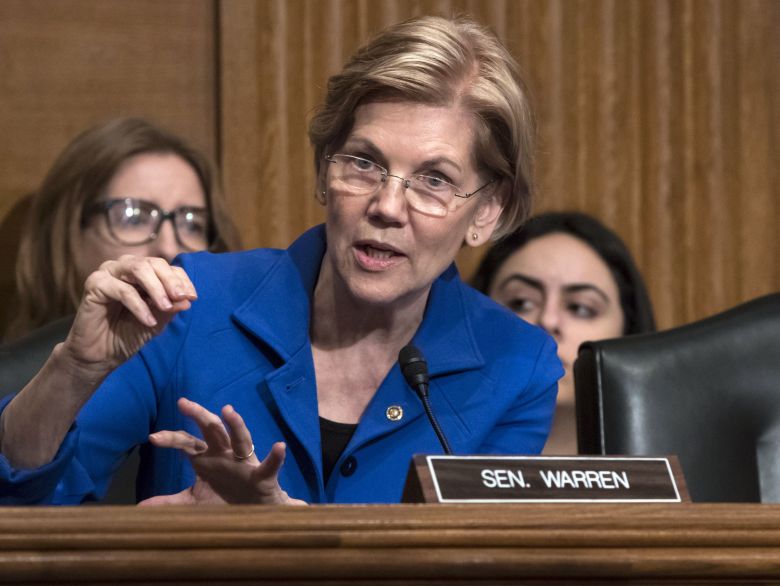 Just today, she’s put forth a plan that would eliminate a large percentage of student debt in this country. Last week, she wrote a post on Medium outlining a detailed plan to protect public lands and to levy restrictions against fossil fuel drilling. She’s getting behind an extensive plan to reform America’s corporate tax structure to ensure that profits are shared more equitably with employees and that those funds be used to enable the aforementioned policy goals. She’s also insisted that it’s necessary to discuss impeachment proceedings against the current president.

Great! So now that we’ve established that, it might also be worth noting that she wrote a piece about “Game of Thrones.” Highlighting some of its central characters, Warren looks at how different women in the GoT world assert their power. (It’s currently the most-read story on The Cut right now.)

In her quick observations on last week’s season premiere, Warren used Daenarys and Cersei as illustrations of the merits of earning achievements, as opposed to buying or gifting them. “This is a revolutionary idea, in Westeros or anywhere else. A queen who declares that she doesn’t serve the interests of the rich and powerful? A ruler who doesn’t want to control the political system but to break the system as it is known? It’s no wonder that the people she meets in Westeros are skeptical,” Warren wrote.

Warren has been a vocal fan of a very different HBO series, the Dwayne Johnson-starring “Ballers.” The show finished up its fourth season last fall, and presumably by the time that series comes back, the demands of the campaign won’t offer Warren the same amount of time to explain what Johnson’s character, Spencer Strasmore, can teach us about the income gap. In the meantime, she also contributed to the annual TIME 100 issue with some succinct words on fellow member of Congress (and recent “Desus and Mero” guest) Alexandra Ocasio-Cortez. She also made a recent stop by “The Late Show with Stephen Colbert” in support of some of her recent policy proposals. You can watch a clip of that appearance below:

This Article is related to: Television and tagged 20/20, Elizabeth Warren, Game of Thrones