At an Emmys FYC event, the TBS host spent a post-taping Q&A opening up about a segment close to her heart and dealing with the challenges of a nutty news cycle. 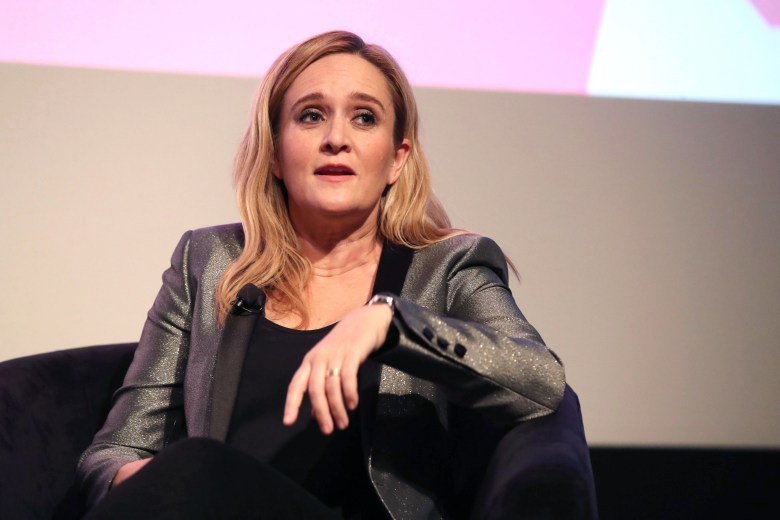 Over the course of three seasons, TBS’ weekly late night talk show “Full Frontal With Samantha Bee” has capitalized on both its host’s comedic chops and her desire to make her platform count for good. The result: a snappy half-hour series that easily mixes jokes about the current political climate with deeply reported field pieces that dig into such topics as America’s relationship with Puerto Rico, voter suppression, Brexit, and the wide range of issues facing immigrants around the world.

Despite the heavy subject matter, Bee always looks for humor. During an April 10 taping of the weekly show which also functioned as an FYC event for Emmy voters — Bee’s thrilling ability to spout off information and jokes in just one take was a hit with the industry types in attendance — that blend of quipping and reportage was on full display.

For this week’s field piece, Bee and her crew, including producer Razan Ghalayini, traveled to Djibouti to dig deeper into the plight facing Yemeni refugees who are currently in immigration limbo in the tiny country. Because of President Donald Trump’s Muslim Ban, Yemenis — including those directly related to American citizens and lawful permanent residents — no longer have a clear path to American citizenship.

The closure of the U.S. embassy in Yemen only further complicated the already complex problem, and now Yemenis looking to apply for visas must travel to Djibouti to utilize their embassy. Once in the East African country, they still find an application process that’s not just byzantine, but seemingly purposely nonexistent. Want to move to America? There are no forms, computer applications, or interviews to schedule. Is your spouse American? There’s no leg up for you. Are your kids American? Don’t expect special treatment. Don’t expect any kind of treatment.

During opening remarks, TBS Director of Original Programming Ashley Golden said that amid all the jokes, “Full Frontal” is a “platform for advocacy.” In the segment, Bee sat down to talk to human rights lawyer with the Center for Constitutional Rights Diala Shamas, who is fighting for the rights of the Yemenis (including spouses and children of American citizens) hoping to move to America. (Shamas was in the audience during the taping and earned massive applause.) “I love getting out of the studio whenever possible and just going to another part of the world,” Bee said in a relaxed post-screening Q&A. “People were generous and great, and that’s really been kind of universally true anywhere that we’ve gone.”

After the taping, Ghalayini explained that they found the subjects of their segment with the help of Shamas and their own Djibouti-based fixer (who Bee shared is also going through his own immigration issues). “We just went around and talked to everyone and tried to figure out who had a sense of humor and who wasn’t going to run away when we showed up,” Ghalayini said.

The segment is one that Bee and her team are clearly quite proud of — it formed the centerpiece of their FYC event, after all — and it came with its own challenges. Finding subjects willing to not only talk about their situation, but do it in a way that would lend itself to some laughs, wasn’t an easy ask. 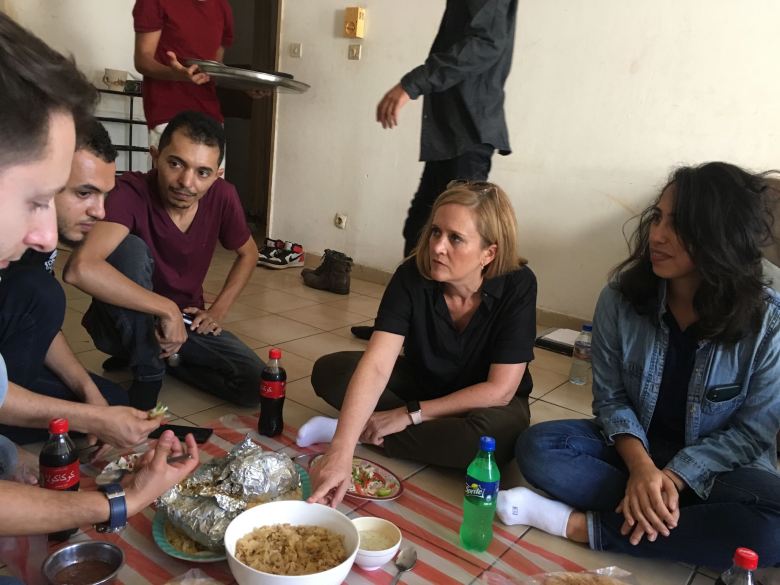 “Everyone was quite shy, actually. It’s a really big job to convince people,” Bee said. “People are conservative and they’re shy and it’s a really personal story and it’s obviously integral to their life happiness to find a resolution to this story. It takes a lot of convincing and it takes a lot of work to make people feel like they’re safe to talk to you on camera, to feel like you’re going to do the best job you can with their story.”

The segment features two women in face-covering niqābs, and Ghalayini shared that they were initially the most resistant. “It was really hard to the two in niqābs to come on, I think it’s a testament to Sam, who was like, ‘I don’t care if people feel uncomfortable about niqābs, they’re telling their story and we’re putting them on the show.'” (Of course, Bee gets in a voiceover joke that addresses that fear handily.)

Now in its third year, “Full Frontal” has been nominated for 13 Emmys, including one win for Outstanding Writing for a Variety Special for its inaugural “Not the White House Correspondents’ Dinner” in 2017. (The next dinner event will air on April 27.) While its field pieces are often the ones that earn awards attention, Bee was quick to point out another tough element of the show’s creation that is sometimes overlooked: those snappy opening segments that are both very funny and extremely topical. That’s a tricky balance to strike in a fast-moving news cycle.

“It’s very challenging,” Bee said. “We actually had a completely different first act planned for this show — and we’ll save it partially, because it will still probably be relevant a couple of weeks from now — but a full third of the show was a different show Tuesday morning. We did change the whole thing. Circumstances changed and it didn’t feel necessary, the act that we had already planned. That’s always difficult and annoying, but at least we didn’t change it Tuesday night, which definitely happens.”

Bee remembered an instance in which the whiplash-inducing news cycle threw her for another loop: on May 9, 2017, when President Trump fired FBI director James Comey, Bee was actually at fellow “Daily Show” alum Stephen Colbert’s late night show to appear as a guest.

“We were rehearsing some skit, and they were just like, ‘James Comey just got fired!’ and I was so happy to be on someone else’s show that night,” she said with a laugh. “They really had 20 or 30 minutes to totally remake the monologue to adjust to that, and that has for sure happened to us before. It is a whiplash and you do have to be somewhat nimble.”

Still, it’s those field pieces that form the spine of the show, and Bee and her team are able to rely on them in even the weirdest of news weeks. “We definitely try to keep the second act as it is, as it’s planned,” Bee said. “The field piece is planned well in advance, so we don’t often pivot off of that. Generally speaking, two-thirds of the show is pretty set and then one act of the show we leave pretty flexible in case James Comey gets double-fired.”

At end of this week’s Djibouti segment, Bee calls for other members of the media to turn their attention away from the kind of splashy, silly headlines that seem to gobble up attention. She’d like more people to tune into the tougher stuff that her show keeps finding its own (still funny) way into exploring.

“It’s impossible to tell what’s really going to light a fire for people,” Bee said. “And if that will impact anything, we really don’t know. We’re always hoping. It’s not every day that you get to have a show, so it’s nice to use the platform for something, if you can. … Does it mean anything, ultimately in the world? I always hope it means something, we’ll try.”

You can watch the full “Yemenis in Djibouti” segment below.

This Article is related to: Awards and tagged Full Frontal With Samantha Bee, Samantha Bee