Miguel Sapochnik studied "The Lord of the Rings: The Two Towers" before getting to work on the final season's massive battle episode. 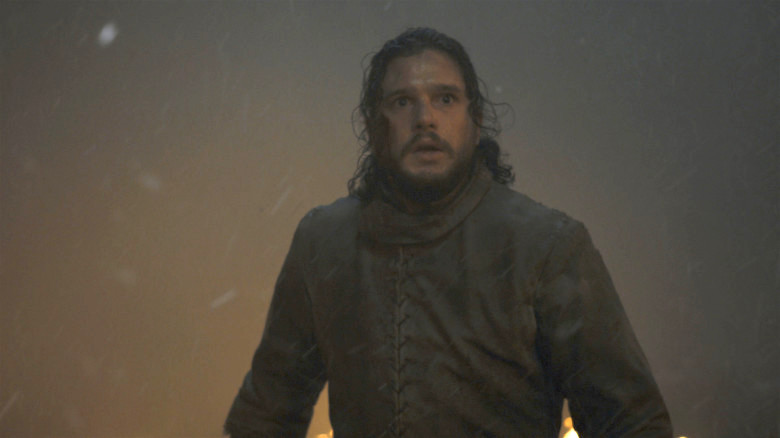 “Avengers: Endgame” is hardly the only big-budget spectacle debuting this weekend. Sunday night finds “Game of Thrones” airing the long-awaited Battle of Winterfell in an 80-minute episode that has already been billed as featuring one of the longest battle sequences ever put on television or film. Behind the camera for the episode is Miguel Sapochnik, the director who has helmed the most iconic “Thrones” battles (see “Hardhome”) and won an Emmy for his direction of “Battle of the Bastards.” Sapochnik recently told Entertainment Weekly he prepped for the Battle of Winterfell by studying Peter Jackson’s “The Lord of the Rings: The Two Towers,” specifically the legendary Helm’s Deep battle sequence.

“The siege is a 40-minute sequence, but it’s actually three different battles in three different places intercut,” Sapochnik said. “That was the biggest thing I could think of that was contemporary. I was trying to get a sense of when do you tire out. I think we’re going to blow past that. It feels like the only way to really approach it properly is take every sequence and ask yourself: ‘Why would I care to keep watching?'”

“One thing I found is that less action — the less fighting — you can have in a sequence, the better,” the director continued. “We also switch genres. There’s suspense and horror and action and drama and we’re not stuck in killing upon killing because then everybody gets desensitized and it doesn’t mean anything.”

When asked how to describe the tone of the Battle of Winterfell, Sapochnik replied, “This is survival horror.” The biggest challenge for Sapochnik was figuring out how to maintain a sense of perspective given how many characters the Battle of Winterfell involves. Sapochnik’s previous battle episodes, “Hardhome” and “Battle of the Bastards,” were told from the sole perspective of Jon Snow.

“Here I’ve got 20-some cast members and everyone would like it to be their scene,” Sapochnik said. “That’s complicated because I find the best battle sequences are when you have a strong point of view, and here the point of view is objective even when you go from one person’s story to another. Because when you’re cutting back and forth, [the perspective] becomes objective whether you want it to or not. I keep thinking, ‘Whose story am I telling right now? And what restrictions does that place on me that become a good thing?'”

Sapochnik can’t say more about the Battle of Winterfell before the episode airs. However, the director did tell Entertainment Weekly that he originally requested to direct the third, fourth, and fifth episodes of “Thrones'” final season. Shooting three episodes was impossible given the logistics of the show’s shooting schedule, plus showrunners David Benioff and D.B. Weiss needed Sapochnik and only Sapochnik to pull off what they had planned in episode three and episode five, suggesting the series’ penultimate episode is another spectacle-driven entry.

“What I really like about three, four, and five is they’re a complete piece with a beginning middle and end,” Sapochnik said. “I try to approach all these [episodes] like they’re one. Like in Season 6, [episodes 9 and 10, ‘The Battle of the Bastards’ and ‘The Winds of Winter’], were to me one thing. Yes, there was talk of that. Thank god it didn’t happen. I would be so dead right now.”

This Article is related to: Film and tagged Game of Thrones, HBO, Miguel Sapochnik