How the true King in the North could learn of and react to his destiny when HBO's fantasy epic returns. 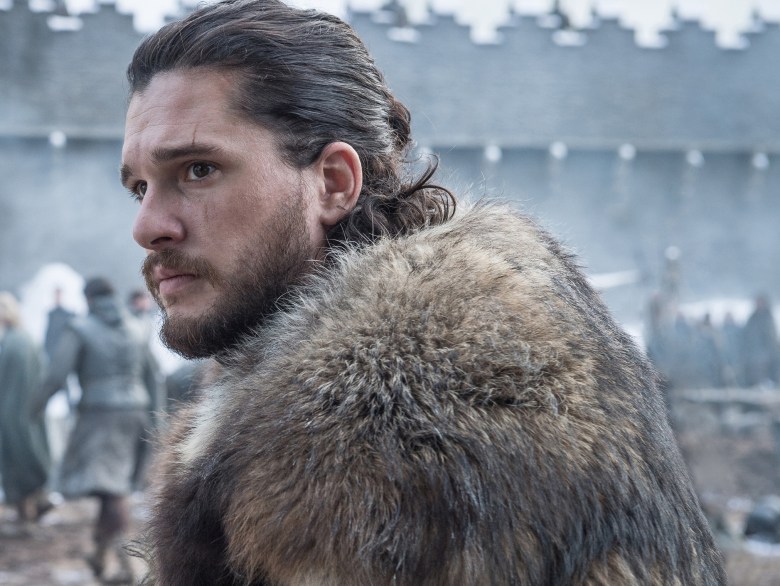 Jon Snow is the actual heir to the Iron Throne, as “Game of Thrones” confirmed in its finale last season. With this year’s big White Walker battle looming, he’ll need to learn the truth immediately, but only Bran Stark (Isaac Hempstead-Wright), aka the omniscient Three-Eyed Raven, and maester-in-training Samwell Tarly (John Bradley) know the truth. How will the big reveal take place?

“Neither of them would want to tell him because it’s such sensitive information,” said Bradley in an interview with IndieWire.

Even for “Game of Thrones,” Jon’s lineage is an unbelievable tale. Rhaegar Targaryen, the son of the Mad King Aerys, had his royal marriage annulled and then married Ned Stark’s sister Lyanna in secret because their families were enemies. The couple perished during the overthrow of Aerys, but not before Ned made a vow to Lyanna on her deathbed to keep her infant son safe. And thus the story of Jon Snow, the so-called bastard to Ned, was born. Such delicate and politically fraught information has to come from a reliable source for Jon to believe it.

“If Jon was to find out [the truth] from anybody, he’d rather it be Sam than anyone else because he knows that Sam will be telling him for the right reasons,” Bradley said. “Sam’s not got an agenda and Sam has got Jon’s best interests at heart. I think you’d more likely to believe it from Sam, as well, because he’ll know that he’s not trying to stir up trouble and not trying to get at him. He’s just telling him because he feels he needs to know. So I think that Jon would never want to find that out, but if you are going to find out, it’s best from one of your closest friends that you trust.”

Knowing his real lineage could affect Jon in several ways, not the least of which is cause a major identity crisis. He had always thought of himself as Ned Stark’s son and a bastard, but it turns out that he’s neither. Also, he had just bent the knee to Daenerys Targaryen (Emilia Clarke) in addition to taking her as a lover. Add in the revelation that she is technically his aunt, and that is quite the Gordian knot for poor Jon Snow that he might wish he were never resurrected.

Having two legitimate Targaryen heirs to the throne could also create factions at a time where unity is of utmost importance — but for now, everyone else is unaware that such a bombshell exists and are focused on the battle ahead.

“Trying to think of a good way to go about telling somebody that is not easy,” Bradley said.

This Article is related to: Television and tagged Game of Thrones, HBO, John Bradley, TV Interviews