Production is now underway in the Jordan desert on the science-fiction epic. 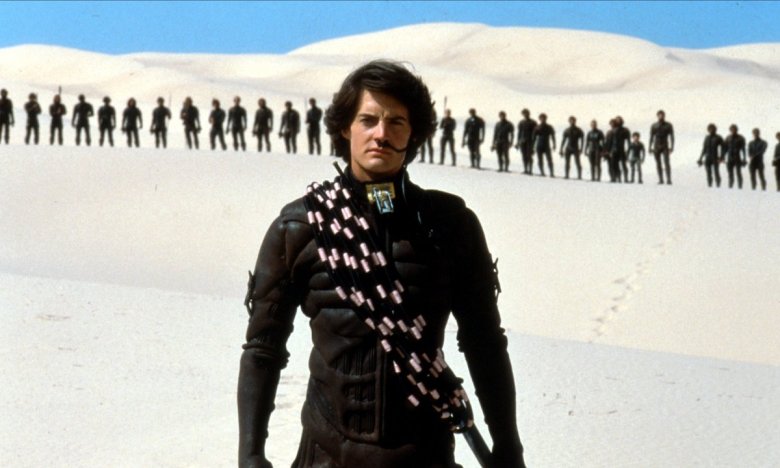 The name David J. Peterson probably does not ring a bell for most people, but he’s the connective tissue between “Game of Thrones” and Denis Villeneuve’s upcoming “Dune.” Peterson is a linguist and language consultant who has spent the last several years perfecting the art of the Dothraki and Valyrian dialects on “Thrones,” while also advising on fictional languages heard in “Doctor Strange,” “Warcraft,” “The 100,” “Bright,” and “Penny Dreadful.” Peterson recently confirmed to io9 his latest gig is working on languages for “Dune,” although the project is under so much secrecy, admitting his involvement is just about the only thing he can say right now.

“I asked [the studio before the interview], especially because it seemed like every day you’re jumping on Twitter and, ‘Oh, this person is working on Dune.’ I’m like, ‘Can I say I’m working on Dune?’” Peterson said. “They said, ‘Yeah you can say you’re working on Dune, but you can’t say anything about what you’re doing.’”

Peter was willing to drop one hint and one hint only about his work on “Dune”: “I will say this: It’s more than one thing.”

The tease suggests Peterson is working on multiple languages for “Dune,” production on which has already started in the Jordan desert. As io9 pointed out, there are several languages in Frank Herbert’s “Dune” novels that Paterson could be bringing to life on the big screen. The main language in the novel is Galach, although Herbert portrayed this dialect in English. The most likely dialects Peterson is working on are Chakobsa, a hunting language spoken by the Fremen of Arrakis, and Azhar, a secret language used by the Bene Gesserit.

Peterson would not confirm further details.

Meanwhile, Peterson’s work can next be heard on the final season of “Game of Thrones.” The consultant told io9 the final season was under so much secrecy that he wasn’t even given partial scripts to work with like he usually got during past seasons. Instead, Peterson only got the specific lines he had to translate and the necessary context for the lines and nothing more. Head over to io9 to read his full interview.

This Article is related to: Film and tagged David J. Peterson, Dune, Game of Thrones