Even the Hound cried when he saw the Red Wedding. 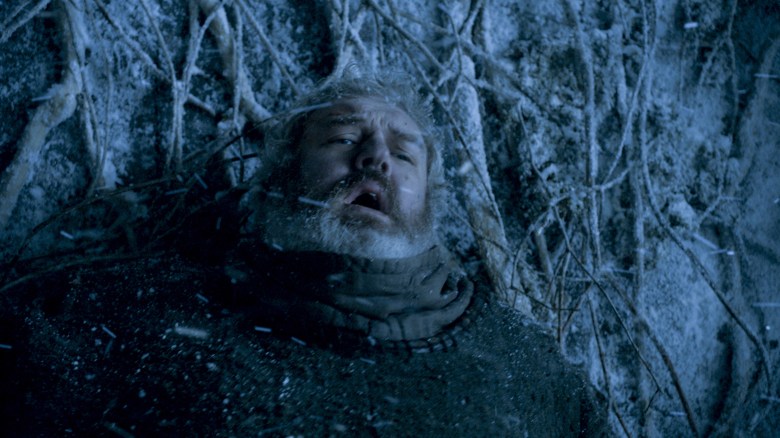 By now you’ve seen enough reaction videos to know which scenes “Game of Thrones” fans were most shocked by, but what about the actors themselves? Ahead of the epic series’ upcoming eighth and final season, a number of cast members have revealed the moments that took even them by surprise — several of which involved the actors themselves. Watch below.

Sophie Turner refers to the death of Ned Stark, her onscreen father, as “the most shocking scene that I didn’t see coming” — and she’s hardly alone. Sean Bean’s patriarch is presented as the show’s protagonist in the first season, so his execution eight episodes in is widely regarded as the first major twist on “Game of Thrones.” “From then on, I started to distrust the show as to whether they’d kill my favorite character or not,” Turner says. Ditto.

“I think the most shocking was probably my death,” Harington says of Jon Snow’s murder at the end of season six (don’t worry, he comes back), whereas Isaac Hempstead Wright “couldn’t quite believe” what he refers to as “the Hodor moment” — the climax of “The Door,” in which we realize why the gentle giant is actually named Hodor and witness his self-sacrifice. “That was such a sort of, ‘Oh my god!'” he says of the emotional scene.

Then there’s the Hound. “I watched the Red Wedding and I didn’t really read into it in the script of what happened,” Rory McCann says of what may well be the show’s most infamous sequence. “I think I just did my bit and went, La la la. And then when it came out, I remember I watched in the morning. I’m a big guy, big tough guy, but guess what? I burst into tears. It was an absolute shocker. I remember just watching, going, ‘no, no, no, no! What!?’ It was brilliant.”