Stunning landscapes and long-awaited meetups set up the chessboard with excruciating deliberation. 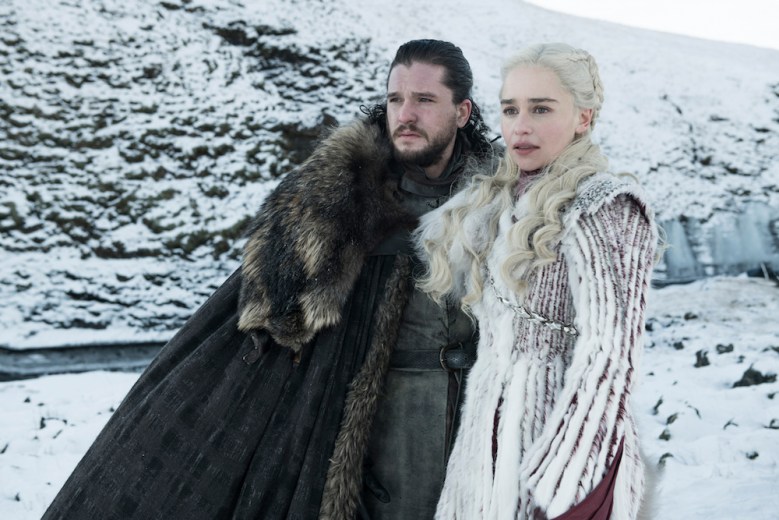 Kit Harington and Emilia Clarke in “Game of Thrones”

[Editor’s Note: The following contains spoilers from the “Game of Thrones” Season 8 premiere.]

Well, that was fun. “Game of Thrones,” long known for taking its viewers by surprise, returned for its final season premiere Sunday night with a shocking twist: jokes! The one-hour episode was surprisingly lighthearted, and full of witty moments, which will no doubt anger the more bloodthirsty fans who want sword-fighting and dragon-fire now.

Considering how the most recent season ended with everyone on the move, it makes sense that this episode — written by Dave Hill and directed by David Nutter — takes time to once again set up the chessboard. Plus, with so many puzzle pieces to service all coming together after seasons of teasing these meetups, it’s necessary to address the history that has passed and how they know each other. However, it makes for a static episode where scene after scene is glorified exposition peppered with wry jabs.

Politics is at the forefront of this talkiness, and it all boils down to how the Northerners are rightfully upset that their elected leader Jon Snow (Kit Harington) has thrown his and his people’s fealty to a scary, peroxide blonde stranger. Sure, Daenerys Targaryen (Emilia Clarke) has two armies and two dragons to swell their ranks, but she’s also descended from a crazy king, doesn’t understand Westerosi ways, and has even set those who refuse to accept her as queen on fire.

It’s this last detail that is one of the most interesting notes of the episode. Set up last season, when Dany literally had Drogon flame Randyll and Dickon Tarly (James Faulkner, Tom Hopper) to death, the price for that hotheaded action is paid in the premiere when Samwell Tarly (John Bradley) learns of his father and brother’s fate. His horrified and stunned reaction is a moment of authenticity in an episode where everyone treats murder cavalierly, and in some cases as if it were a punchline. 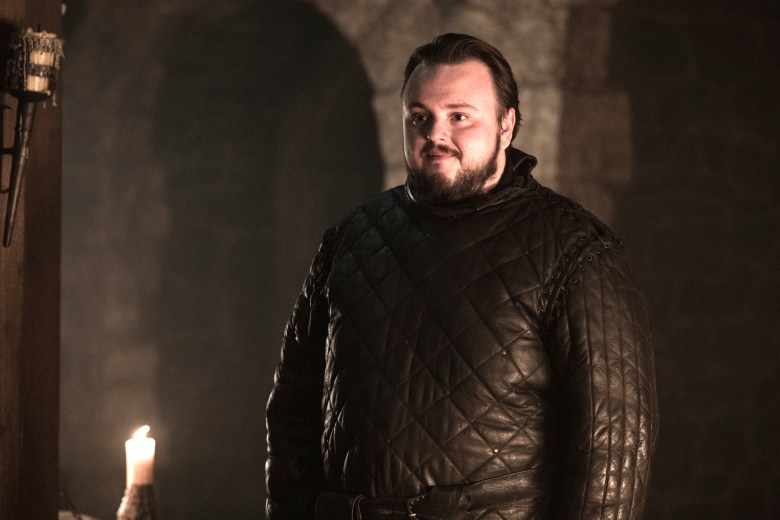 The biggest strength of “Game of Thrones” has always been that the world George R.R. Martin created isn’t safe. Heroes die. There are real stakes. Although viewers had little reason to love Sam’s family, it’s his reaction to their loss that is creating the stakes. Daenerys’ power-mad decision may have cowed others on the battlefield to bend the knee, but it has cemented her reputation as a crazed despot for Sam. And Sam — one of the gentlest and useful characters on the show — has the ear of Jon Snow, whose leadership the Northerners crave and whose birthright happens to supersede Dany’s claim for the Iron Throne. Let the incestuous lovers stew on that tangle.

While that’s perhaps the most important takeaway from the premiere, the episode has several enjoyable moments to recommend it: Hearing Lyanna Mormont (Bella Ramsey) speak her piece about Jon’s disappointing job performance, seeing Arya (Maisie Williams) and Gendry (Joe Dempsie) bantering after so many seasons apart, soaking in the stunning Northern landscape as Jon Snow takes his thrilling first (and probably not last!) dragon ride, and cheering for Theon (Alfie Allen) when he finally owns up to his responsibility to his sister and his adoptive Stark family.

However, the best moment wouldn’t exactly be called “enjoyable.” In fact, it’s downright gruesome, but that’s exactly what viewers have signed up for. When the very much alive Tormund Giantsbane and Beric Dondarrion (Kristofer Hivju, Richard Dormer) encounter their old pal Edd (Ben Crompton), they begin to discuss the Night King and the dire state the world is in. And then they’re interrupted by a bloodcurdling, eldritch scream from the corpse of the young Lord Umber (Harry Grasby) on the wall surrounded by disembodied arms. Nightmares.

The episode might be full of laughs and warm reunions, but this atrocity, this eerie undead fate, is what all of these characters are facing. It’s a good reminder of what is at stake, and frankly, the episode could have used more of these weighty moments and heightened tension. White Walkers have breached The Wall, and yet, everyone is speaking to each other civilly. Under moments of great duress and danger, people’s basest natures come out. How did any of these reunions not end in shouting or a dagger being brandished? How has no strategy been broached at all except for calling people back to the stronghold of Winterfell? Why aren’t Arya and Brienne (Gwendoline Christie) sparring and teaching Lady Mormont to do the same? Why didn’t Jon and Dany make their dragon joyride a reconnaissance trip? 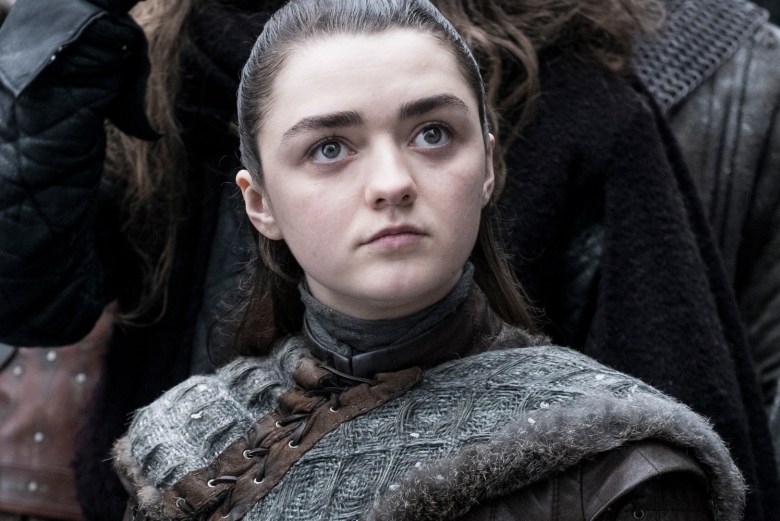 This is not to say that the sweeter and lighter character moments are unwelcome. But they should also exist alongside the dangerous moments. Way back in Season 1, the series premiere is perhaps the happiest the Starks have ever been. They were all alive and even adopted adorable direwolves. And yet that episode also included at least three deaths and Bran (Isaac Hempstead-Wright) getting shoved out of a window.

That is the light and dark balance of “Game of Thrones” that viewers crave and demand, and no doubt that’s coming later. But with only six courses in the farewell banquet of this season, and a couple of guests still on their way to the party, this table setting and small talk have honed an appetite that’s already been whetted for two long years.