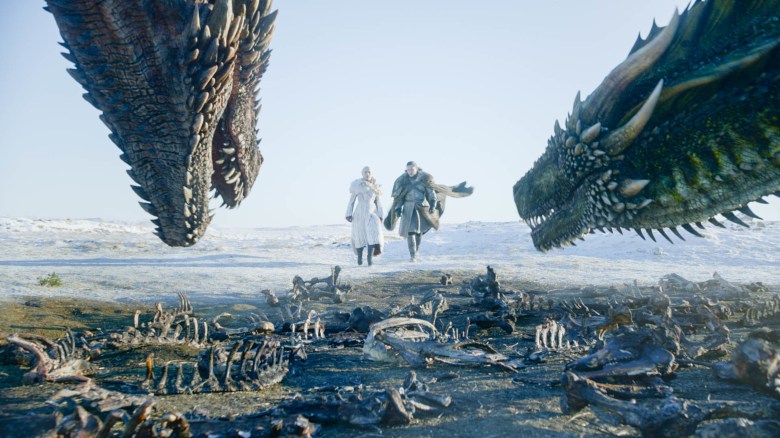 As you may or may not be aware, a lot of people watched television last night. On the strength of a much-hyped return for monoculture juggernaut “Game of Thrones,” HBO released the cross-platform viewership numbers for its Sunday night programming.

The network claimed in a statement that 17.4 million viewers tuned in to its flagship series, a number culled from audiences watching on HBO and its two streaming options: HBOGO and HBO NOW.

As the rising tide to lift all totals, that record-setting night for HBO meant impressive showings for the other shows that aired. “Barry” was seen by the most viewers of its run, currently spanning 10 episodes. The audience size of 2.2 million is four times what it was the previous week, according to the network.

It wasn’t just the scripted shows that benefited from the increased attention, as “Last Week Tonight” also saw a spike. (Though, who knows if it’s because of the dragons or because they unleashed the true secret weapon: Richard Kind.)

As for “Thrones,” Season 8 will continue over the next five weeks, over which time HBO anticipates these numbers to grow even larger, following last year’s trends. By the network’s calculation, Season 7’s eight episodes garnered an average of 32.8 million viewers per episode.

For context, last year’s post–Super Bowl episode of “This is Us” landed around 33.4 million. While it’s hard to compare a premium service series to a show with an episode on broadcast, that 17.4 million for Sunday night’s premiere would still have put it outside the Top 50 biggest audiences from 2018, behind about two dozen football games (pro and college), the major award show telecasts, and at least three episodes of “NCIS.”

This Article is related to: Television and tagged Barry, Game of Thrones, HBO, Veep