"Game of Thrones" kicked off its final season with one of its most brutal images: A child being burned alive. 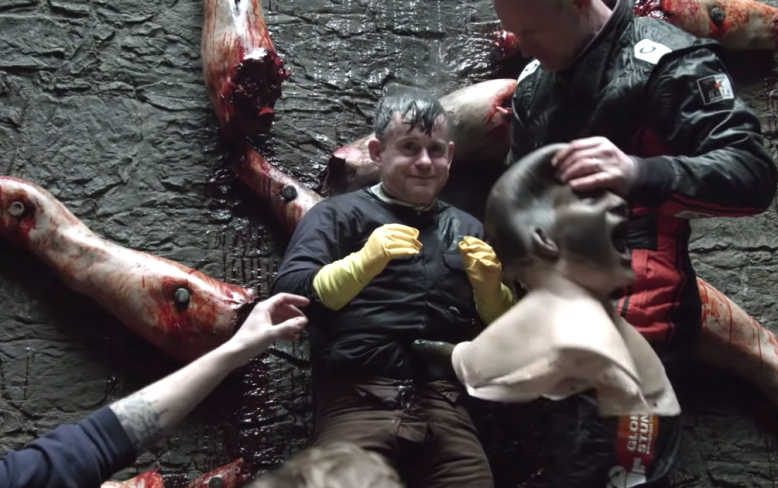 The most horrific moment of the “Game of Thrones” Season 8 premiere was easily when Beric Dondarrion had to light a young child turned white walker on fire. “Thrones” is well known for featuring graphic violence across its run, but the sight of a small boy screaming while he is burned alive sticks out as one of the show’s most brutal images (it brought back memories of the young Princess Shireen being burned alive in Season 5). Showrunner David Benioff calls the scene “a great horror movie sequence” in HBO’s official behind-the-scenes documentary on the premiere, which also introduces the stuntman who pulled off the horrific moment.

Paul Lowe is probably not a name that rings a bell for most “Thrones” viewers, but it’s likely many viewers are familiar with the stuntman’s work. “Winterfell,” the Season 8 premiere, was Lowe’s ninth “Thrones” episode and a full circle moment considering he also worked on the show’s pilot episode, “Winter Is Coming.” Lowe’s other credits include “Dumbo,” “World War Z,” the “Harry Potter and the Deathly Hallows” movies, “Jason Bourne,” and the upcoming Marvel film “Spider Man: Far From Home.”

For his latest “Thrones” episode, Lowe had to get set on fire for an extended period of time. To pull off the stunt, a lookalike fire mask was created to resemble Lowe’s screaming face (see photo below). Lowe wore the mask during filming and was given audio cues from stunt coordinator Rowley Irlam on how to perform since the mask makes it difficult to see. Irlam counted down first to light the sword on fire, then again for the camera to start rolling, and then again to let Lowe know when he could start reacting to being set on fire. Lowe said that being inside the suit and mask made it difficult to know whether he was set ablaze or not.

“You have an idea of what it’s going to be like but when I was set on fire,” Lowe said. “Even when I had these small eye holes, all I could see was these little flicks of light and like a little red. When they put it out I asked, ‘Was I on fire?’ and they said, ‘Yeah it was massive.'”

Watch Lowe’s stunt come to life in the video below. “Game of Thrones” final season airs Sunday nights at 9pm ET on HBO. 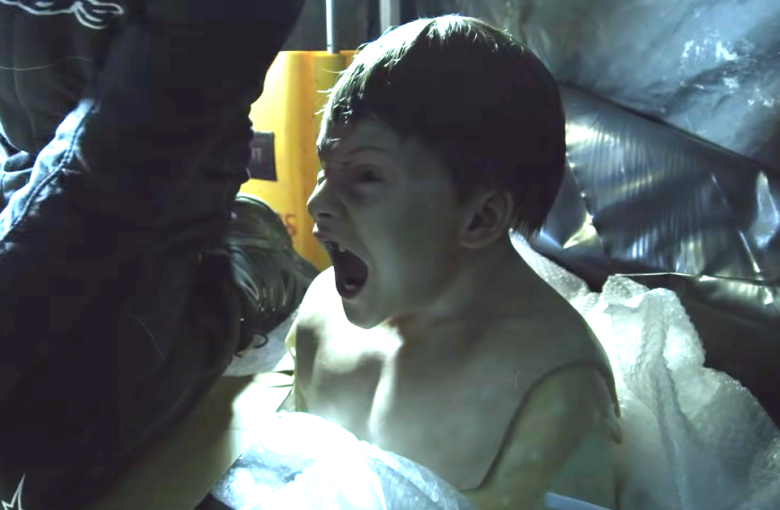 Paul Lowe being set on fire during filming. 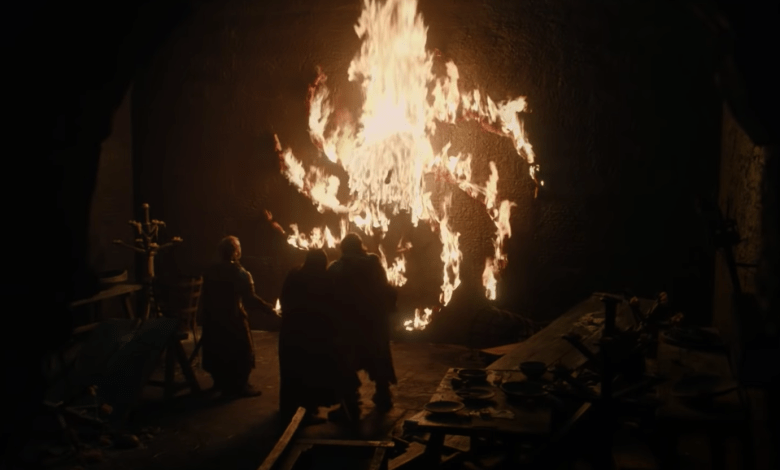 The final “Game of Thrones” scene

This Article is related to: Television and tagged Game of Thrones, HBO, Paul Lowe, Stunt Performer