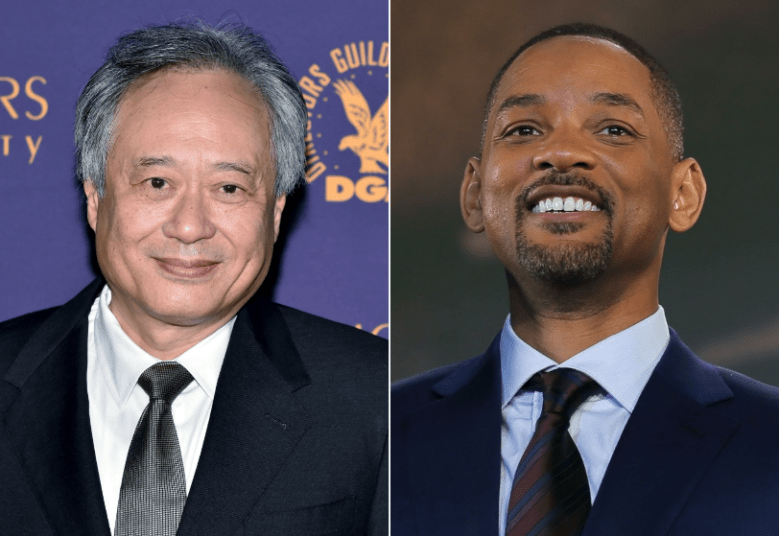 Ang Lee and Will Smith

One of the big question marks on Paramount’s upcoming slate is “Gemini Man,” a science-fiction action movie starring Will Smith, Clive Owen, Mary Elizabeth Winstead, and Benedict Wong. Launching an original sci-fi property has proven risky at the box office as of late, and making matters more interesting is that Lee shot the film in 3D at 120 frames per second and 4k resolution. The filmmaker did the same thing with his previous movie, “Billy Lynn’s Long Halftime Walk,” but the gamble of shooting at five times the normal frame rate (24fps) did not pay off as critics largely complained the footage was hyper-real and looked like a video game.

Heading into Paramount’s CinemaCon presentation, all eyes were on the studio to see whether or not Lee has refined the approach to 120fps filmmaking. There’s also the question of just how many theaters will even be able to play the movie at 120fps. Paramount introduced “Gemini Man” with a sizzle reel looking back at the careers of Smith and Lee. The studio boasted the film features the pairing of two “legendary artists.” Lee appeared on stage and said he is “still tweaking” and “still working” on the film in post-production.

Lee then introduced the first “Gemini Man” teaser, which was presented in 3D. The film stars Smith as an aging assassin who must avoid being killed by a younger clone of himself. The clone is a 23-year-old Smith and is played by the actor using de-aging visual effects. The teaser shown at CinemaCon provided the first look at de-aged Smith, and the final result wowed journalists in attendance.

Paramount Pictures will open “Gemini Man” in theaters October 11. Check out the first reactions below.

“You made a person out of another person, and you sent me to kill him.”#GeminiMan looks DOPE. Young Will Smith fighting older Will Smith is wild. Effects are incredible and we watched in 3D#CinemaCon

Here’s the thing about GEMINI MAN, which looks pretty cool: 50 year old Will Smith doesn’t look THAT dramatically different from a de-aged Will Smith.

Pulling out 3D glasses now for #GeminiMan footage – it looks bananas. Even unfinished, the tech of young Will Smith facing off with older Will Smith is eye-popping. #CinemaCon

#GeminiMan looks intense action packed & psychological. This is going to get Will back to his glory after #Aladdin is done with him. #CinemaCon

GEMINI MAN trailer features Will Smith being hunted by younger Will Smith. It will live and die on its F/X, which look … okay, from brief look. Director Ang Lee: “There’s so much Will Smith in this movie. I’m almost close to figuring out the mystery of Will Smith.” #CinemaCon pic.twitter.com/EqoU1mdqkA

Gemini Man looks amazing. Will Smith is fighting his younger self and he looks just like he did in Independence Day in that form. Ang Lee went all out with it. Definitely an awesome looking movie! #CinemaCon

This Article is related to: Film and tagged Ang Lee, CinemaCon, Gemini Man, Will Smith