Was it his idea to bring back Emperor Palpatine? 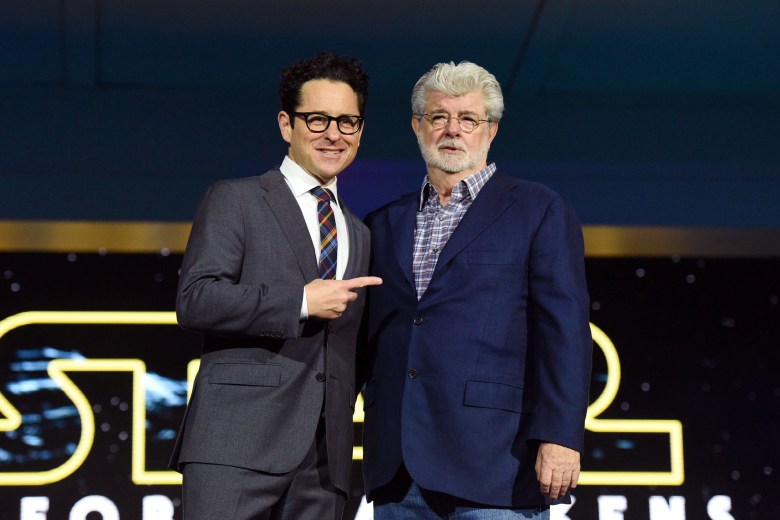 J.J. Abrams and George Lucas at the premiere of “Star Wars: The Force Awakens”

George Lucas’ involvement with “Star Wars” didn’t end when he sold the multibillion-dollar franchise to Disney in 2012. Following yesterday’s debut of the trailer for highly anticipated “The Rise of Skywalker,” the third and final installment in the new trilogy of sequels that began with “The Force Awakens,” J.J. Abrams has revealed the extent of Lucas’ involvement as a consultant on the new film’s script.

In response to a question about the surprise return of Emperor Palpatine, a character Lucas created as the main antagonist of the first two trilogies, Abrams did what those involved with secretive blockbusters often must do: speak generally, while hinting at a deeper truth.

“This movie had a very, very specific challenge, which was to take eight films and give an ending to three trilogies, and so we had to look at, what is the bigger story? We had conversations amongst ourselves, we met with George Lucas before we started writing the script,” Abrams, who co-wrote and directed both “The Force Awakens” and “The Rise of Skywalker,” told IGN.

“These were things that were in real, not debate, but looking at the sort of vastness of the story and trying to figure out, what is the way to conclude this?” he said. “But it has to work on its own as a movie, it has to be its own thing, it has to be surprising and funny and you have to understand it. You can’t assume anyone has sat and watched eight movies before this one.”

After writing and directing the original “Star Wars,” Lucas received story credits on both “The Empire Strikes Back” and “Return of the Jedi” while handing the reins to other directors. He then wrote and directed the entire prequel trilogy, which was highly successful financially but not as well reviewed as the first three films.

The new series has reversed that trend, though last year’s “Solo: A Star Wars Story” became the first installment in the franchise to lose money after a troubled production process that saw original directors Phil Lord and Chris Miller replaced by Ron Howard.

Disney will release “Star Wars: The Rise of Skywalker” in theaters December 20.