Here's everything you need to know about the film, co-starring Rihanna and Letitia Wright. 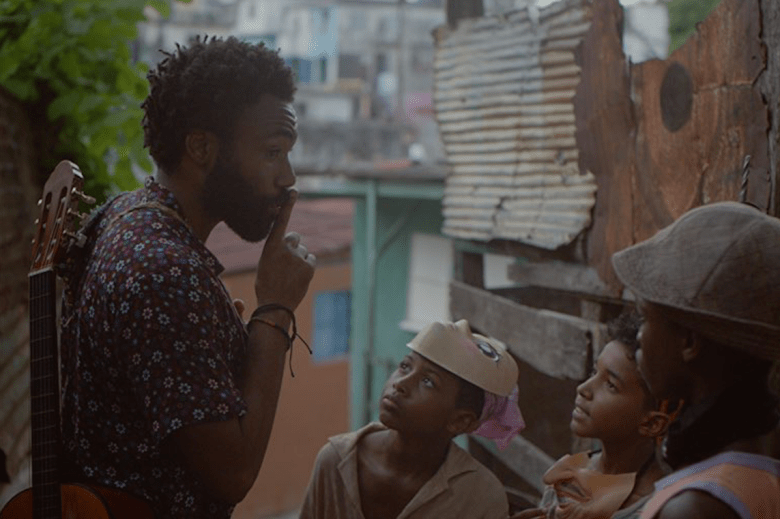 “Guava Island” details have finally been revealed and, as IndieWire first reported last August, the project is much larger in scope than either a music video or a visual album. Directed by Hiro Murai, the film stars Donald Glover as a local musician whose attempts to throw a festival for his island community take unexpected turns. Rihanna stars as the girlfriend of Glover’s character, while Letitia Wright has been cast in an undisclosed role.

Glover is rolling out “Guava Island” this weekend via numerous events and streaming platforms. The world premiere screening will take place at the Coachella Music Festival on Thursday, April 11, the day before Glover’s music persona Childish Gambino headlines the festival. “Guava Island” will screen in a specially constructed theater built for the event and play on the Coachella grounds until the end of the festival.

Amazon picked up distribution rights to “Guava Island” for an undisclosed sum after Amazon Studios head Jennifer Salke watched a four-and-a-half minute sizzle reel (via Vanity Fair). The film was produced by New Regency, who signed on to the project based on Glover’s pitch. The film is being described as a music-driven “tropical thriller” inspired by Fernando Meirelles’s “City of God” and Prince’s “Purple Rain.”

“Guava Island” has a runtime of one hour and was written by Glover’s brother and collaborator, Stephen. The film was shot last summer on location in Havana, Cuba. As IndieWire reported last summer, “Atlanta” series cinematographer Christian Sprenger also worked on the movie. Murai and Sprenger shoot episodes of “Atlanta” in about four days, while their work on Glover’s iconic “This Is America” lasted two weeks from the start of rehearsals to a locked cut. It was clear from the start that “Guava Island” was a massive project, as both men were in Cuba for nearly the entire summer, a lengthy duration given their knack for working quickly.

“I’m really humbled having the opportunity to present something this timely and timeless,” Glover said of the film’s release in a statement. “Between Rihanna and the people of Cuba, this is one of my favorite projects I’ve ever worked on.”

Added Murai, “‘Guava Island’ is the end result of four incredible weeks spent in Cuba with some of the most inspiring creative talents I’ve ever met. Designers, performers, musicians, and filmmakers came together from all over the world to create this crazy fever dream of a production.”

Watch the “Guava Island” teaser in the video below.

Donald Glover, Rihanna and @LetitiaWright star in #GuavaIsland. Watch it Saturday 4/13 starting at 12:01am PST and catch up anytime on Amazon @PrimeVideo.