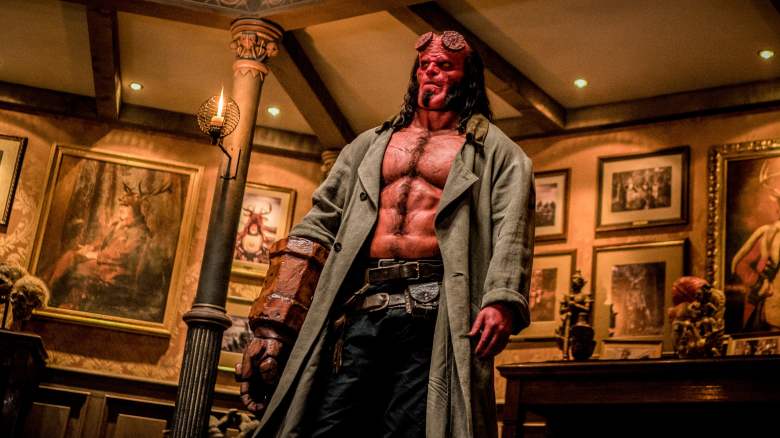 Lionsgate has unveiled the final trailer for “Hellboy,” Neil Marshall’s reboot of the comic-book series first brought to the silver screen by Guillermo del Toro. Replacing Ron Perlman as the eponymous Cambion is “Stranger Things” star David Harbour, with Milla Jovovich and Ian McShane co-starring in this take on the “Darkness Calls,” “The Wild Hunt,” and “The Storm and the Fury” storylines. Watch the trailer below.

The project wasn’t exactly riding a wave of goodwill when it was first announced, as fans of del Toro’s first two entries in the series — not to mention everyone involved with making 2004’s “Hellboy” and 2008’s “The Golden Army” — have long wanted the Oscar winner to complete his own trilogy. Marshall is no slouch, however, having previously directed “The Descent” and two acclaimed “Game of Thrones” episodes: “Blackwater” and “The Watchers on the Wall,” the latter of which earned him an Emmy nomination.

“She is the Queen of Blood,” McShane says of Jovovich’s Nimue as the trailer begins, “and for good fucking reason.” She then gets her head cut off before returning from the dead, with the rest of the trailer celebrating the film’s R rating via an abundance of blood, gore, and cursing. Hellboy himself is first seen reading Lewis Carroll’s “Through the Looking-Glass” before wielding a flaming sword and informing us that his job is to “save the world from fucking monsters,” which sounds like quite the statement of purpose.

Sasha Lane, Daniel Dae Kim, and Thomas Haden Church co-star in the film, which originally carried the subtitle “Rise of the Blood Queen” and was written by Andrew Cosby. Lionsgate’s Summit Entertainment banner will release “Hellboy” in theaters next Friday, April 12.