With the release of his ambitious rock saga "Her Smell," Perry cuts loose about a bumpy road to making movies on his own terms. 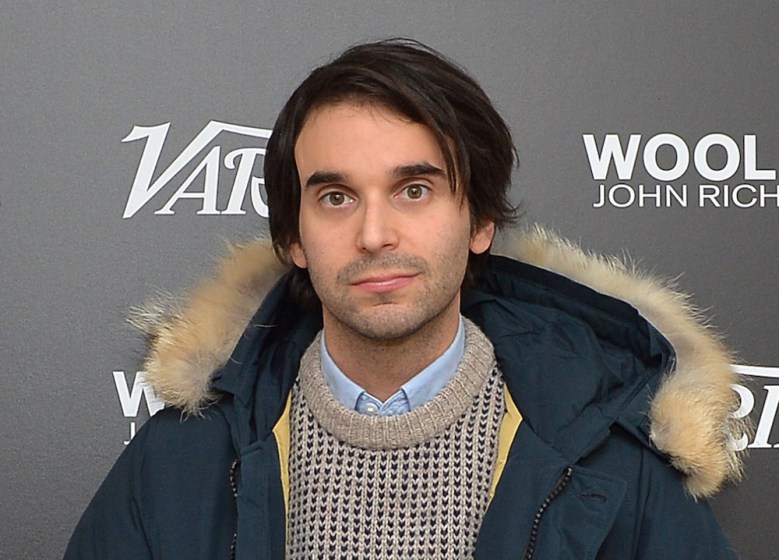 When Robert Greene first looked at the raw footage his longtime friend and collaborator Alex Ross Perry had brought him from the set of “Her Smell,” a familiar feeling began to bubble up in the editing room: They were about to make the greatest goddamn movie of all time. Greene, Perry’s regular editor, laughed at the way they characterized it at the time: “‘People are gonna compare this to “Boogie Nights,” but when we’re done, people are gonna forget how to even say the words ‘Boogie’ and ‘Nights.’ We’re gonna erase that shit from history because of what we’re doing!’”

Speaking over the phone from his house in Missouri, the editor remembered being preemptively stoked for post-production: “We had this incredible Elisabeth Moss performance, we had these amazing shots from [cinematographer] Sean Price Williams, the art direction was fucking spectacular, the lighting was gorgeous, the whole team had come together and delivered.”

Even on a tight budget, Perry had always known that they would. Virtually all of his department heads were close friends who’d already collaborated with him on several previous films, and the confidence he placed in them had a way of inspiring his own. On this topic — as on most topics — Perry didn’t mince words: “Any script that a studio or Netflix wants to make for $20 million, my crew can make for five,” he said during a recent interview in a coffee shop near his Brooklyn apartment.

Perry’s convictions about how he makes movies, and who makes them with him, didn’t emerge from pure hubris so much as the many lessons he has gleaned from a bumpy relationship with the business. He put his philosophy this way: “Just wire me the money and tell me when you need to see a cut. And the only reason we know how to do that is because we came up with movies that were made for $20,000, which no one at Netflix ever did.”

Perry also came up with movies that made $20,000. Since landing on the map with “The Color Wheel” in 2011 — which technically clocked in at $19,001, per Box Office Mojo — nothing he’s made has really broken through. “Listen Up Philip” grossed $200,000, while “Queen of Earth” and last year’s “Golden Exits” sold a combined $130,000 in ticket sales (though both were also released day-and-date on VOD, which a purist like Perry abhors). If Perry has only continued to fail upwards, it’s because his films are good, they’re cheap, and famous people love to act in them. But “Her Smell” was his first true swing for the fences, a put-up-or-shut-up punk riot that cost a bit too much to crash and burn without real consequences.

A pungent Shakespearean epic starring Elisabeth Moss as the feral and drug-fueled Becky Something — a sinking ship of a woman who seems hellbent on taking the rest of her riot grrrl band down into the abyss along with her — “Her Smell” is a heartfelt barnstormer of a film that will go down as one of the boldest go-for-broke American indies of this fading decade. Spanning 10 years, dozens of actors, and 135 minutes, the movie is by far the most ambitious thing that Perry has ever directed, and worlds removed from the sterile and sardonic comedies that anyone who hasn’t been paying attention might expect from a skinny white New Yorker raised on the likes of Woody Allen and Peter Bogdanovich.

The film is a full-body experience from start to finish — a 360-degree nightmare that cools into a cold sweat. The relentless first chapters snake their way through a fluorescent, Gaspar Noé-like underworld of ego and addiction, while the closing acts condense into a kind of morning frost, creating such palpable cinematic goosebumps that you can feel them on your own skin. Moss is like a piss-spewing cross between Gena Rowlands and the Phantom of the Opera, while the supporting cast around her is stacked with brilliant actors who disappear into their parts. Amber Heard! Cara Delevingne! Eric Stoltz! The ride is so rich and full of life that you can’t believe it didn’t cost a fortune to make; it’s also so punishing and abrasive that you can’t believe anyone thought it could make a fortune in return.

“The morning after the movie screened, there was just silence,” Perry said in a recent interview at a coffee shop near his Brooklyn apartment. “No calls, no emails, no indications of ‘this is a thing.’ That’s always when our notions are disabused.” 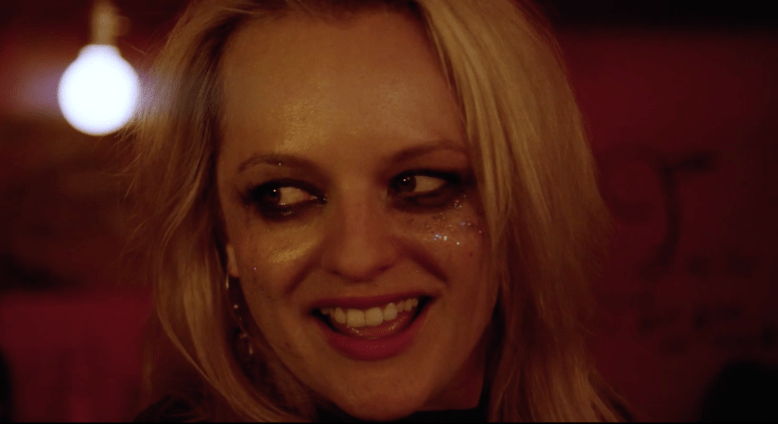 Major buyers had come to the premiere — A24, Neon, Fox Searchlight — but “Her Smell” was ultimately sold to upstart label Gunpowder & Sky, whose highest-grossing title is last summer’s “Hearts Beat Loud” with $2.3 million.

Greene wasn’t surprised by how things played out. Not really. “We always think we’re making this big thing,” he said, “but when people see the movie they’re like ‘Um, it’s so abrasive and shitty and weird?’ It’s a deliberate self-delusion. In order to take these huge creative leaps we have to set ourselves up for a fall.” A box office miracle notwithstanding, “Her Smell” seems poised to be their most dramatic plummet to date — a fitting outcome for such an arrestingly vertiginous piece of work.

“I think the jig is up on the economic risk of a movie like this,” Perry said. “I couldn’t make another film of this size again, and I don’t really know why I would make another one as small as ‘Queen of Earth. I guess I could be surprised by what happens next, but people will only support things that seem like they’re going to pay out, and at this point I’ve failed at that enough that I don’t know why I would ask someone to take that chance. Where does that leave me? It leaves me nowhere. Take your ball and go home.”

Perhaps, but that’s only because Perry is unwilling to play the game. Now that his moon shot has misfired, the incorrigible auteur feels that he’s at the mercy of a system that waits for talented filmmakers to get too big to support themselves, and then forces them to “graduate” into making things they don’t want to make.

For Perry, it wasn’t just that he wanted to make “Her Smell” at a certain price point, but also that he had to, because if the budget were any higher it would have cost everyone their sense of control. “‘Her Smell’ was the exact budget level that no one really cared,” Perry said. “If this movie had been any more expensive, other people would have bought themselves the right to have an opinion on how it got made. At some point we had an offer to make the movie for literally double what we made it for. This producer came in and was like: ‘You can’t make it for a penny less than this amount.’ And I said ‘I can and I will.’ Also, that guy wanted a $500,000 producing fee for some reason.”

Perry’s voice dripped with disgust. Or maybe it was disbelief at the idea that other people really put up with such bullshit. That producer would ultimately not be involved in the film. 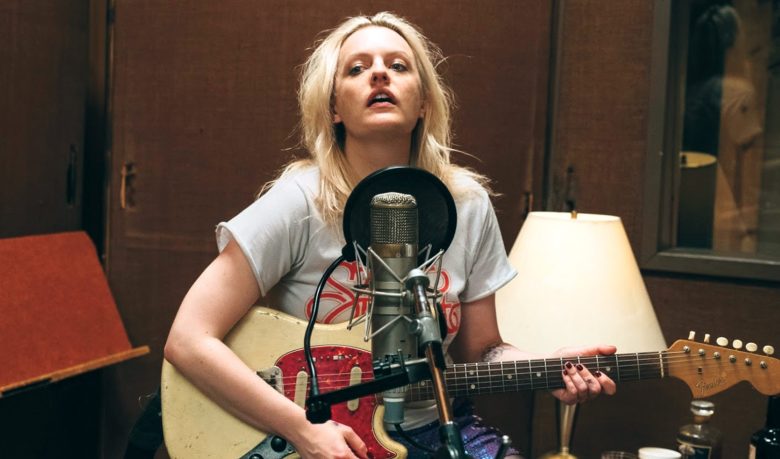 “What I’ve learned lately,” Perry said, “is that there’s just a right way and a wrong way to do things, and I couldn’t do something in a way that I consider incorrect. I truly feel that I’ve figured out a right way that I can make things work, and I can apply that model to any budget, and I wouldn’t want to do anything that forces me to adapt to a different model. And if people want to make a movie with me, they have to understand that.”

Production company Bow + Arrow wanted to make a movie with him. They didn’t wire Perry $5 million (the final number was about half that), but it was enough for the director to hit the bullseye. Happy to have a chip on his shoulder, Perry used that producer’s self-serving offer as motivation to prove that the independent film business doesn’t need to keep shooting itself in the foot. “By bringing 30 or 40 people together on a film like this,I could test my theory that I can do things easier, more efficiently, and with better results than other people, and that I can give my crew a better experience in the process,” he said. “I could show that my team can put work on screen at a budget level that other people can’t dream of, and that everyone can have a good time doing it and do work they’re proud of and walk away not feeling like it was just a job. I’m certain I’m right about this.”

Judging by all the crew members who traveled up to Canada for the film’s glitzy TIFF premiere, it would appear that he was: It felt like every single person who had been a part of “Her Smell” had flown in for the big night. Unit production manager Marie Bardi owed the high turnout to a collective sense of ownership. “Everyone went above and beyond,” she said. “Everyone knew they were working on something special.”

They were and they weren’t. The movie is one of a kind, but the response to it was familiarly mixed. It was hard for Perry to make sense of his achievement, but he’s always been more level-headed about success than any of his characters.

In Perry’s films, success doesn’t represent the end of the road so much as it does the start of the plunge off the cliff that’s just past the guardrail. Pundits were quick to assume the arrogant writer Jason Schwartzman played in “Listen Up Philip” was meant to be a blistering self-portrait, and they may decide that Becky Something is an apology for the way that Perry weaponized his own sense of accomplishment, but the truth is that his characters are more like toxic projections of the people who Perry is afraid to become — cautionary tales of what happens when someone’s head gets full of their own hype, and they grow convinced that they don’t need anyone else to support them. When Philip laments that “Things I’ve coveted for years are mine now and all I feel is miserable,” that’s Perry warning himself not to feel the same way.

Page 1 of 3
Continue Reading: Alex Ross Perry Is Pissed At the Film Industry and Not Afraid to Explain Himself

This Article is related to: Film and tagged Alex Ross Perry, Elisabeth Moss, Her Smell, Interview