"The Late Late Show with James Corden" doesn't look like any other late night show on television. But is that a good thing? 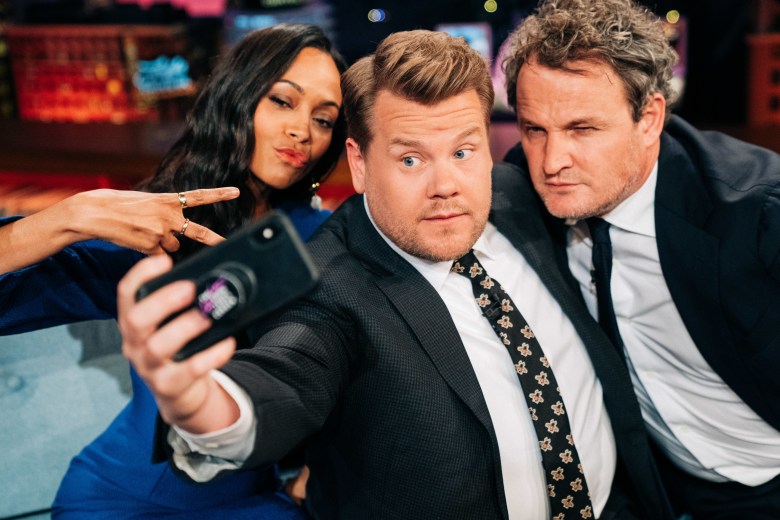 “Nothing’s disposable anymore,” Corden told a crowded auditorium at Saban Media Center at the Television Academy in North Hollywood on April 9, during the Emmys FYC panel for “The Late Late Show. “Everything lives forever now. So you better make it really great because people are going to find it and see it.”

Specifically, it’s how the Emmy Award-winning late night host explains the show’s never-ending pursuit of greatness – despite its 12:30 A.M. time slot. They want the show to live beyond when it airs and play whenever and wherever people are watching videos.

In the process, “The Late Late Show” has become something far different than its late night ilk, leaning hard on variety and less on talk and making itself a social media staple in the process.

Throughout the the hour-long conversation between Corden and executive producers Rob Crabbe and Ben Winston and hosted by actor and comedian Ken Jeong, the panel showcased several clips from the past year, featuring stars of stage and screen, including Tom Cruise, Emily Blunt, and Lin-Manuel Miranda.

In Cruise’s case, that meant an appearance on the show to promote “Mission: Impossible – Fallout” that turned into a challenge to Corden to jump out of a plane with the actor known for doing his own stunt work.

Corden ended up doing just that, but the real heroes of that clip were the crew that made it all happen, working all through the night to get everything in place not just for a last-minute parachute jump the next day, but a clever comedy skit to lead into it.

“I’m constantly blown away by the pace of the turnaround of the things that we do. That you can have an idea at 10 o’clock that morning on the back of a news story and before you know it, a set’s built, a song’s written, a script’s written, the thing’s done,” Corden said of the people working behind-the-scenes on the series. “You can only really make that possible if you have a group of people who respond to your commitment with enthusiasm.”

Plus, the legendary Paul McCartney.

A good portion of the evening’s discussion centered around the show’s Paul McCartney Carpool Karaoke extravaganza and and the sheer accomplishment of pulling it off, to the thrill of both “Late Late Show” fans and McCartney himself.

Corden recounted a message he got from the former Beatle after the episode aired and his most recent album hit No. 1, “He said something like, ‘I’ll always be indebted to you for making me do it.’”

“I think he feels as much pride in it as we do, and rightly he should, because however much we’re there, it’s about what he means to people and his legacy,” he continued. 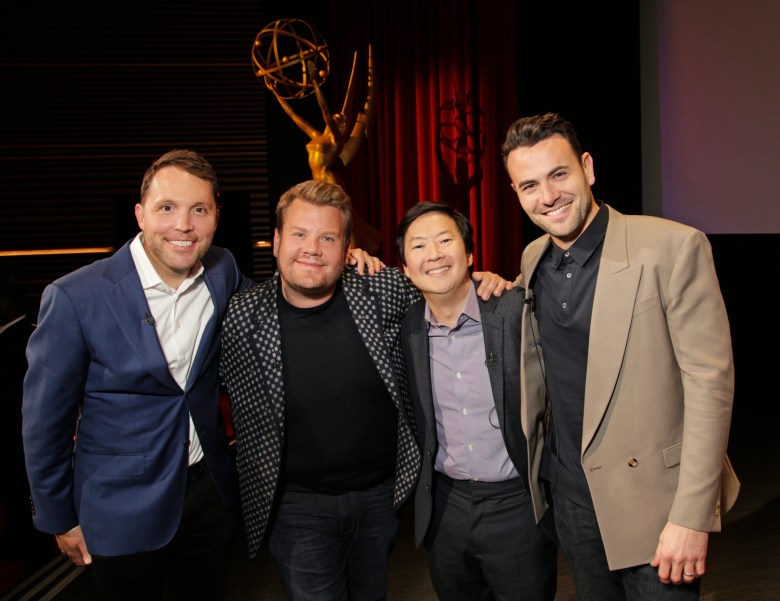 Between the star power and the audacious skits, much of the show’s material finds life beyond its original airing, living forever it bits and bobs on Facebook, Twitter and YouTube and Corden loves it, relaying an anecdote that people are forever coming up to him raving about sketches that appeared years ago, all thanks to one YouTube rabbit hole or another.

“There has never, ever been a better time to make a show like this,” he said. “If it’s good, it will travel.”

And travel it has. “The Late Late Show” now airs in 155 countries, in large part thanks to its viral appeal, whether its Andrew Lloyd Webber overseeing Crosswalk the Musical or Barbra Streisand taking the wheel during Carpool Karaoke.

Without question, the wide international and online appeal of Corden’s series doesn’t look like anything else on late night – but whether or not that’s something the TV Academy is looking for when it comes to Variety Talk Series remains to be seen.

This Article is related to: Awards and tagged CBS, Emmys, The Late Late Show with James Corden