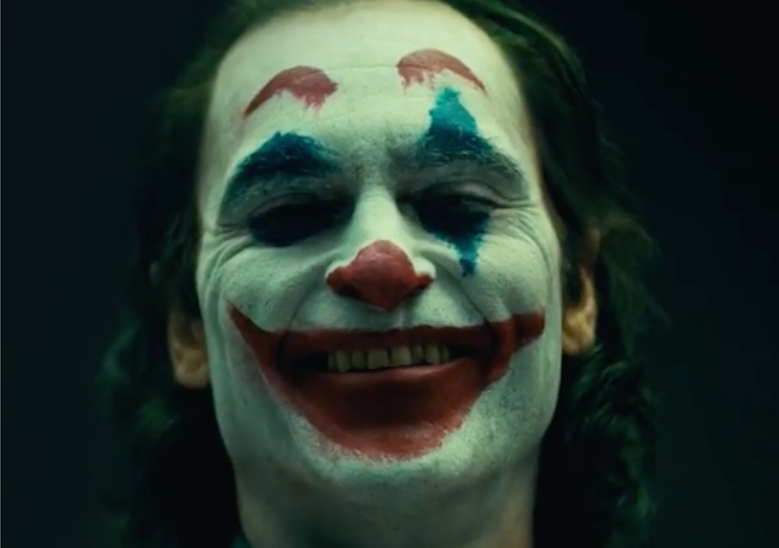 The first footage of Joaquin Phoenix’s “Joker” premiered during the Warner Bros. panel at CinemaCon and quickly set the film world ablaze on social media. The October tentpole stars Phoenix as the iconic Batman villain, who has previously been played on the big screen by Jack Nicholson, Jared Leto, and Heath Ledger. The latter won the Best Supporting Actor Oscar for his Joker performance in Christopher Nolan’s “The Dark Knight.” Now comes Phoenix’s turn as the character, who in “Joker” is portrayed as a failed stand up comedian who gets seduced into Gotham’s criminal underworld in the early 1980s.

Appearing at CinemaCon, director Todd Phillips described the film as an “origin story about a beloved character with no definitive origin” and said the genre of the film is “tragedy.” Phillips was adamant that he is still shaping the film and said a lot of the reporting on the project has not been 100% true.

The first teaser trailer was screened, which begins with Phoenix’s Arthur Fleck appearing skinny and scary while caring for his sick mother (Frances Conroy). Fleck says his purpose in the world is to bring laughter and joy. Arthur visits Arkham Hospital and then is shown in clown makeup laughing on the Gotham subway. The trailer draws a strong connection to Martin Scorsese’s “The King of Comedy,” with Robert De Niro popping up briefly as a talk show host appearing onstage during his program. The footage ends with Phoenix in full Joker makeup.

The footage was instantly praised on social media, with Business Insider reporter Jason Guerrasio saying the film looks “fucking insane.” The footage drew additional comparisons to “Taxi Driver” and “Requiem for a Dream.”

“Joker” is co-written and directed by Todd Phillips, best known as the filmmaker behind “The Hangover” movies. The supporting cast includes Robert De Niro as a popular talk show host, Zazie Beetz, Bill Camp, Frances Conroy, and Marc Maron. Warner Bros. is releasing “Joker” nationwide October 4. Check out the first reactions to the footage below.

The only shot of De Niro in it is a quick glimpse of him on stage and, long before that happened, I couldn’t stop thinking about KING OF COMEDY. Todd Phillips is clearly thinking about it, too.

#Joker looks dark, emotional, and somewhat creepy. Joaquin’s laugh will haunt me in my sleep. I can’t wait.#CinemaCon

#Joker trailer: Looks like a really dark and twisted character study. Joaquin Phoenix is living in the role and this will no doubt be another inspired and manic performance from him. If you’re missing the “dark” DC, then here’s your medicine. #CinemaCon

Shots in the JOKER trailer evoke REQUIEM FOR A DREAM, KING OF COMEDY, much more. Very weird, very well cut, you do get to hear Phoenix’s Joker laugh. I fucking loved it.

The ‘Joker’ trailer reveals it is absolutely not like any “comic book” movie that has come before. You’ll see tomorrow when it’s online. pic.twitter.com/OFaYADFQSI

This Article is related to: Film and tagged CinemaCon, Joker