Really, where would she even put them all? 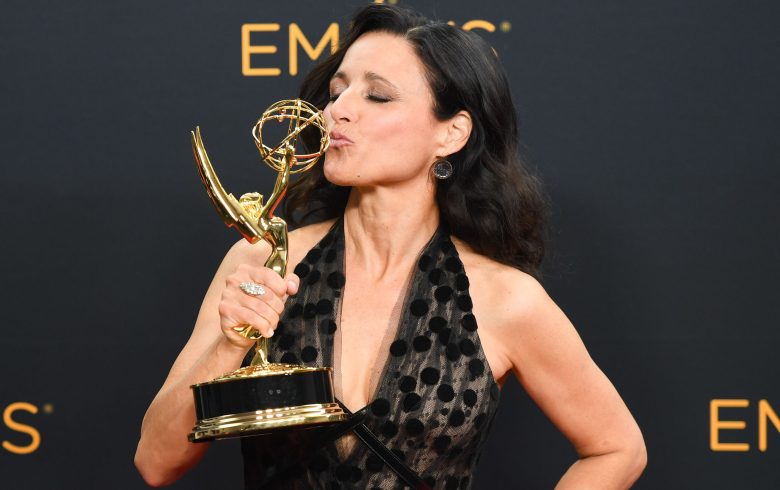 Julia Louis-Dreyfus has won a lot of awards: 11 Emmys (eight for acting, three for producing), a Golden Globe, and nine Screen Actors Guild prizes. Were you to visit the “Veep” star’s home, however, you would only glimpse of a few of those statuettes out on display. “I don’t want to keep them all in one spot — that feels sort of show-off-y,” she told Porter. “So I have some out…but others are tucked away under a bed.”

In terms of Emmys, Louis-Dreyfus has won for “Seinfeld,” “The New Adventures of Old Christine,” and “Veep”; her Globe (one of the nine for which she’s been nominated) was for “Seinfeld,” and her SAG prizes were for “Seinfeld” and “Veep,” both as part of the ensembles as well as for her own performances.

Despite not wanting to be a show-off, she does have to wonder: “Why is a powerful woman a complicated thing? Why is asserting ourselves so hard? I feel it myself; any time I assert myself in a strong way, or I feel highly opinionated about something in a work environment, there is a voice in my head that is questioning it, wondering if I should rein myself in.”

“Veep” is currently airing its seventh and final season on HBO. Created by Armando Iannucci and now currently showrun by David Mandel, it has emerged as one of most acclaimed comedies on television over the last several years — especially for Louis-Dreyfus’ lead performance as Selina Meyer, whose misadventures have been consistently hilarious, winning numerous awards along the way and primed to be another success during this year’s upcoming Emmy awards season.

This being the age of reboots, JLD was naturally asked about the prospect of “Seinfeld” returning in one form or another. Don’t count on it: “I don’t want to sully it. It was pretty special, and it’s been a long time now,” she said in the interview. “You don’t want to fuck something like that up.” For now, we’ll just have to be satisfied with the “Curb Your Enthusiasm” storyline that briefly reunited the cast, including Jerry Seinfeld, Jason Alexander, Michael Richards, and the Emmy winner herself.

This Article is related to: Television and tagged Julia Louis-Dreyfus, Veep