TV's best worst president expressed her support for a handful of women looking to help take the White House in next year's election. 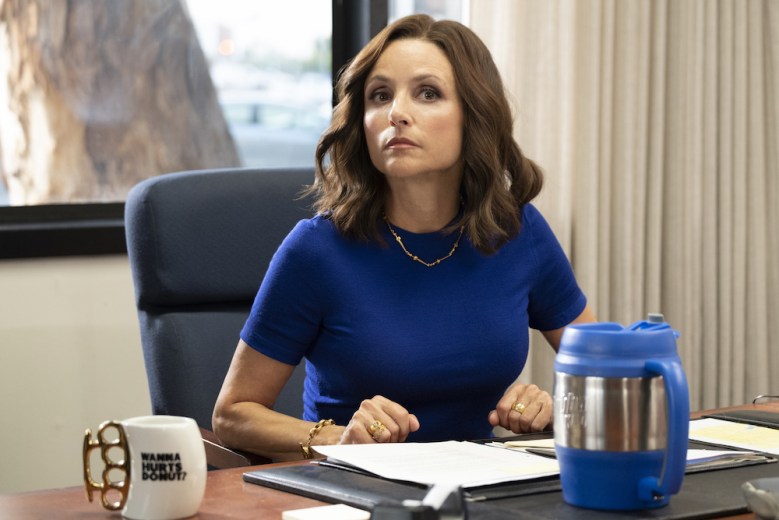 “Veep” has long been saddled with the unenviable task of creating a fictional world while dealing with developments in our own. But as the show leads up to its final episodes, star Julia Louis-Dreyfus is showing admiration for a few presidential candidates who are looking to make sure that history doesn’t repeat itself.

In a recent profile in Porter Edit, Louis-Dreyfus talked about the current wave of women who are grabbing their share of headlines as the country barrels toward a pivotal presidential election next fall.

“My agenda was only ever to make an exceptionally funny show, but wouldn’t it be nice if it further opened up the conversation about powerful women?” she said, later adding, “I’m a big fan of [California senator] Kamala Harris, and I admire AOC’s [Democratic congresswoman Alexandria Ocasio-Cortez] pluck…She’s tough as nails, and I dig that, a lot. [Massachusetts senator] Elizabeth Warren is a powerhouse.”

The conversation also outlines the number of ways the actress behind some of TV’s most iconic characters persevered to get Selina Meyer to a farewell season. During her recent bout with breast cancer, she worked on reading scripts as best she could during her treatment. In order to ensure that she kept the ability to memorize lines once the show went back into production, Louis-Dreyfus adopted a string of techniques to help keep her brain in shape.

“I have to memorize a lot and I was concerned about whether I’d be able to do that…I started doing tricks, trying to memorize poems and things — I think it was mainly just comforting to me to get them in my head,” she said.

She also explained that going through that process has strengthened her resolve to support an all-encompassing healthcare plan, something that both Harris and Warren have expressed ideas for in differing ways. “Universal healthcare was an important issue to me prior to getting this diagnosis, and it certainly is even more so now,” Louis-Dreyfus said.

All of that goes into her Season 7 portrayal of Selina Meyer, which prompted this piece earlier in the week from IndieWire’s Ben Travers. “Despite evidence to the contrary, we can’t help but respond to Selina. We can all identify what makes her a bad person, and it goes without saying she’s a terrible public servant,” he wrote. “But Selina’s rage carries with it just enough instinctual, undeveloped logic to make it convincing.”