The former science tech prodigy is the subject of a recent HBO doc and a planned feature film starring Jennifer Lawrence. 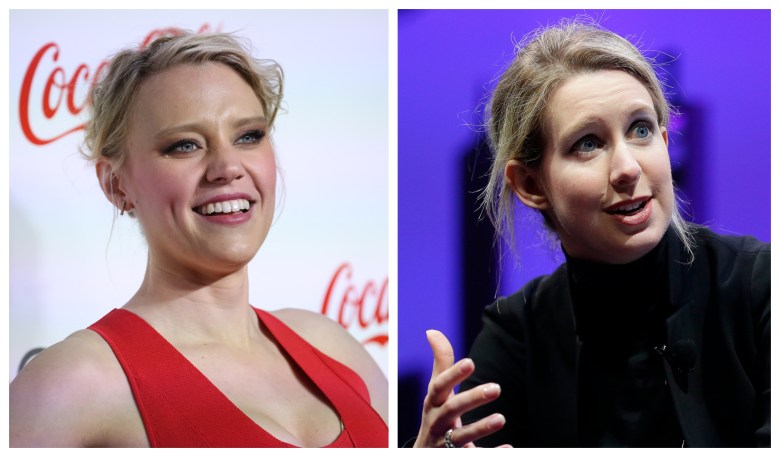 Former Theranos executive Elizabeth Holmes has already made history in some infamous ways. Now, on the heels of a buzzy HBO documentary, she is now the subject of two different scripted projects. The latest one, as reported by Deadline on Wednesday, comes in the form of a Hulu limited series starring Kate McKinnon.

“The Dropout,” adapted from the ABC News podcast of the same name, will star the current “Saturday Night Live” cast member as the founder of the ill-fated blood home testing kit company, which went from being valued at billions of dollars to the center of one of the biggest financial scams in American history.

“Bad Blood,” a feature film based on the reporting of John Carreyrou, is still in the works. Starring Jennifer Lawrence and directed by Adam McKay, both were attached to the project as far back as the summer of 2016.

Meanwhile, last June Holmes was indicted by a grand jury on charges stemming from fraudulent claims and test results put forth by Theranos to investors.

“The Dropout” is the latest limited series addition to a increasingly ambitious Hulu slate, which also includes the upcoming adaptation of “Catch-22” from Grant Heslov and George Clooney, as well as the latest announced partnership between producers Martin Scorsese and Leonardo DiCaprio, “The Devil in the White City,” a long-gestating adaptation that landed at the streaming service in February.

Last month, Alex Gibney’s documentary “The Inventor: Out for Blood in Silicon Valley” stoked both interested in and visibility of Holmes and the story of her now-defunct company. The film debuted at this year’s Sundance Film Festival.

This would be the first starring TV role for McKinnon in a non-variety series. She will be next on screen in Danny Boyle’s Beatles-themed “Yesterday” and Jay Roach’s Roger Ailes movie, which is also a competing biopic up against a TV show (Showtime’s “The Loudest Voice”).

This Article is related to: Television and tagged Elizabeth Holmes, Hulu, Kate McKinnon, The Dropout