After becoming a mainstay of the show over the last seven years, her new Hulu series could mean the end of her run. 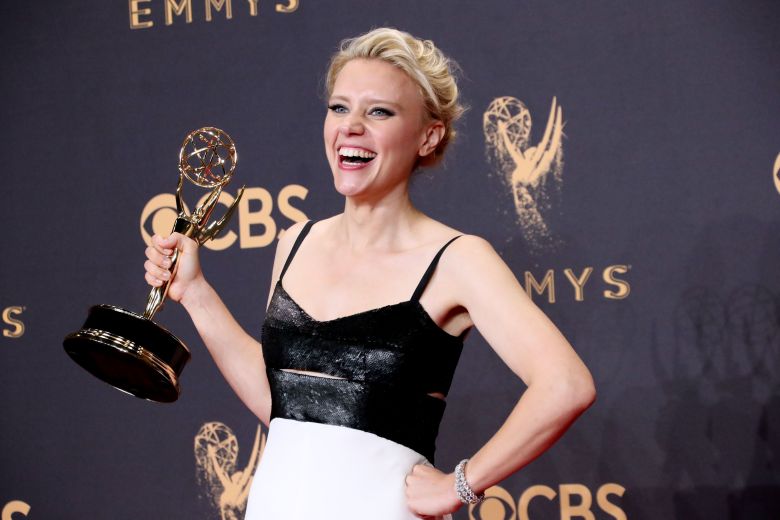 Kate McKinnon is an institution on the current version of “Saturday Night Live,” but as the show prepares for its annual summer hiatus, there are early indications that she might be nearing the end of her tenure as a regular.

Variety is reporting that the final episodes of Season 44 could be McKinnon’s last ones as a full-time cast member.  As her film and TV career takes off, there are increasing demands on her time which may make a full-time commitment impossible.

One hope for the comedienne’s fans: given the elastic shooting schedule of “SNL,” there’s a chance that even without being part of the show’s opening credits, she could still swing by Studio 8H for the show’s now-regular political sketches. Prior to and since the 2016 presidential election, McKinnon has been one of the cast’s go-to players for headline-themed cold opens, playing everyone from Kellyanne Conway to Jeff Sessions to Ruth Bader Ginsburg. But not being a part of the regular, weekly troupe would take her out of the show’s weirder entries, like this season’s unexpected riff on Lauren Bacall’s iconic line from “To Have and Have Not.”

Cast member contracts are usually not widely discussed, with impending departures revealed in different ways. Sometimes the show will give one of its cast a large sendoff, as with Kristen Wiig’s Stones-themed goodbye or Bill Hader’s Stefon getting married in a lovely ceremony (attended by DJ Baby Bok Choy himself).

This appears to be another example of a major TV casting elsewhere being a sign of things to come on “SNL.” For example, when Bobby Moynihan was announced as the lead in the CBS sitcom “Me, Myself, and I,” it was widely seen as an indication that his time on “SNL” had come to a close. McKinnon has been able to appear in a number of film roles, but bigger parts like her role as Jillian Holtzmann in the 2016 “Ghostbusters” were the result of working around her time away from the show. The recently announced Elizabeth Holmes series “The Dropout” cast McKinnon in the lead, and with the Hulu limited series eyeing a 6-10 episode length, doing both shows would likely not be a feasible option.

If this is McKinnon’s last season, she’ll leave as a six-time Emmy nominee, taking home statues in 2016 and 2017 for her work on the show.