Grammer has previously stated that he would only return to the character if the setup "really hits it out of the park." 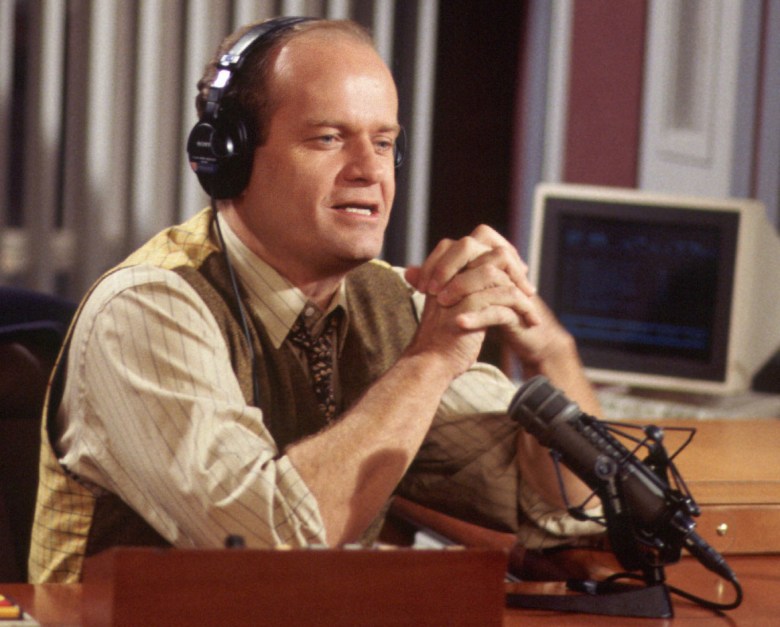 Much like what is dead may never die, what aired for more than 10 seasons on broadcast television may never really finish airing. The latest example may very well be “Frasier,” the Kelsey Grammer-led “Cheers” spinoff that built a dedicated following all its own for the better part of a decade on NBC.

A Wednesday morning TMZ report showed Grammer walking around London carrying a script with what appears to be the iconic title logo emblazoned on the front. Grammer’s representatives did not respond to a request for comment, but the picture is the latest part of a trickle of speculation that has continued in the wake of other high-profile continuations of beloved sitcoms, including “Will and Grace,” “Roseanne,” and “Murphy Brown.”

At last summer’s Television Critics Association press tour, Grammer said that he’d be open to returning to the character, but only if the script was something worth coming back for. “If it’s not a great show and we don’t hear a pitch that really hits it out of the park, it probably won’t happen,” he said to reporters at the time. That discussion came a few months in the wake of the passing of John Mahoney, who played the father of Frasier and David Hyde Pierce’s Niles.

Even though NBC served as the original series’ broadcast home for its original 11 seasons, the fact that CBS TV Studios currently owns the rights to the show means that anywhere from network CBS to a streaming service could be in play. Last year’s refresh of “Murphy Brown” aired on broadcast, but making CBS All Access the exclusive home for the series could boost the show’s library content. And as Netflix is learning with its current “Friends” deal — nostalgia plays well on streaming services.

Earlier this year, Spectrum announced that it would be adding a new run of “Mad About You” episodes to its original programming lineup with original cast members Paul Reiser and Helen Hunt.

This Article is related to: Television and tagged Frasier, Kelsey Grammer, Reboots