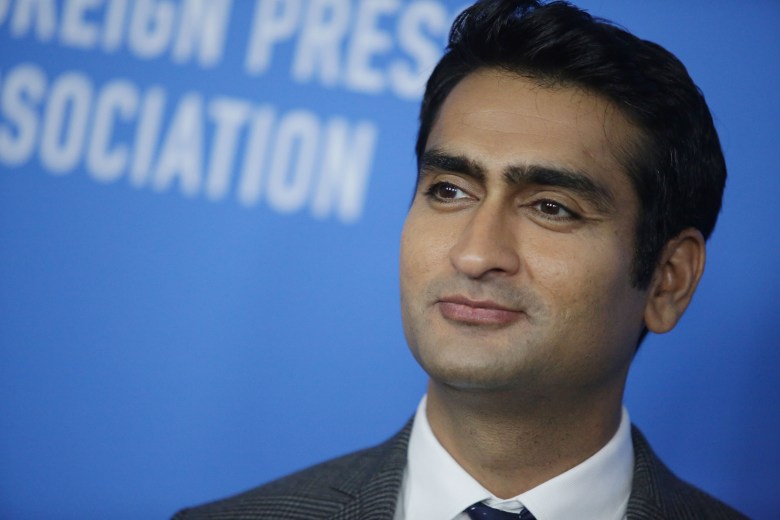 Kumail Nanjiani’s ascent continues with the news (via Deadline) that the “Silicon Valley” star is in talks to join the cast of “The Eternals,” an upcoming Marvel project directed by “The Rider” helmer Chloé Zhao. Angelina Jolie is also in discussions to star, giving this film based on characters created in Jack Kirby’s 1976 comic book the potential to unite two actors whom fans didn’t realize they needed to see work together.

With the imminent release of “Avengers: Endgame” — widely regarded as the end of an era for Marvel, which has released more than 20 movies in its Cinematic Universe since 2008 — the franchise will be moving in new directions. One of those clearly is space, as evidenced by “Captain Marvel” and now “The Eternals”; concerning such otherworldly species as the Eternals (which are all but immortal), Deviants (exceptionally large baddies), and Celestials (who created the Deviants), the comics explored the results of experimentation on human beings.

“Guardians of the Galaxy” and “Doctor Strange” have explored similarly cosmic territory, though neither were quite as out-there as “The Eternals” is shaping up to be. “Endgame” represents the official end of Phase Three in the MCU, with this summer’s “Spider-Man: Far From Home” commencing the next phase. No other Marvel film has an official release date as of yet. Matthew and Ryan Firpo are handling the screenplay, and Marvel chief Kevin Feige is once again producing.

Nanjiani’s breakthrough role on HBO’s “Silicon Valley” was followed by him co-writing and starring in “The Big Sick,” for which he and his wife Emily V. Gordon received an Academy Award nomination for Best Original Screenplay. He also starred in the first episode of Jordan Peele’s “Twilight Zone” reboot and will next appear in “Men in Black: International” and “Stuber” in addition to co-writing, executive producing, and starring in Amazon’s anthology series “Little America.”

IndieWire has reached out to Disney for confirmation of Nanjiani’s involvement.

This Article is related to: Film and tagged Chloé Zhao, Kumail Nanjiani, The Eternals