Marvel fans will find out whether Shuri comes back to life in the upcoming "Avengers: Endgame." 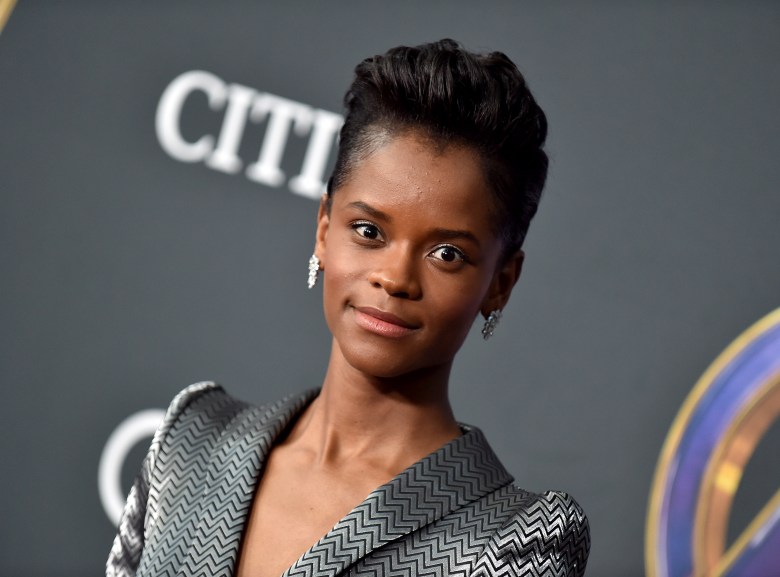 Letitia Wright became an instant favorite in the Marvel Cinematic Universe when she made her debut as Wakanda princess and tech maven Shuri in Ryan Coogler’s “Black Panther.” Wright reprised the character in “Avengers: Infinity War,” serving an important role as the primary character tasked with removing the Mind Stone from Vision (Paul Bettany). Many Marvel fans thought Shuri survived the events of “Infinity War,” as the character was not shown turning to dust after Thanos’ snap, but Marvel said otherwise March 26 when it debuted a Shuri poster for “Endgame” confirming the character died. Fans were shocked by the news, but probably not as shocked as Wright herself.

“It was surprising,” Wright told Marvel Entertainment at the “Endgame” premiere, revealing she found out about her character’s tragic fate at the same time the world did. “I saw everybody in the colored photos, you know the colored posters, and then I saw myself in grey. And I was like, ‘I just died out of nowhere!’ I think the whole of Twitter was pretty upset, so I kind of logged off and didn’t log back on. So I’m waiting to see how that came together and how that panned out tonight.”

Shuri was last seen in “Infinity War” fighting against Black Order member Corvus Glaive in order to defend Vision and prevent the Mind Stone from getting taken by Thanos. Corvus and Vision ended up flying through a window and the film cut away from Shuri, never returning to her character and thus leaving her fate open ended. That Wright was not told about her character’s fate reconfirms the lengths Disney and Marvel have gone through to protect the story of “Endgame” from leaking to the public. Hulk actor Mark Ruffalo, for instance, shot a scene for “Infinity War” in which his character lives and another in which he dies and did not know what would happen until he saw the film (he survived, for the record).

“Endgame” is gearing up to be the biggest Marvel release to date, with box office pundits expecting the film to break the opening weekend record both domestically and worldwide. Disney is opening “Endgame” nationwide April 26.