Plus: Watch an exclusive clip of the groundbreaking shot.

With the 41-minute long take in “Kaili Blues,” Chinese director Bi Gan announced himself as an exciting new cinematic voice who demanded the international film world’s attention. For Bi, who turns 30 this summer, that film opened his eyes to the possibilities of the medium — and how much more was left to explore.

For his Cannes-acclaimed sophomore effort “Long Day’s Journey Into Night,” Bi returned to the Guizhou Province, where he grew up, and the use of a long-take centerpiece shot. This time, that long take would not be about capturing a location — his hometown, which carried so much personal meaning — but how the audience experienced that space.

“Not only is it about the characters, but it’s also the spatial component and the changes, the adjustment in positions,” he said in an interview through a translator. “That takes a lot of budget, and also creative teams and the crew, to execute.” 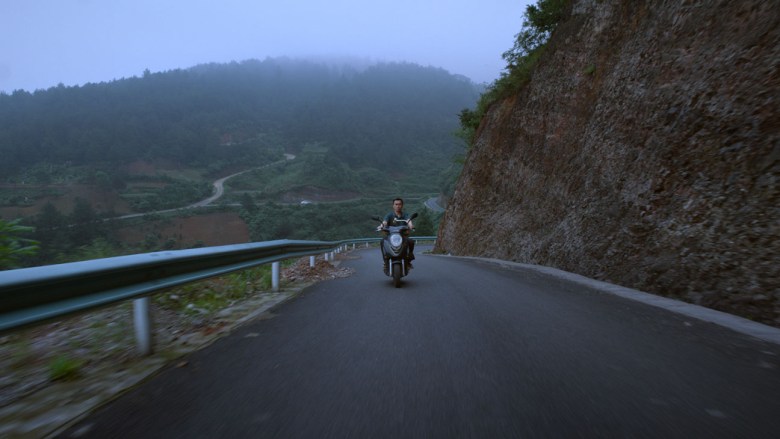 A still from the 41-minute shot in “Kaili Blues”

In “Long Day’s Journey,” a man returns home and searches for the woman who has haunted his memories. Bi modeled the first draft after Billy Wilder’s “Double Indemnity.” But, as he did with “Kaili Blues,” the story became less conventional with subsequent drafts. Eventually, he envisioned the film as a cinematic meditation on the nature of memories and dreams.

The second half of the film unfolds in one continuous 3D, 59-minute take, which Bi envisioned as a literal evocation of what it feels like to dream. “People tend to tell me that usually when people dream it’s very, very fragmented,” he said. “But for me, the way I see a dream is just the opposite. It’s this one continuous sequence.”

Bi wanted the long take to feel like a “lucid dream,” one where the dreamer is conscience they are dreaming. For the director that meant a heightened awareness of space and depth, which is why “Long Day’s Journey” transitions from 2D to 3D for the 59-minute take.

During the long take, the camera floats from a cave, to a motorcycle, and takes off on a drone, all of which Bi wanted to shoot in the dark of night. That presented massive technical challenges: 3D cameras were much too big and cumbersome, and the smallest mobile digital camera didn’t offer the light sensitivity, depth of field, and richness of color the filmmaker had in mind. After tests, his team settled on shooting on the RED camera in 2D, then converting to 3D in post. 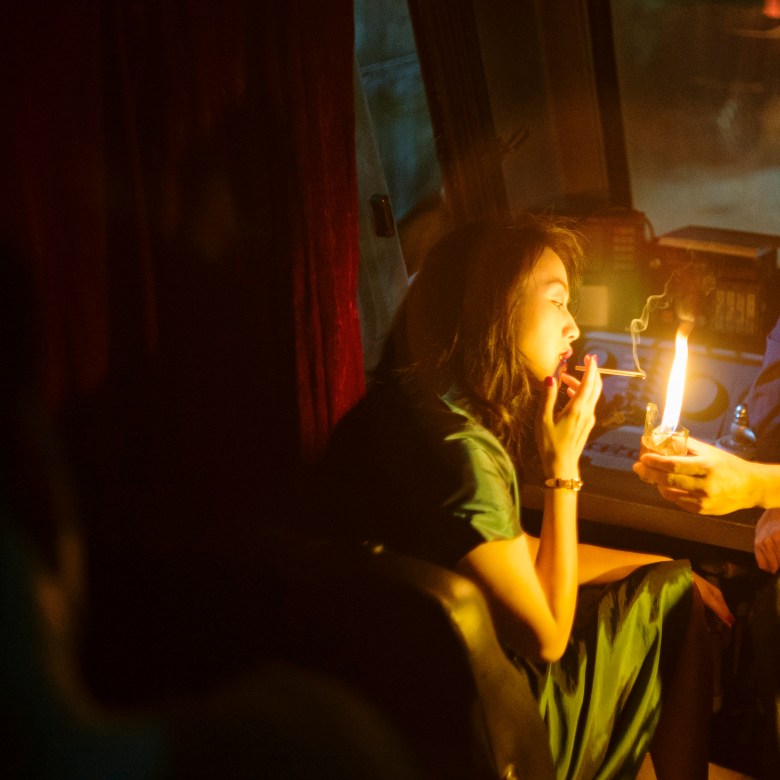 “A Long Day’s Journey Into Night”

Experimenting with different gear was only part of the battle. While it took seven full attempts to get the shot right, preparation was an even bigger battle — months of experimentation leading up to the shoot meant he had to shut down production twice in an attempt to get it right. One of the turning points was the arrival of Wong Chi Ming, the gaffer on a number of Wong Kar-wai’s films, who helped figure out how to achieve the dreamlike look and vivid color that was a major source of inspiration for the director.

The heightened sense of 3D space and color went hand-in-hand with Bi’s sound design, which incorporated a Dolby Atmos mix for the second half.

“The film becomes even more immersive, just because of the dimensional changes, visually, with the 3D,” said Bi, who turned to Dolby Atmos sound for the second half.  “You will have that one extra layer or dimensional audio sound as well. So that’s really going from a 2D flat, to this 3D immersive and all the surrounding audio environment I wanted.”

Then he had to figure out how to shoot key transitions in how the camera traveled through space. Despite his ambitious formalism, the filmmaker said the long take’s “technical acrobatics” didn’t excite him so much as the burden he needed to solve from a filmmaking-perspective, with “every second of a take needing to fit the temporal feel of a dream.”  One of the hardest transitions to master was to the drone shot, which you can see the beginning of the exclusive clip below:

“It’s very challenging for the crew to actually create this particular feat, going into these transitions,” he said. “But before we shot this particular sequence we already had a lot of tests and we actually had a particular working group just to resolve any technical issues with the drone shot.” The solution involved a magnetic device to transition the camera from the static crane to the drone.

“The drone is actually already hovering, waiting for the camera to be sucked in by the magnet and attached to the drone for the next sequence,” said Bi. “So everything is somehow designed and choreographed in such a way that it would be very seamless. And when we were testing that particular technique, a lot of people thought that we were crazy, that we will never be able to do it. But we did it.”

Maintaining the floating, dreamlike quality of the camera for 59-minutes was painstaking, but Bi had the necessary time and resources to iron out each problem before it came time to shoot. 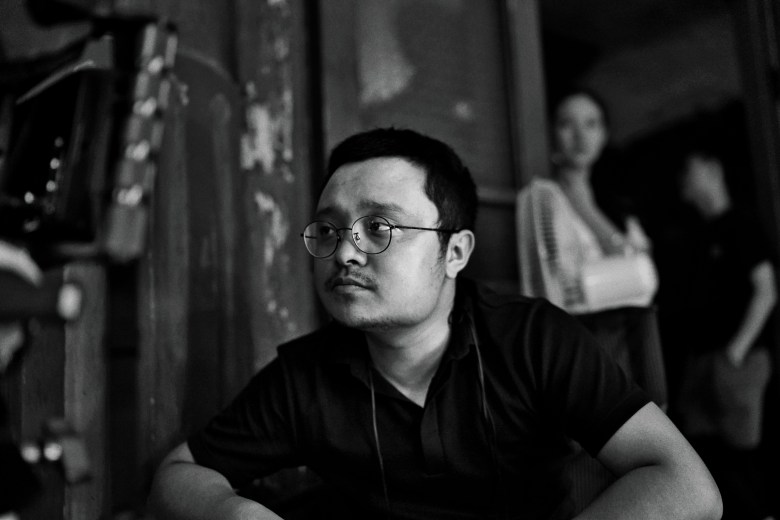 “The way I saw it when I wrote the script is how it was actualized on screen,” said Bi. “The only part I never was satisfied with was the art of the drone landing, because I just [thought] that somehow it doesn’t make sense how that can be a continuous seamless shot.”

On the last take, Bi still wasn’t sure how he was going to transition out of the experience. But when the drone landed on the seventh go-round, the camera captured a startled horse, which brought a sense of finality to the entire section.

“And that whole unexpected scene that we captured exactly solved that problem of the transition I thought was a little bit weak,” said Bi. “That was a very pleasant surprise. And it worked out well.”

This Article is related to: Toolkit and tagged Bi Gan, Cinematography, Long Day's Journey Into Night