CinemaCon: The sequel to the 2014 hit offers a new, fearsome female baddie for the fairy queen to take on, and Pfeiffer appears to be up for the task. 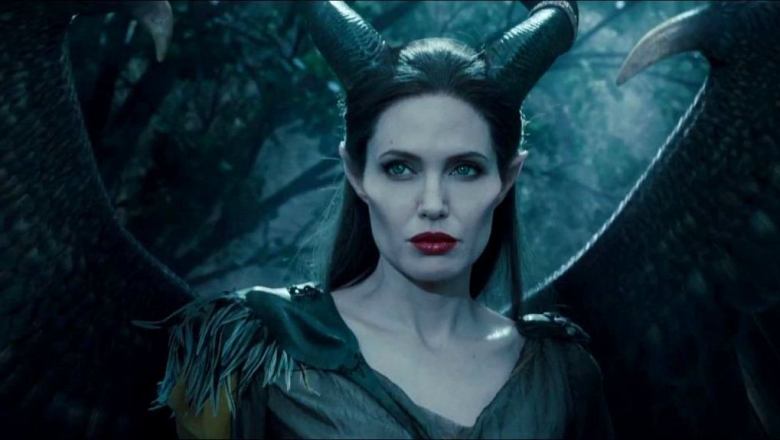 Walt Disney Pictures might have held back on showing off some of its many upcoming sequels during its Wednesday afternoon CinemaCon presentation — early on, distribution head Catherine Taff told the crowd assembled at Las Vegas’ Caesar’s Palace that they would not be showing off any looks at “Star Wars” or “Frozen 2” — but the Mouse House did offer up a behind the scenes look at its upcoming “Maleficent” sequel,” “Maleficent: Mistress of Evil.” The sequel, directed by Joachim Rønning, returns original stars Angelina Jolie and Elle Fanning to the storybook world, though details about its plot have been in short supply.

A behind the scenes look at the feature changed that, however, with both returning stars and brand new cast member Michelle Pfeiffer showing off what appears to be an epic battle that will pit Jolie’s complicated fairy against a brand new adversary: Pfeiffer as a queen determined to make Fanning’s Princess Aurora her own.

The film picks up some years after the first, and the footage opened with Pfeiffer’s Queen Ingrith providing voiceover narration to look back at the original 2014 hit, reminding viewers of Maleficent’s original nefarious plan, a twist on the old Sleeping Beauty mythos. Even via flashback montage, it’s clear that Ingrith has no love lost for Maleficent.

Via a behind the scenes interview, Jolie explained the central question of the film: “In this film, we pose the question: is Maleficent good enough to be Aurora’s mother?” When Prince Phillip (now played by Harris Dickinson) asks Aurora to marry him, it thrusts her (and Maleficent) back into a royal world they had long since escaped, one ruled over by Phillip’s fearsome mother, Queen Ingrith.

“Aurora and Maleficent love each other so much,” Fanning explained in her own behind the scenes interview. “But there is a divide between them. Maleficent is still a little wary of the humans, and Aurora is dealing with the burden of coming into this new life to be this cookie-cutter royal, which is not what Aurora is.”

The inciting incident, at least as far as the footage showed, is Ingrith being so bold as to tell Maleficent that she will give Aurora the “love of a real family” and that she “considers Aurora my own.” Maleficent explodes in rage — a fearsome scene that seems to set the stage for more battles to come — and it suddenly appears that the film will build to a major battle between the pair.

“The queen is a smart woman, which makes her formidable,” Pfeiffer said. But don’t count out Maleficent, who then appears to be calling into action her own people, including Chiwetel Ejiofor as a brand new fairy called into action for a battle of wills.

This Article is related to: Film and tagged CinemaCon, Maleficent: Mistress of Evil