Once a joker, always a joker. 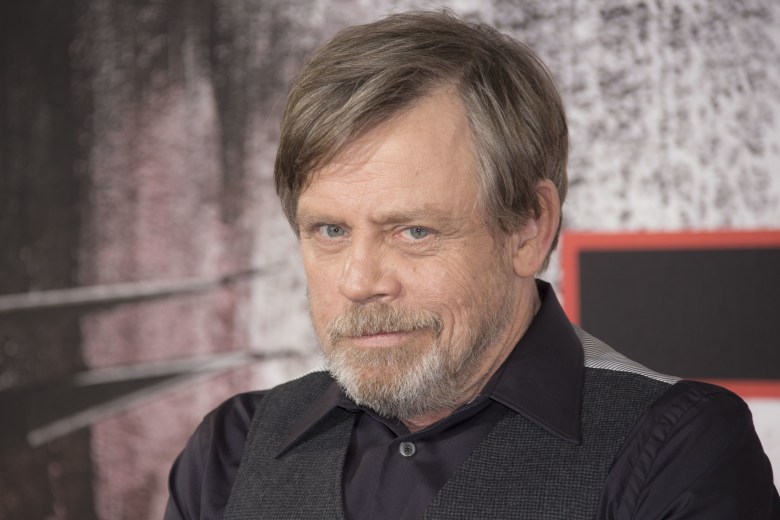 If you consider it a missed opportunity that we never saw Mark Hamill, Carrie Fisher, and Harrison Ford reunited in the new “Star Wars” trilogy, you’re far from alone. Hamill himself called it just that in his latest trollish post on Twitter, which features a photoshopped image of those three characters together alongside Billy Dee Williams with “Star Wars: What Should Have Been” emblazoned in the bottom-left corner. Once a joker, always a joker.

The actor addressed this habit on “Late Night with Seth Meyers” earlier this month,” saying [“’Rise of Skywalker’] comes out in December, so I only have eight months of trolling left. I love to tease the fans online, it drives them crazy. I’m sure Disney’s not that happy about it, but what are they gonna do? Fire me?” Considering what happened in Rian Johnson’s “The Last Jedi,” that seems unlikely.

Hamill previously spoke out about his character’s direction in Johnson’s film, stirring controversy yet again. “Maybe he’s ‘Jake Skywalker,’ he’s not my Luke Skywalker,” Hamill said. “But I had to do what Rian wanted me to do because it serves the story well. Listen, I still haven’t accepted it completely, but, it’s only a movie. I hope people like it. I hope they don’t get upset. I came to really believe that Rian was the exact man they needed for this job.”

He later walked those comments back. “I regret voicing my doubts and insecurities in public,” Hamill tweeted. “Creative differences are a common element of any project but usually remain private. All I wanted was to make good movie. I got more than that – Rian Johnson made an all-time GREAT one!”

Though still best known for his portrayal of Luke Skywalker, Hamill is also beloved for his voiceover work, especially as the Joker. He’ll next be heard as the voice of Chucky in the “Child’s Play” reboot.

“Star Wars: The Rise of Skywalker,” which will complete the current trilogy, will be released in theaters on December 20. If the trailer is any indication, Hamill will appear in some form

This Article is related to: Film and tagged Mark Hamill, Star Wars