Diop has been a festival favorite for years, but her Cannes slot raises her profile in a major way. 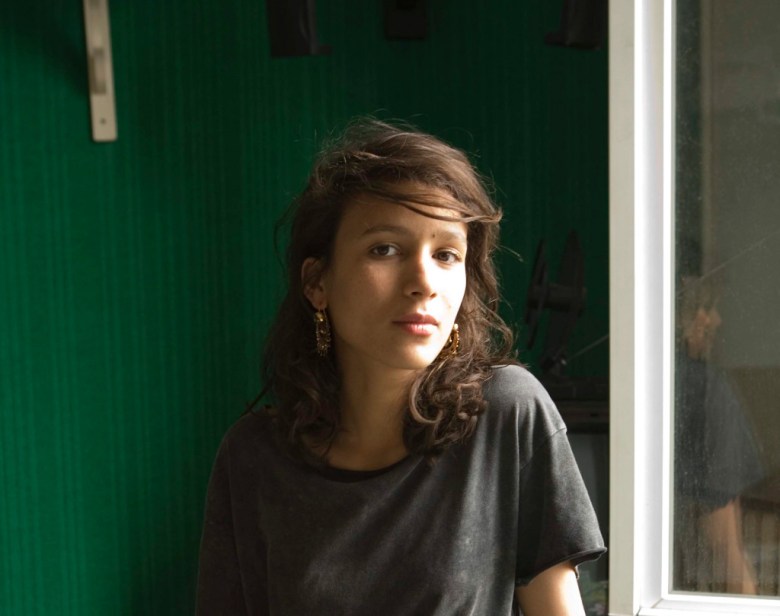 Mati Diop, niece of the late, great Senegalese cinema pioneer Djibril Diop Mambéty — director of African cinema classics “Touki Bouki” and “Hyènes” — makes her feature film directorial debut with “Atlantiques,” which will world premiere at the 2019 Cannes Film Festival. She is the first black woman with a film in the 72-year-old festival’s Competition section, and stands to be one of the biggest breakouts at Cannes this year.

Previously titled “Fire Next Time” (although not based on James Baldwin’s famous essay collection of the same name), the film is in rare company. Currently, Diop and Malian filmmaker Ladj Ly are the only filmmakers of African descent represented in competition at Cannes this year.

Diop is the daughter of Senegalese jazz musician Wasis Diop, but cinephiles will likely be more familiar with her filmmaker uncle. She first received attention from international critics and cinema enthusiasts for her work as an actress and writer in Antonio Campos’ 2012’s crime drama “Simon Killer,” for which she won the AFI FEST Special Mention for Performance award (for writing and acting).

Prior to “Simon Killer,” she starred opposite Alex Descas in celebrated French auteur Claire Denis’ drama “35 Rhums” (“35 Shots of Rum”), a role that also drew acclaim and awards recognition.

In 2013, she directed the 45-minute documentary “Mille soleils” (“A Thousand Suns”), which explored the legacy of her uncle’s seminal 1972 film, “Touki Bouki.” In her journey, she familiarized herself with her Senegalese heritage as a means to get to know “Touki Bouki‘s” two lead actors, 35 years later.

A director since the age of 22 (she’s now 36), Diop’s “Atlantiques” is based on her 2009 documentary short “Atlantique,” which screened at film festivals around the world and won several trophies, including the Tiger Award for Short Film at Rotterdam. In total, she’s directed five short films (fiction and non-), and acted in 11 (shorts and features).

“Atlantiques” tells the story of a young woman from Dakar, whose fast-paced lifestyle is disrupted by the sudden disappearance of her lover. He is soon believed to be dead, especially as bodies of some of his friends start to wash up on a Dakar beach. It’s thought that they must have gone to sea in one of the many boats (known locally as pirogues) that leave Senegal’s shores, crossing the Atlantic to Europe in a treacherous journey as the passengers seeking better prospects.

It’s a familiar and topical story tackled previously by African filmmakers like fellow Senegalese director Moussa Touré in “La Pirogue” (2012), which also world premiered at the Cannes Film Festival that year, although in the Un Certain Regard sidebar.

“This is the legend of the bird that rises from the ashes,” Diop said in a director’s statement about the film. “Here, the phoenix is a young woman. After devoting a short film to the men who leave by sea, my current interest is in the women who stay behind, the ones who wait for a brother, a lover, a son to come back.”

Diop directed from a script she co-wrote with Olivier Demangel. The film was shot in Senegal in 2018, with local actors playing characters who speak Wolof, the dominant local language.

Diop’s “35 Shots of Rum” director Claire Denis recently supported the younger filmmaker’s ambitions by programming her short in an American screening series. In an interview this week with Barry Jenkins, Denis called the opportunity to support Diop “a good thing I’ve done in my life.” She added that Diop called her when “Atlantiques” was finished. “She doesn’t need me, but I felt, this is something that I’m proud of,” Denis said. “Not because I’m a woman and she’s a young woman, no. It’s because I know what she wants to do, and I am proud of that.”