The false accusations were made in jest, which might be more readily apparent if they were actually funny or clever. 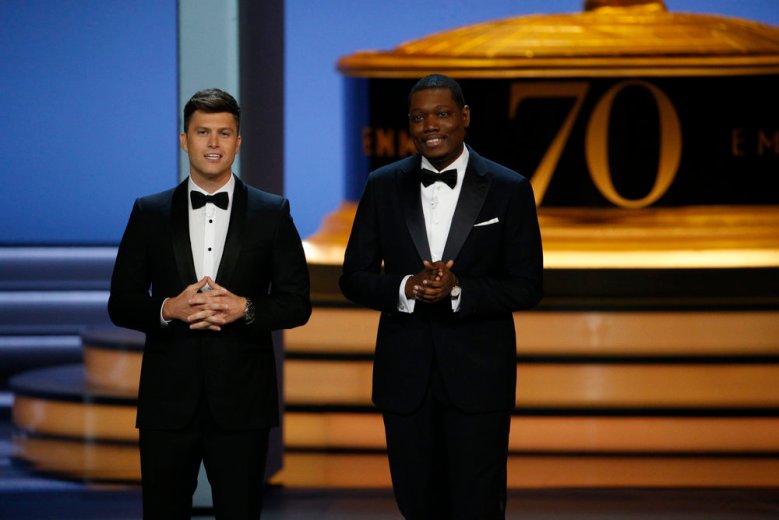 In response to Uproxx writer Steven Hyden penning an article titled “Why Does Everyone (Still) Hate ‘SNL’s Colin Jost?,” Michael Che defended his “Saturday Night Live” co-star the only way he knows how: by accusing Hyden of bestiality. In a series of Instagram stories embedded below, the “Weekend Update” anchor and “SNL” co-head writer (both duties he shares with Jost) pretended to have heard news stories about a “regular mediocre ass white dude, probably like a writer or something” who “had a secret life” involving rescuing dogs in order to perform lewd acts with them.

Che repeatedly brought up Hyden by name while pretending he wasn’t sure who the culprit was: “i dont [sic] think its [sic] stephen hyden, but that name is stuck in my head for some reason,” reads one example.

Che joined Jost on the “Weekend Update” desk in September 2014 and was named co-head writer of “SNL” in December 2017. The two co-hosted he Emmy Awards last fall and participated in WWE’s WrestleMania event together earlier this month.

The article in question isn’t as critical as its title might suggest, with Hyden arguing that “the irony of Jost’s polarizing reputation is that he isn’t really a provocateur. (This is also true of the slightly edgier Che, though he’s generally funnier.) Jost never gets in trouble for taking a dangerous position on an important issue — his comedy comes from a place of centrist, dispassionate pragmatism.”

Hyden also suggests that “the qualities that make [Jost] appealing for his ‘SNL’ co-workers — that homegrown, aggressively norm-core sturdiness — also undermine him with the general public.”

The writer, for his part, has taken the situation in stride: “Dear Michael Che, I don’t feel harassed,” he tweeted. “Your bit about me having sex with dogs was hilarious. Have a nice Easter. Your pal, Steve.” He also joked, “I just hope that one of my co-workers will take to Instagram accuse my critics of bestiality someday.”

Hyden did find it odd that Che may have gone so far as to edit his Wikipedia page to include the obviously false accusations, however.