The four-part extension of cult favorite “Miss Fisher’s Murder Mysteries” is a vibrant 1960s-set update of the original. 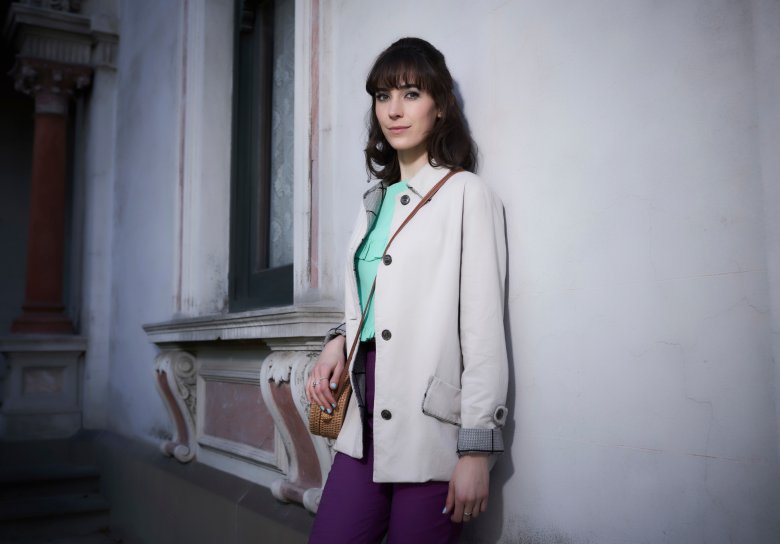 Based on the series of novels by Kerry Greenwood, “Miss Fisher’s Murder Mysteries” made a splash on ABC in Australia in 2012, telling the tale of Phryne Fisher, a detective in 1920s Melbourne who balanced crime-solving with (gasp!) cocktail drinking and (gasp!) fast car driving and (gasp!) professional-caliber flirting and (big gasp!) opinion-having. After its Aussie debut, the show gained an American fanbase with subsequent airings on PBS, Netflix, and Acorn TV.

Now, in an Acorn TV Original series that aired in Australia earlier this year and will debut in the U.S. on April 29, spinoff “Ms. Fisher’s Modern Murder Mysteries” updates the scenario to the 1960s, with Peregrine Fisher – Phryne’s niece, who inherits her estate after she disappears and is presumed dead (but c’mon, no body = no death; this is TV) – arriving on the scene to take over detective duties.

There is a comforting checklist to both Miss Fisher/Ms. Fisher incarnations, in no small part because Fiona Eagger and Deb Cox are the creators of both versions. A tart-tongued heroine? Yes, with Essie Davis’s centerpiece role in the original capably filled by Geraldine Hakewill as Peregrine. Hot cop who finds Miss/Ms. Fisher bewildering yet alluring? Joel Jackson steps up as Det. James Steed in the 1960s update. Gorgeous hit-pause-so-you-can-see-every-detail costuming? Maria Pattison has tremendous fun with the color palette and keeping the incredibly short skirts of the era still functional for the legwork required to catch murderers.

But – and what makes “Ms. Fisher’s Modern Murder Mysteries” as satisfying as its original incarnation and keeps it away from the dreaded “cozy” label, redolent of teapots and elderly tabbies – is that beneath all the glamour is the undercurrent of how women with very little interest in the tedious social expectations of their time handle their systemic dismissal with verve.

In the two episodes provided for review, uncovering the keys to the crimes stems from Peregrine’s expertise in oft-derided “women’s knowledge”: how to use a hairpin to pick locks, ways to dye hair, shoe sizing, the composition of makeup. Peregrine finds herself accepted by The Adventuresses’ Club, a group of women battling against the misogyny of their era to find a place in society where they can contribute their talents. (Louisa Mignone is a standout in this group as chemist Violetta Fellini; sure, the ol’ taking-off-the-glasses-to-reveal-she’s-a-bombshell routine is a trope, but it’s very effectively deployed here as a commentary on how messages sent by television are manipulated.)

Yes, “Ms. Fisher” is formulaic enough to be predictable – but fundamentally that’s the power of the Miss Fisher/Ms. Fisher universe. The more things change in the world, the more things stay the same.