"Mama K’s Team 4" will tell the story of four teen girls in a neo-futuristic African city who are recruited to save the world. 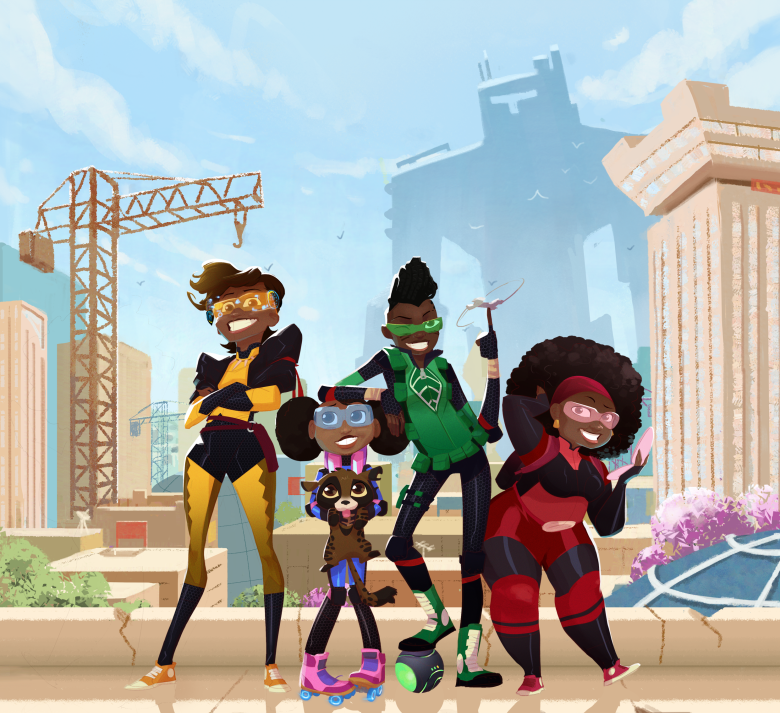 Bringing a fresh perspective to a classic cartoon genre, the series tells the story of four teen girls living in a neo-futuristic Lusaka, Zambia, who are recruited by a retired secret agent still committed to saving the world.

The news comes four months after Netflix announced its first African original, “Queen Sono,” starring veteran South African actress Pearl Thusi (“Quantico”) as a secret agent fighting crime while dealing with her messy personal life. It followed that up in February with a series order for the South African teen drama “Blood & Water,” which is directed by Nosipho Dumisa, the helmer behind the SXSW title “Number 37,” which saw a limited theatrical run last fall. It follows a local teen who discovers her family’s secret past while navigating the complicated world of a South African high school.

Earlier this year, the streamer announced its acquisition of South African drama “Shadow,” about an ex-cop with superpowers, which was released globally as a Netflix Original on March 8. And finally, at TIFF 2018, Netflix acquired Nigerian drama “Lionheart,” the directorial debut of Nollywood (Nigerian cinema) superstar actress Genevieve Nnaji. Also picked up as a Netflix Original movie, the film was released worldwide on January 4, 2019. 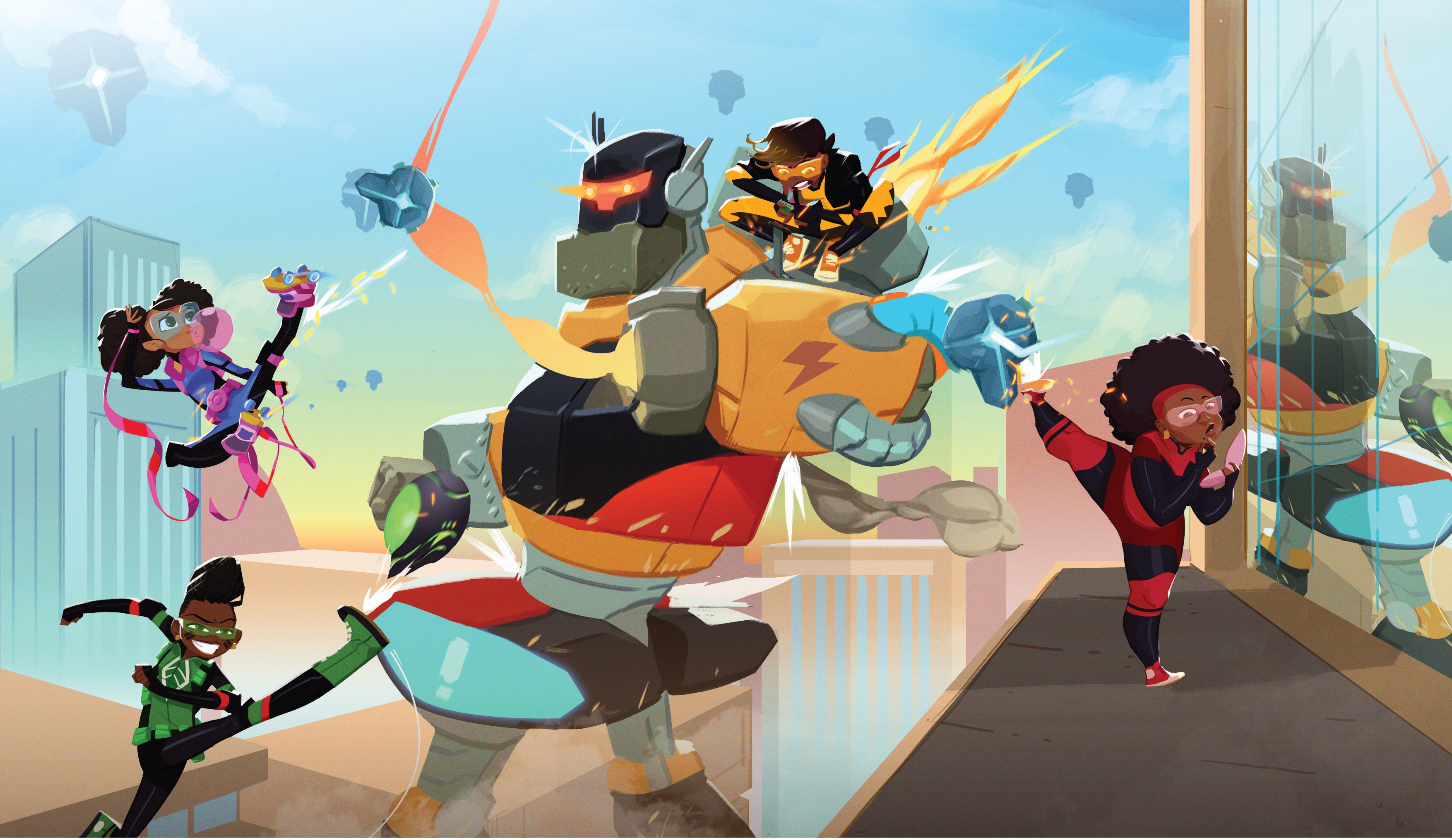 These aggressive moves by Netflix shouldn’t come as a surprise. In December, the company signaled that it planned to get serious about ordering original series and movies from the African continent, created by Africans — a step which is in line with its global ambitions.

“Mama K’s Team 4” joins Netflix’s growing slate of original animated programming designed not only for kids and families everywhere, but one that will specifically target families of African descent globally — a broad market that has historically been ignored. It offers the potential for a whole new generation of black children worldwide the opportunity to see themselves on-screen in what Netflix promises will be a powerful, aspirational series.

While animation isn’t new to Africa, what distinguishes “Mama K’s Team 4” is its backing by a global powerhouse in Netflix, and what will be an unprecedented reach (relative to other work that originates on the continent) thanks to the streaming giant’s availability in 190+ countries worldwide.

Additionally, that it centers the lives of African teen girls, and is created by an African woman — Zambian writer Malenga Mulendema — is also noteworthy. Mulendema, who was one of eight winners in the Triggerfish Story Lab initiative in 2015, a pan-African talent search, said in a statement that she hopes to “introduce the world to four strong African girls who save the day in their own fun and crazy way.” 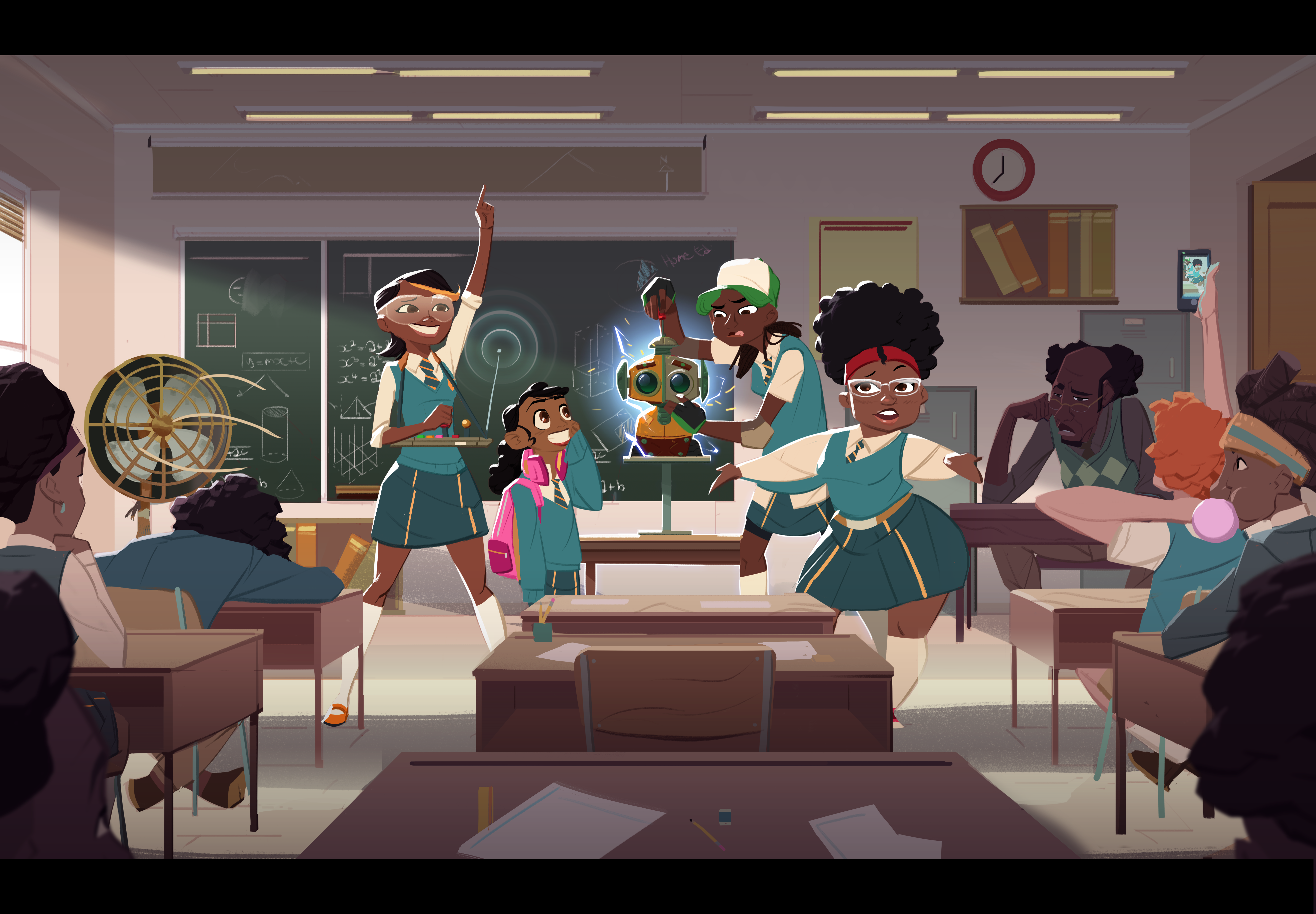 And in further support of Mulendema’s vision, Netflix is collaborating with Triggerfish and CAKE to launch a continent-wide search for local female writing talent who will join the creative team on the series, giving African women writers a unique global opportunity. Writers can find out more about the Writers Lab and how to apply at www.triggerfish.com.

Netflix is not the only American studio with African ambitions. HBO is developing “Who Fears Death,” a fantasy drama series based on the novel by Nigerian author Nnedi Okorafo, which will be executive produced by George R.R. Martin. Also, set up at Amazon is Octavia Butler’s “Wild Seed” — a love story of two African immortals who time-travel from pre-Colonial West Africa to the far future. Viola Davis is producing the series which will be helmed by “Rafiki” filmmaker Wanuri Kahiu. Additionally, Universal Pictures is developing the Kenya-set “City Of Saints & Thieves,” based on the bestselling debut novel by Natalie C. Anderson; Fox nabbed Nigerian novelist Tomi Adeyemi’s 2018 young adult fantasy “Children of Blood and Bone”; and, in February, Warner Bros. and Michael B. Jordan’s Outlier Society acquired film rights to Marlon James’ new fantasy epic novel “Black Leopard, Red Wolf,” which is based in African mythology.

The recent success of fantasy/sci-fi movies with black casts, notably “Black Panther,” likely contributed, even if in part, to this seemingly rising interest in speculative fiction set on the African continent.

This Article is related to: Television and tagged Mama K’s Team 4, Netflix