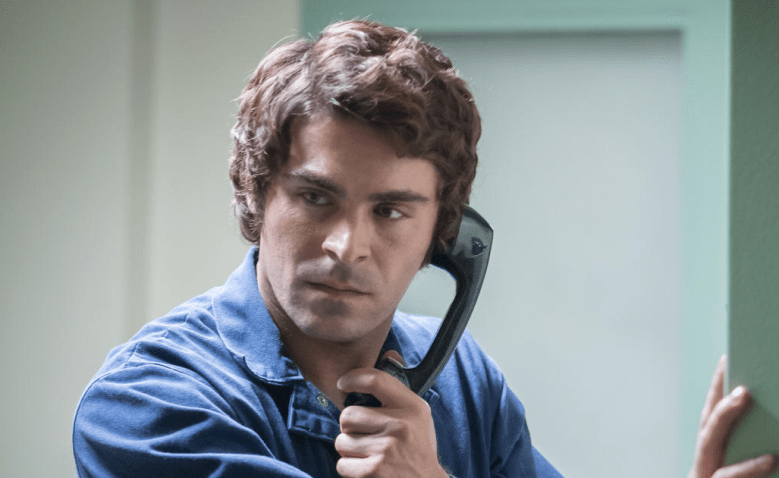 Spring is in the air, and with it a fresh batch of Netflix movies to whet your appetite. Next month, the streaming behemoth is rolling out a slew of classic titles as well as a robust slate of Original films and series. With the pending launch of Disney+ threatening to overtake Netflix’s command of the streaming market, the platform will have to step up its game if it wants to keep ahead of the game. Luckily, Netflix has the goods to back up its claim as the Iron Throne of streaming.

Beginning on the first of the month, Netflix will debut the Sundance hit political documentary, “Knock Down the House,” which follow four women running for congress in 2018, including New York’s rock star progressive Alexandria Ocasio-Cortez. Two days later, Zac Efron’s Ted Bundy flick, “Extremely Wicked, Shockingly Evil and Vile,” hits the platform. Those preferring a powerhouse-filled comedy can gear up for Amy Poehler’s directorial debut, “Wine Country,” starring Maya Rudolph, Tina Fey, and Poehler. And those are just a few of the Netflix Originals.

Check out the full list of every film coming to Netflix in May below.

“Knock Down The House” (Netflix Film)

This rousing documentary follows four extraordinary women — Alexandria Ocasio-Cortez, Amy Vilela, Cori Bush, and Paula Jean Swearengin — who take on the congressional establishment by mounting grassroots campaigns and building a movement during a time of historic volatility in American politics.

Haunted by terrifying visions, a Muslim healer finds his faith tested when he helps a woman locked in battle, body and soul, with a diabolical leader.

“Austin Powers: The Spy Who Shagged Me”

“Fear and Loathing in Las Vegas”

“To Rome With Love”

After their mother’s death, four sisters learn a shocking family secret and embark on an adventure to discover the truth about their genealogy.

A woman sexually assaulted by her new boss’s brother-in-law tries to move on as if nothing happened, but the night weighs heavily on her mind and body.

A chronicle of the crimes of Ted Bundy from the perspective of Liz, his longtime girlfriend, who refused to believe the truth about him for years.

On the run from a dogged internal affairs agent, a corrupt cop reluctantly teams up with a defiant teen to unravel a conspiracy — before it’s too late.

Standing on the precipice of adulthood, a group of friends navigate new relationships, while reexamining others, during their final summer before college.

“The Heat: A Kitchen (R)evolution”

An odd encounter with a fan and a tryst with that fan’s ex-boyfriend leads a sexually adventurous singer on an escapade in Chile.

After her partner cheats on her, an architect returns to her hometown to reassess her life with the help of her eccentric family. Based on the novel.

Fresh out of prison and forced to fend for himself on the streets of Marseille, 17-year-old Zac falls in love with a young prostitute Shéhérazade.

During a vacation to Napa Valley, a group of long time friends reunite and revisit past choices in this hilarious and heartfelt comedy from director Amy Poehler.

“Maria” (Netflix Film)
A woman whose parents were killed by a gang when she was a child grows up to be a hired assassin. Unfortunately, trying to leave that past behind is proving to be more difficult than it seems.

“Morir para contar” (Netflix Film)
Seeking answers after a life-changing incident in 2012, filmmaker Hernán Zin interviews other war reporters about the personal toll of their work.

Joy is a young Nigerian woman, caught in the vicious cycle of sex trafficking. She works in this merciless system of exploitation to pay off debts to her exploiter Madame and supporting her family in Nigeria.

“Rim of the World” (Netflix Film)

Four misfit campers must band together and conquer their fears in order to save the world during an alien invasion.

A troubled musical prodigy (Allison Williams) seeks out the new star pupil (Logan Browning) of her former school with shocking consequences in this elegant and terrifying suspense ride, the most buzzed-about movie at last year’s Fantastic Fest.

“Disney’s The Nutcracker and the Four Realms”

An under-confident but talented girl, who is sidestepped at every stage of her life, seeks out an enigmatic con to help recover her stolen car from a goat-loving crazy Mumbai gangster and in the process finds her confidence and place in the sun.

“My Week with Marilyn”

A minister who researches religious cults turns to his Buddhist monk friend for help investigating a new group with mysterious origins.

“Always Be My Maybe” (Netflix Film)