Eddie Gonzalez and Jeremy Haft tell IndieWire that if Season 3 gets the greenlight, "you're going to see people really come into their own." 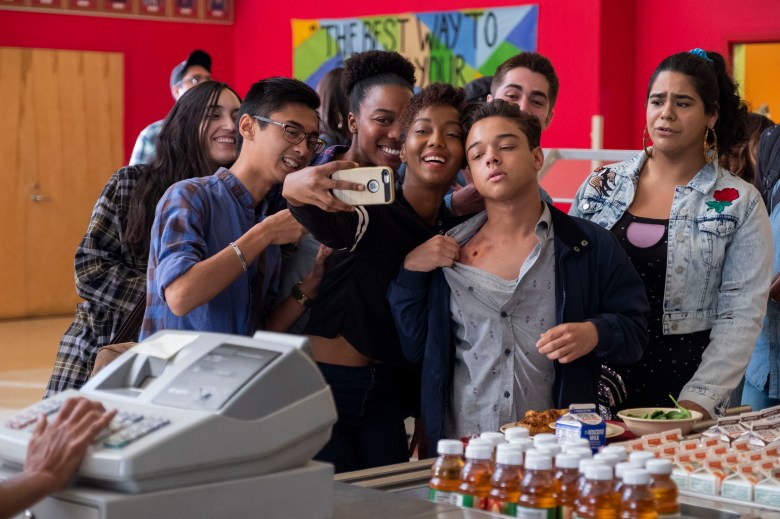 [Editor’s note: The following contains minor spoilers for “On My Block” Season 2.]

The stealth Netflix favorite “On My Block” returned for a second season last Friday, and according to its creators, they have many more years’ worth of story to tell. Which is good news for the loyal fanbase of the young adult dramedy’s central cast — Cesar (Diego Tinoco), Monse (Sierra Capri), Ruby (Jason Genao), and Jamal (Brett Gray) — as they grow up faster than they might like in a rough Los Angeles neighborhood.

The origins of “On My Block” began when long-time writing partners Eddie Gonzalez and Jeremy Haft met their co-creator Lauren Iungerich on the picket lines of the 2007 WGA Writer’s Strike. A few years later, after Iungerich had created the popular MTV series “Awkward,” she and Haft were having lunch. “She said to me, ‘You know, “Awkward” had so many fans that were kids of color. I want to do a show with kids of color. They never really have anything. Do you know anyone who would like that?’ I’m like, ‘Uh, you know Eddie grew up in Linwood? Eddie was born in Compton. He has 117 first cousins, and Eddie’s Mexican.'”

The development process, Gonzalez said, consisted of the three of them meeting at a Panera Bread in Sherman Oaks, where he would tell stories about his childhood. “My view of the world growing up in that area was, yes, I grew up in a dangerous neighborhood, but I had all the same aspirations that a kid would in a nice, suburban neighborhood anywhere in the United States … or anywhere in the world, for that matter,” he said. “I think we probably spent, what, six weeks together at Panera before we went to four places to pitch the show, and we were fortunate enough to sell it at Netflix.” 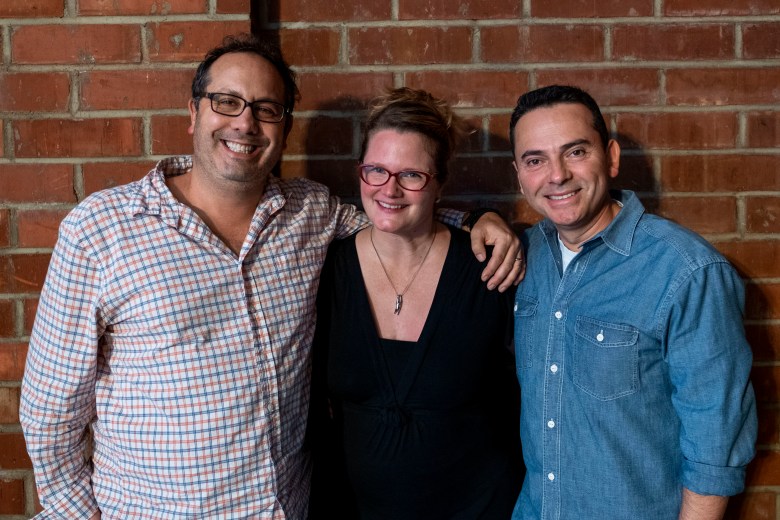 The show features a unique tone, with dark moments balanced by lighter scenes, which came from Gonzalez’s stories. “When Eddie talked about his childhood, the stories were not bleak and gray at all,” Haft said.

Added Gonzalez, “Here’s the thing about growing up in a place like that. People always think it’s this horrible place to grow up. It’s actually just the opposite. There’s comedy. There’s tragedy. But more than anything else, there is this sense of community. There’s this vibrancy. There’s a sense of color in the neighborhood that feels so great. So, when creating the show, what we wanted to do is we wanted to create a show that highlighted that; that wasn’t just about these bleak aspects of growing up in the inner city. So, the tone actually comes from the origin place, for lack of a better word. That’s what it was like when I was growing up, and that’s what we tried to capture.”

Season 1 ended with a dramatic cliffhanger, as Ruby finally gets his chance to kiss his crush Olivia (Ronni Hawk) — which gets interrupted moments later when the two of them get shot by Latrelle (Jahking Guillory). In the finale’s last moments, it’s not clear who lived and who died in the aftermath, a question which would have been left unanswered if the show had not been renewed.

Gonzalez said that the Season 1 cliffhanger was integral to Ruby’s journey as a character. “When we sold the show, in the original pitch, we talked about how Ruby’s big journey was becoming a man; finally being seen as Ruben and not Ruby. Part of being a man was to finally get the girl of his dreams. While we’re pitching this to the executives, they’re getting sucked in because we go, ‘and by episode 10, he finally gets that kiss; that kiss he’s been yearning for all season long. He gets that kiss. Oh, and then the girl he kisses dies.’ The looks on their faces were like, ‘Wait, what? How can that happen?’ But that’s what we were always driving to. It was always by design that Olivia was going to be murdered in the first season.” 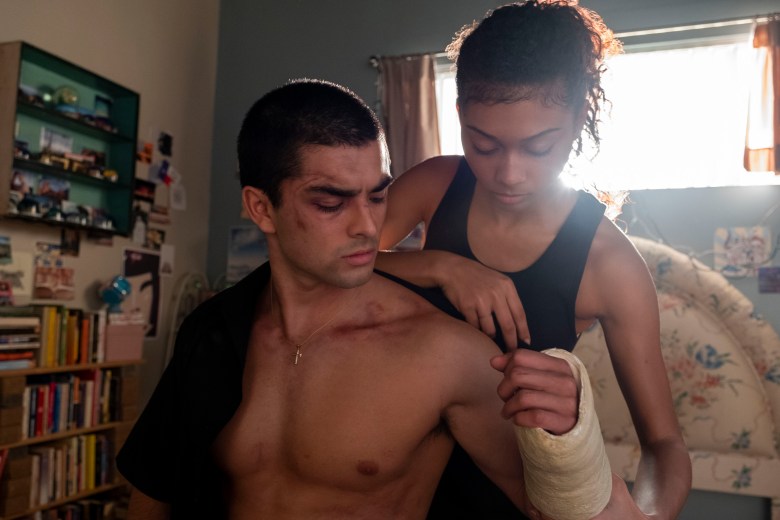 Were they worried about that ending never getting resolved? Gonzalez said no, because “the biggest concern when we were writing the show was story, because we thought if we told a great, compelling story that people could relate to, we would get a renewal. But that wasn’t the main reason to do it. As a writer, you want to write stories that hook people. You want a visceral response to your work. So, when we were writing that, we just cared about telling the best possible story, and whatever happens, happens.”

And if the show hadn’t been renewed, Gonzalez continued, “we would say, ‘you know what? We entertained ourselves for 10 episodes.'”

Season 2 ends with another cliffhanger, one geared to set up a potential Season 3, with, in Haft’s words, “with the most excitement, the most interest and the most story possible.”

Gonzalez said that when it comes to thinking about Season 3, “we have some tentpole ideas. I’d be lying to you if I told you exactly what Episode 1 is, but we know where we want to drive to, so that’s an important thing.”

As for future seasons, they don’t have a set number in mind (though Haft joked that “we were thinking that we were going to break ‘The Simpsons’ record.”)

“What we can tell you is that, in communities like that, there are so many great stories. Because of that, that will help us with the story moving forward. I mean, I have 117 first cousins. I can mine a lot of material from those cousins alone,” Gonzalez said.

That means future seasons of “On My Block” could expand the core ensemble — and in fact, Haft and Gonzalez now refer to the “core five” characters as opposed to the “core four,” because of the increased presence of Season 1 breakout character Jasmine (Jessica Marie Garcia). 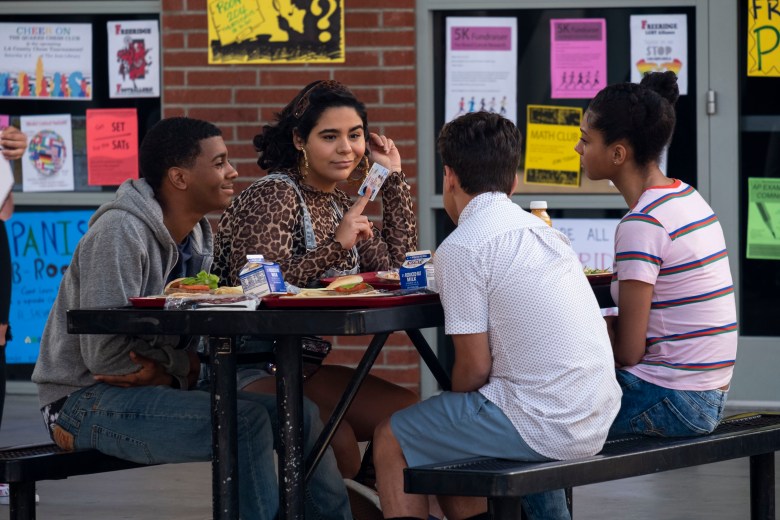 “With Jasmine, in Season 1, she was very funny. She was very comedic. But [in Season 2] we wanted to show her layers, her depth, what’s underneath the skin, so to speak. So, we got to explore her more,” Gonzalez said. “Fully dimensionalizing people is very important to us.”

When it comes to that potential third season, Haft said that beyond the cliffhanger, “You’re going to see people really come into their own in Season 3. You saw Monse basically telling the boys, ‘You know what? I’m tired of being on your team. It’s time to be on Team Monse.’ So, you’re going to see her come into her own in Season 3. I’ll leave that to your interpretation of what that means.”

One aspect of the series that has pleasantly surprised the creators, from the beginning, was the passion of their fanbase, as well as how diverse it is. “We have adults who are 40 and 50 years old, to little kids, telling us that for the first time ever, they see themselves on TV,” Haft said. “Imagine being a 40 or 50-year-old, and this is the first time you’ve seen an authentic character represent you or your friends or your neighborhood. That means a lot.

Gonzalez agreed. “What really surprised me is when we would have these DMs on Twitter coming from kids in India, or Brazil, or the UK, and they’re saying something about how they see themselves in Jamal or Ruby. I thought it would connect with kids in the inner city, I thought it would connect with a lot of different people — but not to that extent.”

“On My Block” is streaming now on Netflix.

This Article is related to: Television and tagged Eddie Gonzalez, Jeremy Haft, Netflix, On My Block