After canceling the series in March, Netflix now has to decide if it's in its best interests for Season 4 to launch on another streaming service. 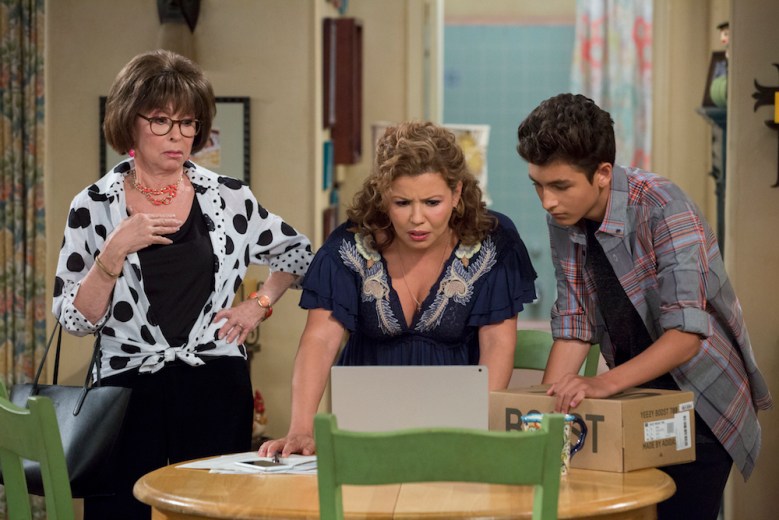 Rita Moreno and Justina Machado in “One Day at a Time”

After continued efforts behind the scenes to renew “One Day at a Time,” Vulture is reporting the former Netflix original series has received an official pickup offer from CBS All Access.

Sony Pictures Television, which has produced each season of Gloria Calderon Kellett and Mike Royce’s half-hour sitcom, has been in talks with multiple platforms to find “ODAAT” a new home, and the CBS streaming service has now placed an official bid. The main holdup is Netflix, which can veto another streaming network from picking up its canceled shows for at least two years after cancellation.

According to the report, executive producer Norman Lear (who created the original “One Day at a Time” in 1975) personally reached out to Netflix’s Ted Sarandos to request he allow the deal to continue. If Netflix agrees, Sony Pictures TV and CBS All Access would still have to agree on financial terms to move forward with Season 4.

While Netflix can stop any deal sending the show to another streaming service, it cannot prohibit a move to cable or broadcast. That would seemingly allow other CBS affiliates to step in should the All Access deal get blocked, but the budgets allocated to streaming series like “ODAAT” are typically far greater than those on cable and broadcast, which is most likely why the current proposal is for the upstart All Access.

Netflix has no clear incentive to allow the deal to go down. Not only would it allow one of their exclusive properties to exist on another platform — clouding the perception that Netflix originals are only available on Netflix — but it could set a dicey precedent for other cancelled series looking to survive elsewhere. If it allows this deal to go through, why would it stand in the way of future revivals?

And that’s a very real possibility. As Netflix continues to grow, its original series will be seen as more and more valuable to other streaming services with smaller audiences. If “ODAAT” averaged, say, 3 million viewers, that might not be enough for Netflix to keep it, but that could be a huge audience for other streaming services.

That being said, the streaming giant has put itself in an awkward position given how it announced the cancellation of “ODAAT.” Netflix’s original tweets caught serious flack, both for insisting representative stories like these are important while shutting this story down, and for commending the “outpouring of love” from fans… that still wasn’t enough to justify renewing “ODAAT” for Season 4.

Right now, it’s the first tweet that could be most irksome, as it reads “…we spent several weeks trying to find a way to make another season work” — well, now there’s a very obvious way to make it work. How will Netflix respond?

This Article is related to: Television and tagged CBS All Access, Netflix, One Day At A Time