The Orchard found success in the U.S. releasing Taika Waititi's "What We Do in the Shadows" and "Hunt for the Wilderpeople." 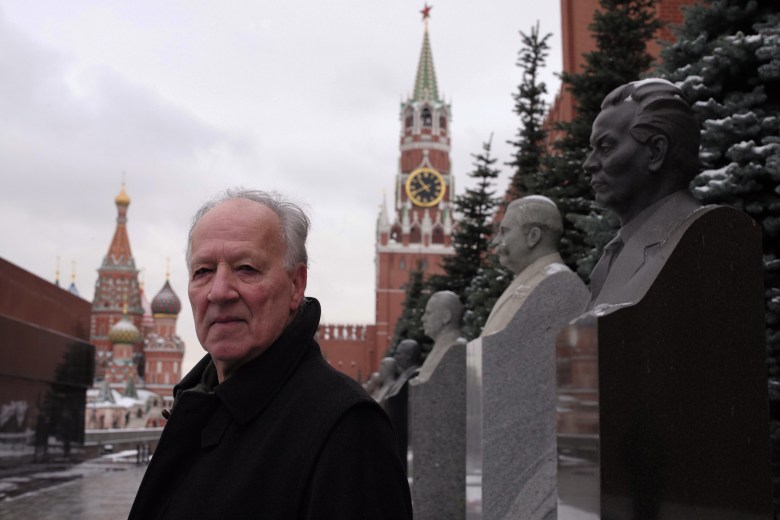 Werner Herzog in front of the Kremlin in “Meeting Gorbachev”

The Orchard Film Group has officially relaunched as 1091, a new distribution company for independent film and television content creators. The announcement was made by Daniel Stein and Joe Samberg, principals of 1091 Media. Stein will take an active role in the company as executive chairman. The name 1091 comes from the address number of Stein and Samberg’s investment firm, which was The Orchard’s original investor in 2003.

In addition to announcing the new company name, 1091 has already set its first two theatrical releases in the U.S.: Werner Herzog’s political documentary “Meeting Gorbachev,” which will open May 3, and the fashion documentary “Halston,” which will debut in theaters May 24. Both films will be shown at the Tribeca Film Festival.

“This is a homecoming in many ways for Joe and me, having originally launched the business in 2010 when we owned The Orchard,” Stein said in a statement. “With the dramatic shifts in the content and distribution landscape, more content is being created and delivered to more platforms than ever before. We look forward to building on our relationships with filmmakers and content creators. We have an outstanding management team with a strong track record that will take 1091 in an exciting new direction, with continued support and investment, including a renewed focus on expanding partnerships for our leading action sports content catalogue.”

The Orchard is well known in the indie film world for releasing films such as Taika Waititi’s “What We Do in the Shadows” (digital release) and “Hunt for the Wilderpeople,” plus “American Animals,” “The Hero,” “We the Animals,” “The Overnight,” “Birds of Passage,” “Neruda,” “El Angel,” “BPM (Beats Per Minute),” “The Dawn Wall,” among many more.

This Article is related to: Film and tagged 1901, Meeting Gorbachev, The Orchard