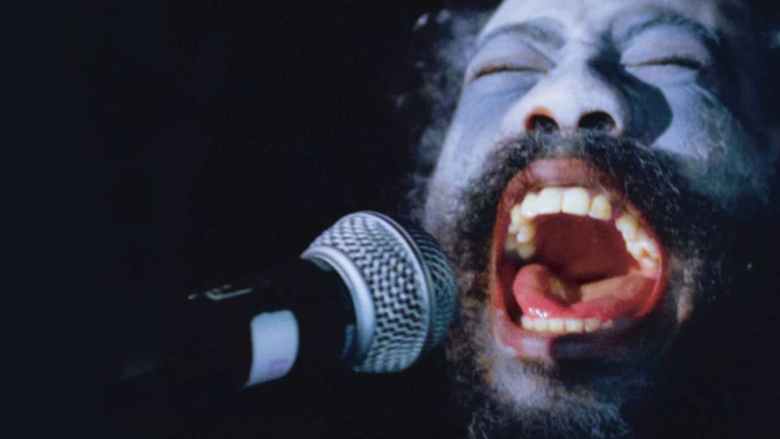 “A Spell to Ward Off the Darkness”

OVID.TV, the newly launched streaming platform created by eight independent-film distributors, is expanding its library. The service has made 10 new titles available to watch, most notably Ben Rivers & Ben Russell’s “A Spell to Ward Off the Darkness” — a Locarno 2013 premiere that travels from an Estonian commune to a Norwegian black-metal show without losing a beat.

Even in the wake of FilmStruck’s closure, the streaming space for film is increasingly crowded. The Criterion Channel officially launches next Monday, April 8, with considerably larger ventures from Disney, Apple, and WarnerMedia forthcoming; even so, OVID fills such a particular niche that its offerings are unlikely to be found elsewhere. Full information on the 10 new titles:

“A Spell to Ward Off the Darkness” (dir. Ben Rivers & Ben Russell): This festival favorite follows a mysterious character through three seemingly disparate moments in his life.

“Alena” (dir. Daniel di Grado): A transfer student to a prestigious boarding school is bullied by her classmates, but a new friend takes a peculiar interest in exacting revenge on her behalf.

“Alois Nebel” (dir. Tomas Lunak): After the Velvet Revolution, a middle-age Sudetenland train dispatcher is visited by ghosts from his and the region’s past in this visually accomplished feature.

“The Chef’s Wife” (dir. Anne Le Ny): The wife of a chef begins to feel overshadowed by her successful husband and decides to go to a career counselor, an equally dissatisfied woman.

“Down by Love” (dir. Pierre Godeau): A female inmate falls in love with the prison warden for her detention centre in this steamy French feature.

“Egg and Stone” (dir. Huang Ji): A 14-year-old girl tries to come to terms with her emerging sexual maturity.

“The Great Game” (dir. Nicolas Pariser): A one-time best-selling author agrees to be an influential man’s ghostwriter. When he recognizes how much controversy the book will cause, the author realizes his life may be at stake.

“Hippocrates: Diary of a French Doctor” (dir. Thomas Lilti): Benjamin (Vincent Lacoste) is forced to confront his limitations and fears after he goes to work in his father’s practice to become a doctor.

“Monsieur and Madame Adelman” (dir. Nicolas Bedos): A French writer and his wife, once a brilliant student, experience 40 years of pain and happiness.

“Tharlo” (dir. Pema Tseden): After Tharlo decides to sell all of his sheep and use the money to go out into the world with a woman he’s just met, he finds himself being deceived by her.

This Article is related to: Film and tagged A Spell to Ward Off the Darkness, OVID.TV