Would the legendary director make a Marvel movie? “No, no! I don’t think so. It’s too big for me!" 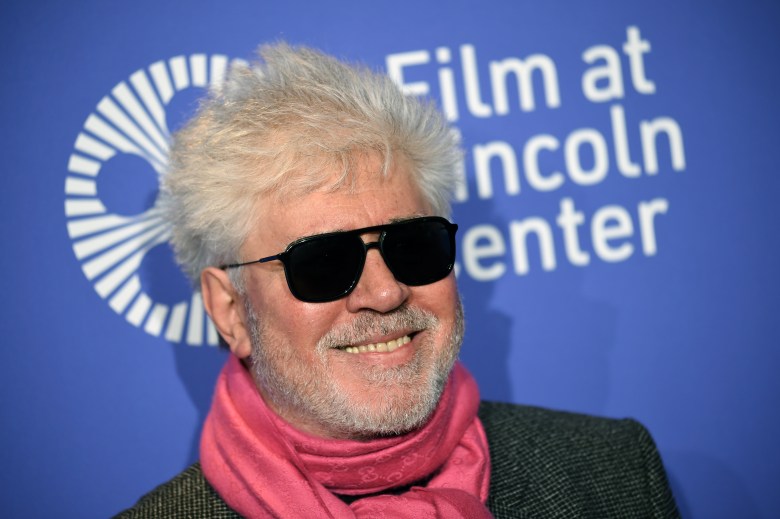 Pedro Almodóvar is one of cinema’s all-time great sensual filmmakers and a director who has committed his career to bringing all types of sexuality to the big screen. No wonder the Spanish legend is not interested in the sexless Marvel Cinematic Universe. Catching up with Vulture during Film at Lincoln Center’s 50th anniversary gala, Almodóvar expressed disappointment with the superhero genre draining the sexuality out of its characters.

“Here, perhaps, there is a kind of self-censorship that doesn’t allow the writers to write other kinds of stories,” Almodóvar said. “There are many, many movies about superheroes. And sexuality doesn’t exist for superheroes. They are neutered. There is an unidentified gender, the adventure is what’s important. You can find, among independent movies, more of this sexuality. The human being has such sexuality! I get the feeling that in Europe, in Spain, that I have much more freedom than if I worked here.”

For this reason and others Almodóvar is not planning on directing a Marvel movie any time soon. “It’s too big for me!” the director added. “I like to see what I’m doing, to direct movies the same day. You have to wait too long to see the results [with big movies]. I like being able to impose my opinion as a director. I’ve made 21 movies. I’m used to doing it the way I like, not fitting with the Hollywood system.”

Almodóvar is taking his new movie, “Pain and Glory,” to the Cannes Film Festival next month. The movie is competing for the Palme d’Or against new projects from Jim Jarmusch, Bong Joon-ho, and more. The film reunites Almodóvar with Antonio Banderas (“Tie Me Up! Tie Me Down!,” “The Skin I Live In”) and Penélope Cruz (“Broken Embraces” and “Volver,” which earned Cruz an Oscar nomination for Best Actress). The plot takes inspiration from Federico Fellini’s “8½” by centering on an aging filmmaker who looks back at the pivotal figures from his life. Sony Pictures Classics is handling the film’s domestic release. The project is Almodóvar’s first directorial effort since his 2016 melodrama “Julieta.” Sony has not yet announced a U.S. release date for the movie.