Cinematographer Dick Pope pulled from Kurosawa, iconic illustrations, and documentaries for the crowning achievement of his career. 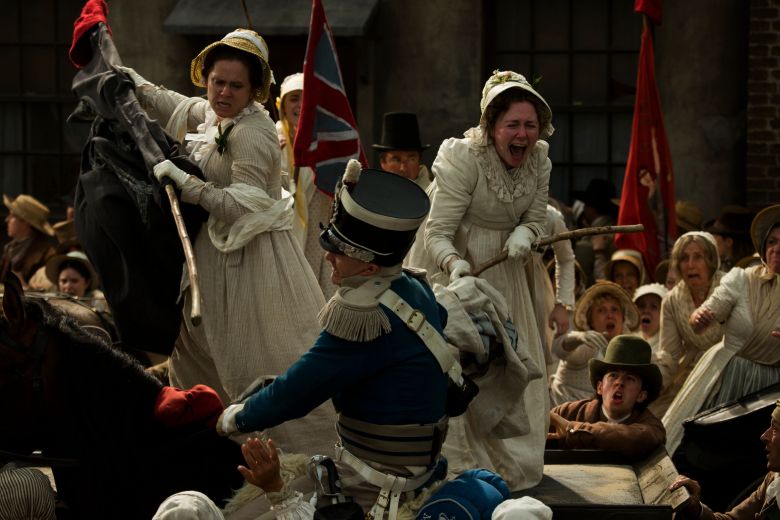 The climactic massacre from “Peterloo” may well be the crowning achievement of the nearly three-decade collaboration between director Mike Leigh and cinematographer Dick Pope. Commemorating the 200th anniversary of the brutal government crackdown of the political rally in Manchester’s St. Peter’s Field, the event marked the first action sequence for Leigh and Pope, thrusting them into new cinematic territory.

The Peterloo Massacre was a massive undertaking in terms of scale and managing a cast of hundreds. The filmmakers reenacted the infamous tragedy, in which the cavalry charged a crowd of more than 60,000 gathered to demand increased parliamentary representation after the English economy was ravaged following the Napoleonic Wars. Hundreds were injured and 15 people were killed. But despite its complexity, the massacre did not deviate from Leigh’s method of shooting unscripted and workshopping the staging and performances.

“It was less a technical challenge and more a matter of great concern and worry to me,” said Pope. “Shooting this massacre with its hugely ambitious scale, while exposed to the elements for over four weeks, and having to maintain and protect the look during that entire period, was something that preyed continually on my mind for the weeks and months before we came to shoot it in August, 2017.” 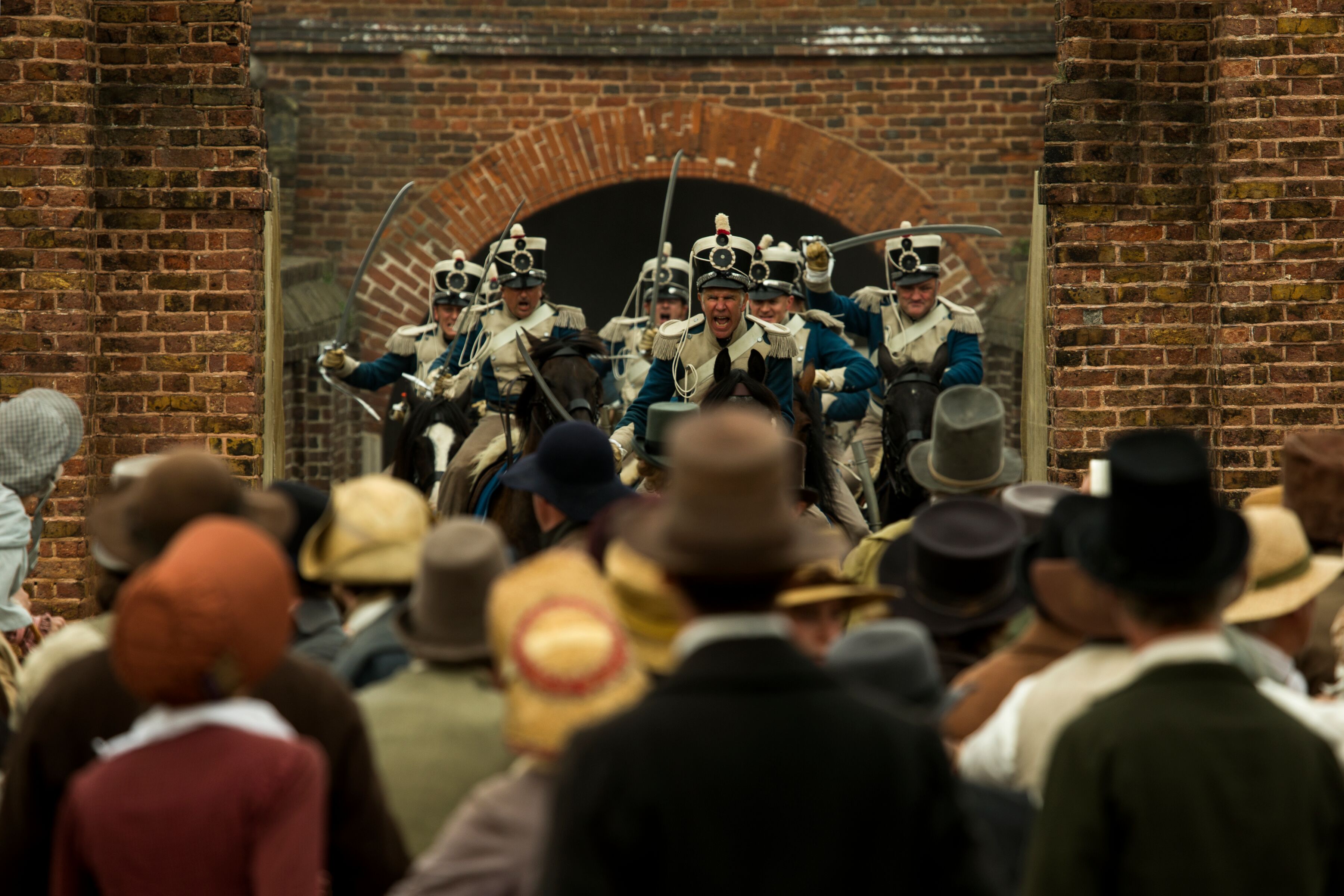 First, Pope was worried keeping the look consistent. “I knew the weather would be an uncontrollable nightmare, and it was,” he said. “The real Peterloo itself took place over the course of a few hours on a brilliant, hot August day, but we, of course, inevitably had mostly dull, rainy days. So, by far, the biggest challenge for me was trying to make sure that what we shot on August 1st looked the same as what we shot on August 31st — during what turned out to be a lousy summer, with plenty of wind, rain, and storms. When we shot and Mike was devising these massacre scenes, I was always there trying if possible to choreograph the angles to maximize best light, either artificial or sunlight, though we didn’t have much of that. We shot from first thing in the morning until last light everyday, whether or not we had sunshine. And I had to work very hard on every single shot of that sequence to achieve a visual consistency.”

For research, Pope revisited the battle scenes of Akira Kurosawa’s legendary “Seven Samurai” and “Ran” (particularly the magnificent set pieces where the horses sweep into villages and forts, cutting through crowds in total panic). Like Kurosawa, Pope used three cameras (Alexas) and shot on long lenses (Leica Summicrons) to compress all of the elements in the frame and make the backgrounds appear closer.

“Even if there is, for instance, a big safety gap between the actors on the ground and the horses racing around in front or behind them, a long lens makes it appear all stacked up,” added Pope. “Also, importantly for us, there were 60,000-80,000 people at St Peter’s Field that day, and we only had a few hundred [extras] — sometimes a lot fewer. Going longer and stacking them all up was essential in suggesting a bigger crowd.” 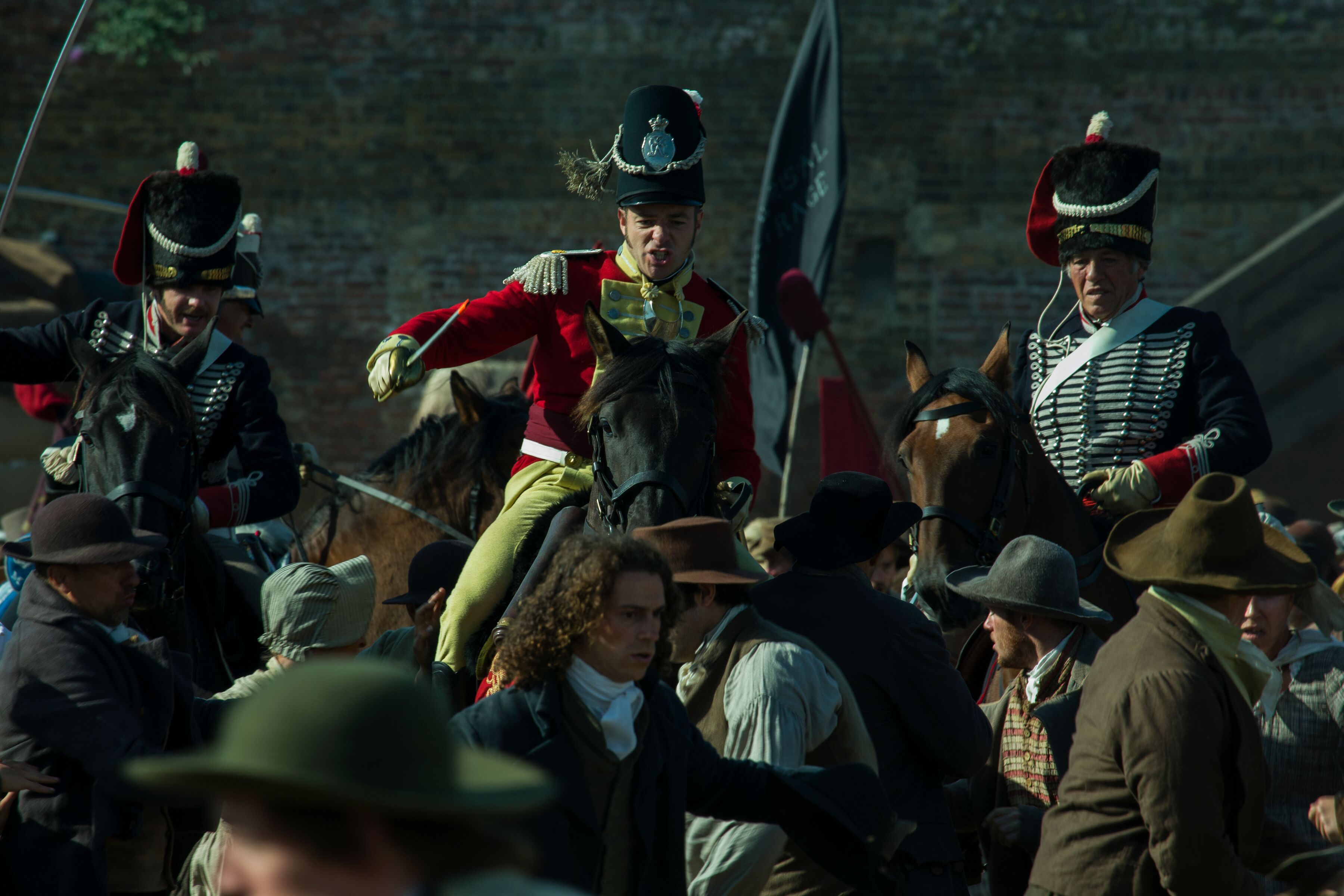 Crucially, Pope also studied the illustrations and satirical drawings of artist George Cruikshank, whose depictions of the massacre “crammed every element into the frame, stacked one on top of the other like early animation,” Pope said. “They show the crowd, the orators on the hustings, the chaos of the cavalryman attacking the throng, and have a flat, almost two-dimensional look, where the foreground, middle, and background elements are compressed and layered closely together as if seen through a long lens.”

On top of that, Pope and Leigh studied documentary footage of the UK miner’s strike in ’84, “when many police on horseback rode into a huge crowd of picketing miners and just ran amok,” Pope said. “It was a bloody confrontation and a very bad chapter in Thatcher’s Britain. The very heavy-handed techniques the police used had lots of parallels with Peterloo, and I got quite a few ideas from studying how newsreel camera crews spontaneously covered the event, again mostly on long lenses.”

The crew shot the massacre sequence at Tilbury Fort (without storyboards), an ancient fort on the banks of the river Thames, a desolate place with few 19th-century architectural features. “The ground was wrong, with a hard granite cobbled surface,” Pope said, “and because the horses couldn’t run on it, many, many lorry loads of sand were brought in to cover the surface. But, in fact, this not only helped make the field look authentic, but, in practice, really helped the atmosphere when we filmed, as there was a lot of dust kicked up, which, along with the smoke we pumped in, gave me a fantastic, evocative look.” 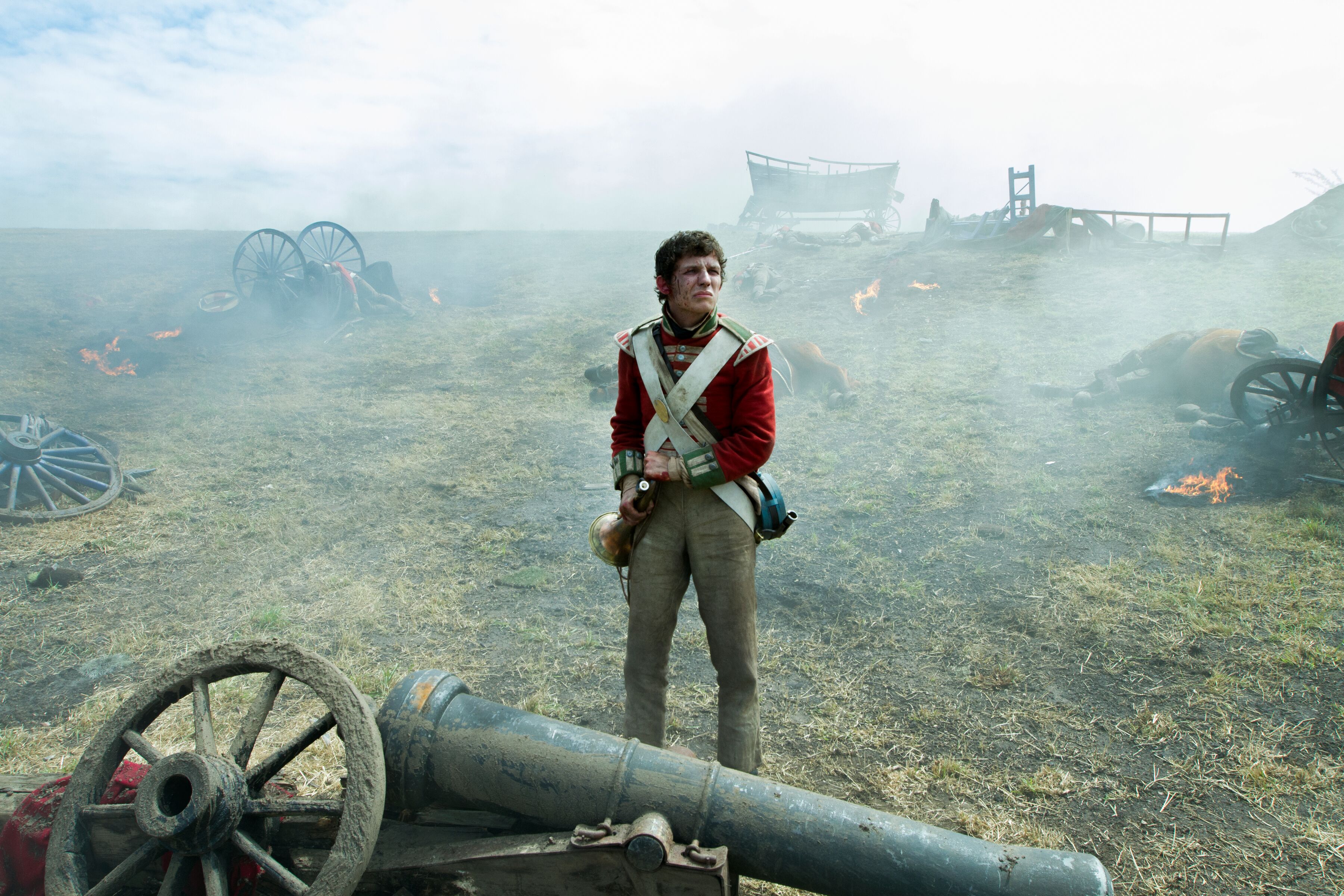 Pope tried to keep the action simple yet subtle, and opened up the color palette for the massacre, keying on the reds and blues of the soldiers’ uniforms. It was a claustrophobic nightmare of chaos and fear, which draws the viewer in with a direct simplicity that makes the brutality all the more sickening. He even dramatized the experience for a traumatized soldier who survived Waterloo by using a Technocrane to develop a traveling shot of the battlefield that eventually spirals into a close-up of his shell-shocked face.

However, Pope’s favorite shot was improvised: “A denouement to what we were doing, something that brought together all the elements,” he said. “So we put the camera very low down but looking right up and therefore seeing no background. Steve Dent, the stunt coordinator, then threw everything he had, all his stunt people and horses, all packed tightly together and forming a circle around the camera and immediately behind them we brought in all our extras. We then spun the camera round and round, everything violently swirling about in the dust, evoking complete chaos, a kind of macabre merry-go-round. We did, in fact, have glorious low sun for this but it was just about to set so we had limited time. We just got it!”