Who is Leonardo DiCaprio's Rick Dalton? Allow Tarantino to explain himself. 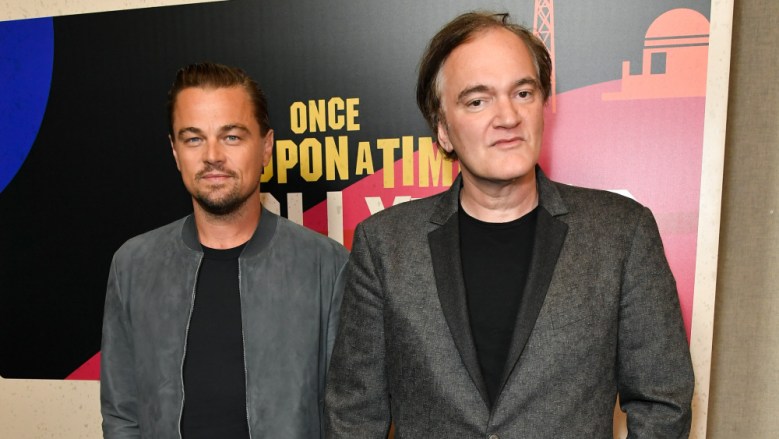 Quentin Tarantino is returning to theaters this year with “Once Upon a Time in Hollywood,” but much of his new directorial effort remains shrouded in mystery. Outside of a basic plot description (set in 1969, the film follows a television actor and his stuntman as they try to break into the movie business), Tarantino is wisely building anticipation for “Hollywood” by keeping fans mostly in the dark. Not even the film’s first trailer gave away any plot specifics.

Speaking to USA Today, Tarantino dropped some brief teases about his new characters. The film’s protagonist, Rick Dalton, is played by Leonardo DiCaprio, who earned acclaim for playing the villain in Tarantino’s “Django Unchained.” Dalton had a successful career starring on a western television series, but he’s struggling to make it as a movie star.

According to Tarantino, Dalton is “a man full of inner turmoil and self-pity for not being in a better position, career-wise. But as is Rick’s way, he blames everybody but himself.” Sounds like Rick will give DiCaprio the chance to re-explore the achieve-your-goal-at-all-costs mentality that was front and center to his work in Martin Scorsese vehicles “The Aviator” and “The Wolf of Wall Street,” both of which earned the actor Oscar nominations.

Rick’s stuntman is Cliff Booth, played by Tarantino’s “Inglourious Basterds” lead Brad Pitt. The director calls Cliff “indestructible” and a “World War II hero” who is one of the “deadliest guys alive.”

“He could kill you with a spoon, a piece of paper, or a business card,” Tarantino said of Pitt’s character. “Consequently, he is a rather Zen dude who is troubled by very little.”

Anyone who watched the first “Hollywood” trailer got a taste of Cliff’s attitude as the character is seen fighting against Bruce Lee (played by Mike Moh). Expect Tarantino to draw a lot of humor from the contrast between Rick and Cliff’s personalities. As for Margot Robbie’s Sharon Tate, Tarantino is staying quiet on how the actress and her murder at the hands of the Manson family factor into the story. While nothing is confirmed, it appears likely Rick’s efforts to break into Hollywood will have something to do with Tate and the Manson cult.

Sony is releasing “Once Upon a Time in Hollywood” in theaters nationwide July 26.

This Article is related to: Film and tagged Brad Pitt, Leonardo DiCaprio, Once Upon a Time in Hollywood, Quentin Tarantino