Both the original and extended versions of "The Hateful Eight" are now streaming on Netflix. 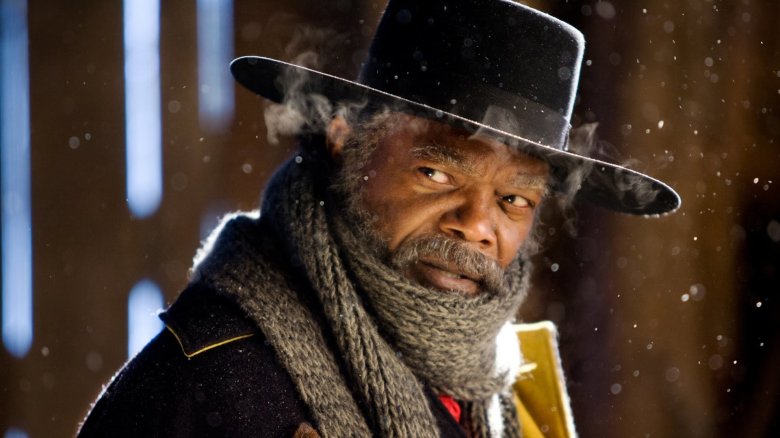 Netflix excited Quentin Tarantino fans when it announced in March that an extended version of the director’s “The Hateful Eight” would be available to stream this month. The extended edition landed April 25 on Netflix as planned, albeit with one massive surprise: The movie has been uploaded as a miniseries with four episodes each running approximately 50 minutes. The film’s theatrical edition continues to stream on Netflix as a feature film, as well.

The four episodes of “The Hateful Eight: Extended Edition” are titled “Last Stage to Red Rock” (50 minutes), “Minnie’s Haberdashery” (51 minutes), “Domergue’s Got A Secret” (53 minutes), and “The Last Chapter” (56 minutes). The first three episodes match up to corresponding chapter titles in Tarantino’s theatrical cut. The film’s second chapter, “Son of a Gun,” has been absorbed into the extended cut’s first episode. The “Last Chapter” episode encompasses the final two film chapters: “The Four Passengers” and “Black Man, White Hell.”

“The Hateful Eight” opened in theaters in December 2015 to mixed reviews and box office. While the film earned $155.8 million opposite a production budget in the $50 million range, the movie was an expensive release for The Weinstein Company as Tarantino shot the film in 70mm. The western thriller won Ennio Morricone the Oscar for Best Original Score, while Robert Richardson and Jennifer Jason Leigh picked up noms for Best Cinematography and Best Supporting Actress, respectively.

Tarantino’s theatrical cut ran 168 minutes, while the four episodes of the extended cut make up 210 minutes. “Hateful Eight” was Tarantino’s last directorial effort, but the filmmaker is returning to the big screen this year with the release of “Once Upon a Time in Hollywood,” which he’s currently editing in hopes of premiering at the Cannes Film Festival next month. “Hollywood” reunites Tarantino with “Django Unchained” star Leonardo DiCaprio and “Inglourious Basterds” lead Brad Pitt. Sony is opening “Hollywood” nationwide July 26.

The film, set after the American Civil War, stars Samuel L. Jackson, Kurt Russell, Jennifer Jason Leigh, Walton Goggins, Demián Bichir, Tim Roth, Michael Madsen, and Bruce Dern as eight strangers who seek refuge from a blizzard only to discover some are hiding secrets. IndieWire has reached out to Netflix for further comment about the “Hateful Eight: Extended Edition” release.

This Article is related to: Film and tagged Netflix, Quentin Tarantino, The Hateful Eight